Overall, Canadians are hopping on the smart speaker train 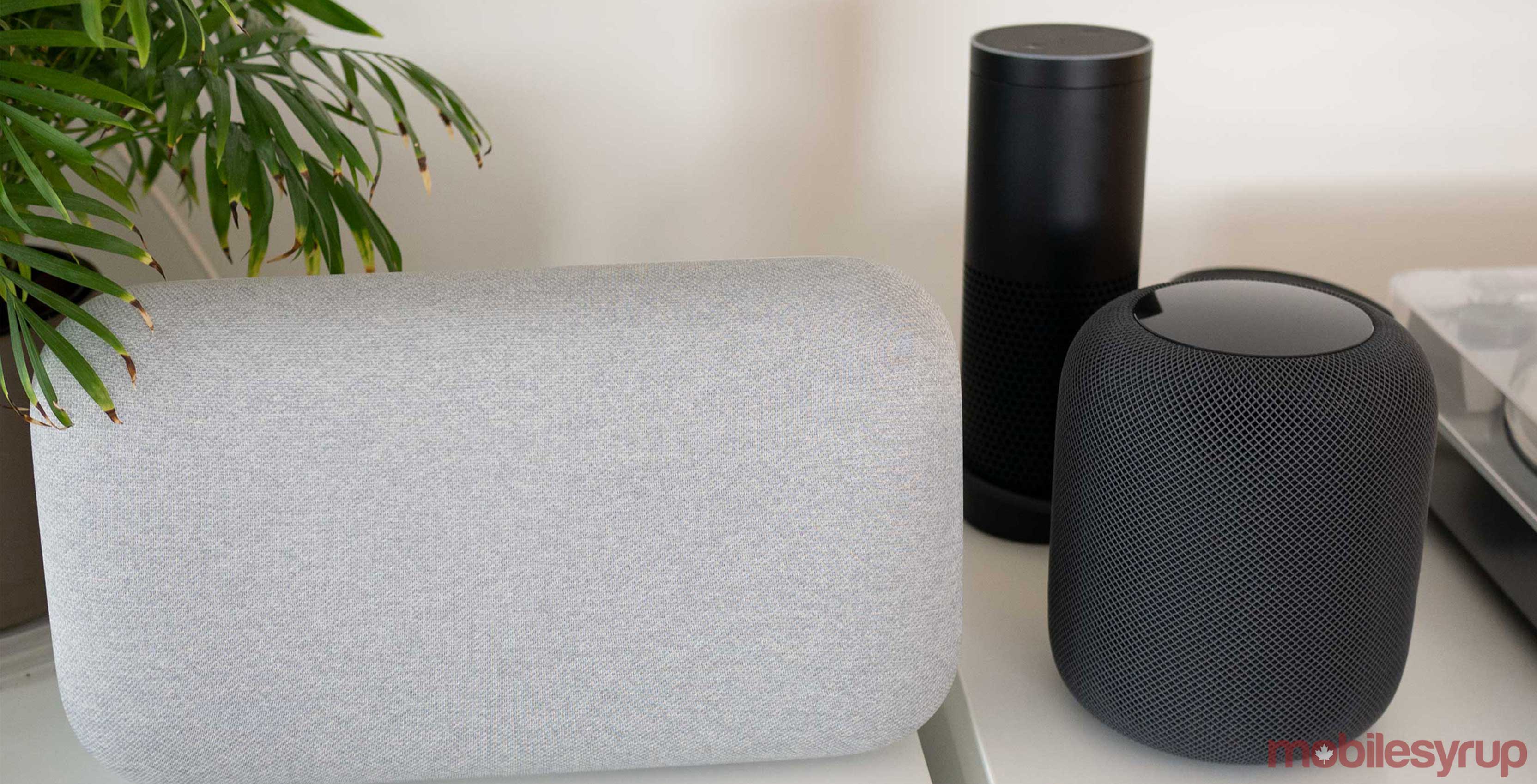 A study on global smart speaker shipments for the second quarter of 2018 shows Amazon dominating with a 30 percent market share, followed closely by Google with 27 percent.

A consulting and advisory firm called Strategy Analytics focuses on finding trends and data on modern technologies including smart speakers and mobile devices.

Canada’s market is relatively similar to the global averages, but penetration has picked up very quickly here. In Q2 roughly five-to-six percent of Canadian households had at least one digital assistant. The analytics firm estimates that the penetration rate will rise to roughly eight percent by the end of the year.

The firm estimates that there will be around 1.7 million smart speakers in Canada by the end of 2018. Which is a huge jump compared to the two-to-three hundred thousand that shipped to the Great White North last year.

Globally, 11.7 million smart speakers shipped in Q2 2018. This accounts for more than $1 billion in wholesale revenue. There were 2.3 million Google Home Mini shipments, 2.2 million of Amazon’s Echo Dot and the regular Amazon Echo shipped 1.4 million. These three devices accounted for half of the global shipments in the quarter or 5.8 million units.

Apple’s HomePod only accounts for six percent of total shipments, but it earned the most revenue. The HomePod tops the revenue with 16 percent of the global smart speaker revenue, which is about $170 million for the quarter.

The Cupertino-based company may struggle to hold onto this position since the Google Home Max is out now and Bose and Harman Kardon have joined the market. Strategy Analytics even predicts that the HomePod is going to make just shy of $1 billion USD in revenue throughout 2018.

Since the Echo Dot and the Home Mini cost less than the other notable smart-speakers, it makes sense that they top the shipments list, but not the revenue ranking. Also, Google has been using the Mini as a buying incentive for all kinds of gadgets and internet plans since it launched.

MobileSyrup has reached out to Strategy Analytics for clarification surrounding the report’s methodology and will update this post with a response.