The first cannabis hackathon in history 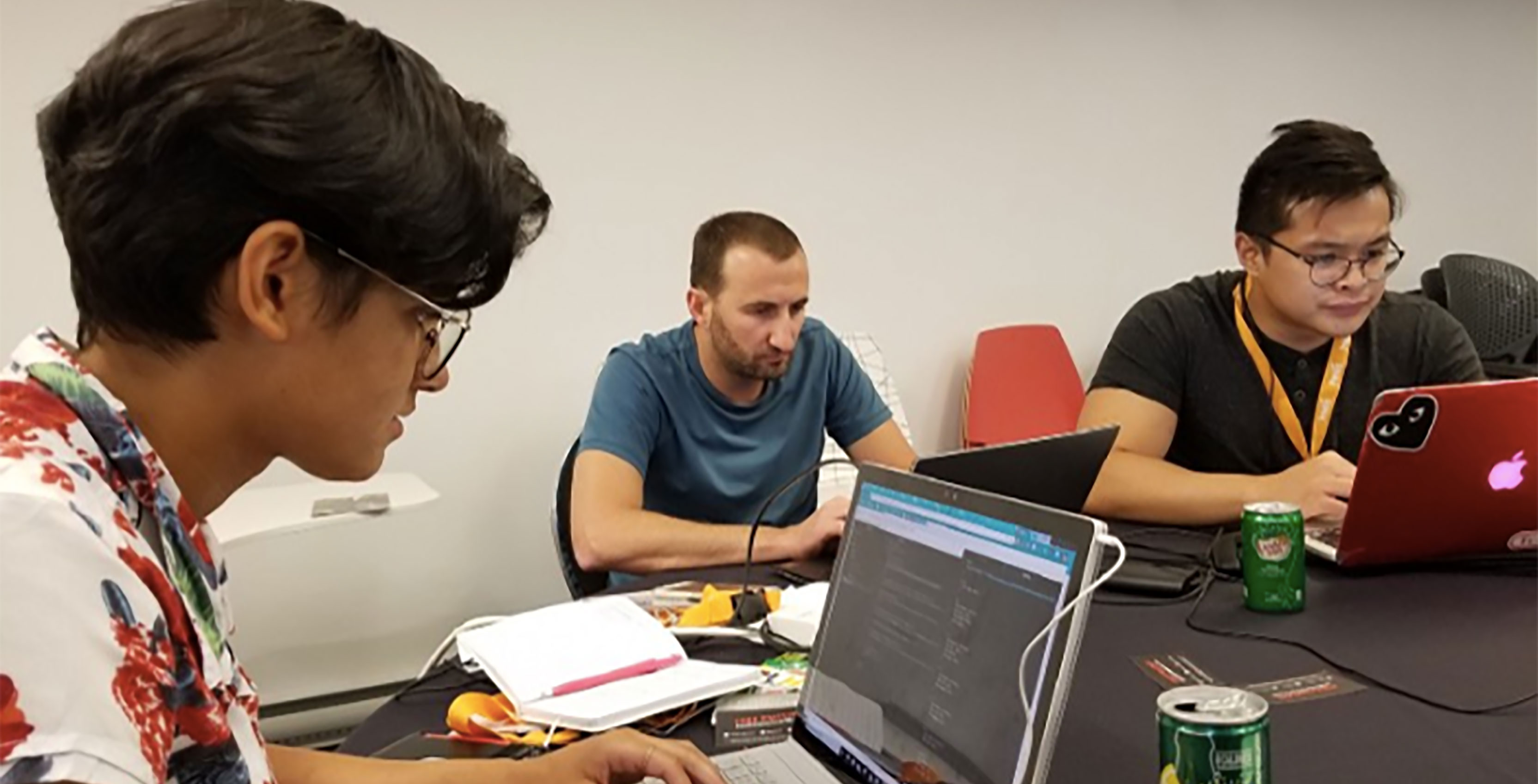 That’s what they tell me. Devpost, the online hangout for software developers seeking real jobs where most of the world’s hackathons are listed, had not one entry focused on creating innovation geared to the specific challenges of the cannabis industry, ever.

So when Emeline, a web developer for a record store in New Jersey, saw the post inviting hackers to come to Toronto for a 24-hour session to build onto software company Trellis’ seed-to-sale platform with newly-released API tools, she was sold.

She had just got back from her first hackathon, in New York, and could find nothing else like it there when seeking out a second bite. 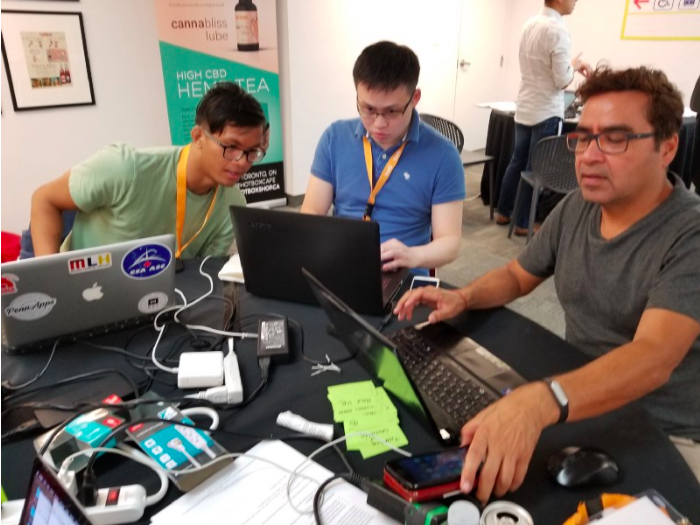 And now, less than a week later she is selling her new teammates on her idea to create a voice interface for marijuana growers, who must log everything they do to their batches and plants to comply with strict regulations.

The idea is to replace manual data entry on when plants are trimmed or clipped, or when a batch is moved from the vegetation room to the flowering room, for example. Just tell yourself what you’re doing as you do it and you’re not only reinforcing your process you’re also fulfilling your bookkeeping requirements.

The team has got 24 hours to develop the idea into a concept and perhaps even a prototype, and if their concept is judged best they will get shuttled two hours to an audience with the industry movers and shakers attending the GrowUp cannabis conference and expo taking place September 7–8 in Niagara Falls.

Apparently, the CEO of Trellis, Pranav Sood, told the team it would be a very useful feature. Sood, who is not on the judging panel for the competition, told me that as well as the swag offered as prizes, he would also be offering jobs to all members of the winning team and would be open to extending the offer to other promising talents.

Trellis, which was a major sponsor of the event, hopes to get developers to build on its API and recruit new employers while also getting to conceptualize new ideas.

“I would love to see an augmented reality or virtual reality solution where you can see a seed grow into a plant and see all of its stats along the way, and then to be able to compare that from batch to batch, so you can see what made one batch bigger,” he said.

Emeline’s project will be vying for the attention of Sood and the judges against, among others, a trio whose table was littered with green sticky notes saying things like ‘weed VR’ and ‘Tinder for weed edibles’ and ‘talking cannabis plant’. One says ‘How to grow? VR Gamification’.

Joseph, Andrew and Arvind are trying to solve the challenge of how to build brand awareness in an industry that is sharply curtailed in terms of how it can market itself.

They’ve agreed that a game in which a player must grow a plant from seed to production could work as both education and entertainment.

“This might sound cartoonish, but we could have the weed talk,” says Joseph. “‘Feed me, feed me, cut me here’,” he adds, mimicking what this talking cannabis plant might sound like. 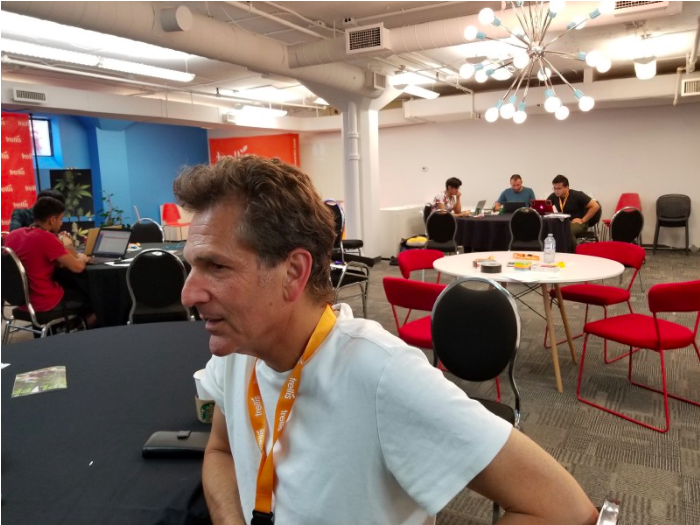 “A weed plant talking to you is so wacky,” Arvind adds. “In terms of impact, it’s totally out of left field.”

The group diverts into the question of whether it is yet acceptable to put cannabis-related work experience on your resume before returning to the task at hand. They’re discussing the subliminal gratification of taking care of plants and the benefits of an interactive experience that could also instruct gardeners on the most complex plant to grow.

The broader goal of the hackathon, according to producer David Hazan, is to get problem solvers to turn their attention to the fastest growing industry in North America.

“With it all being so new as an industry, one that’s coming into being in the 21st century, the question becomes what role does technology play in defining that business,” said Hazan. “And a hackathon is a way in which brilliant and creative technical minds can be applied to solving the challenges of the nascent industry.”

He said there’s currently no way for cannabis companies to know very basic things, like what strains and products are selling best and what types of results or actions people are looking for out of their products, amd that there’s a role for technology to play in each of them.