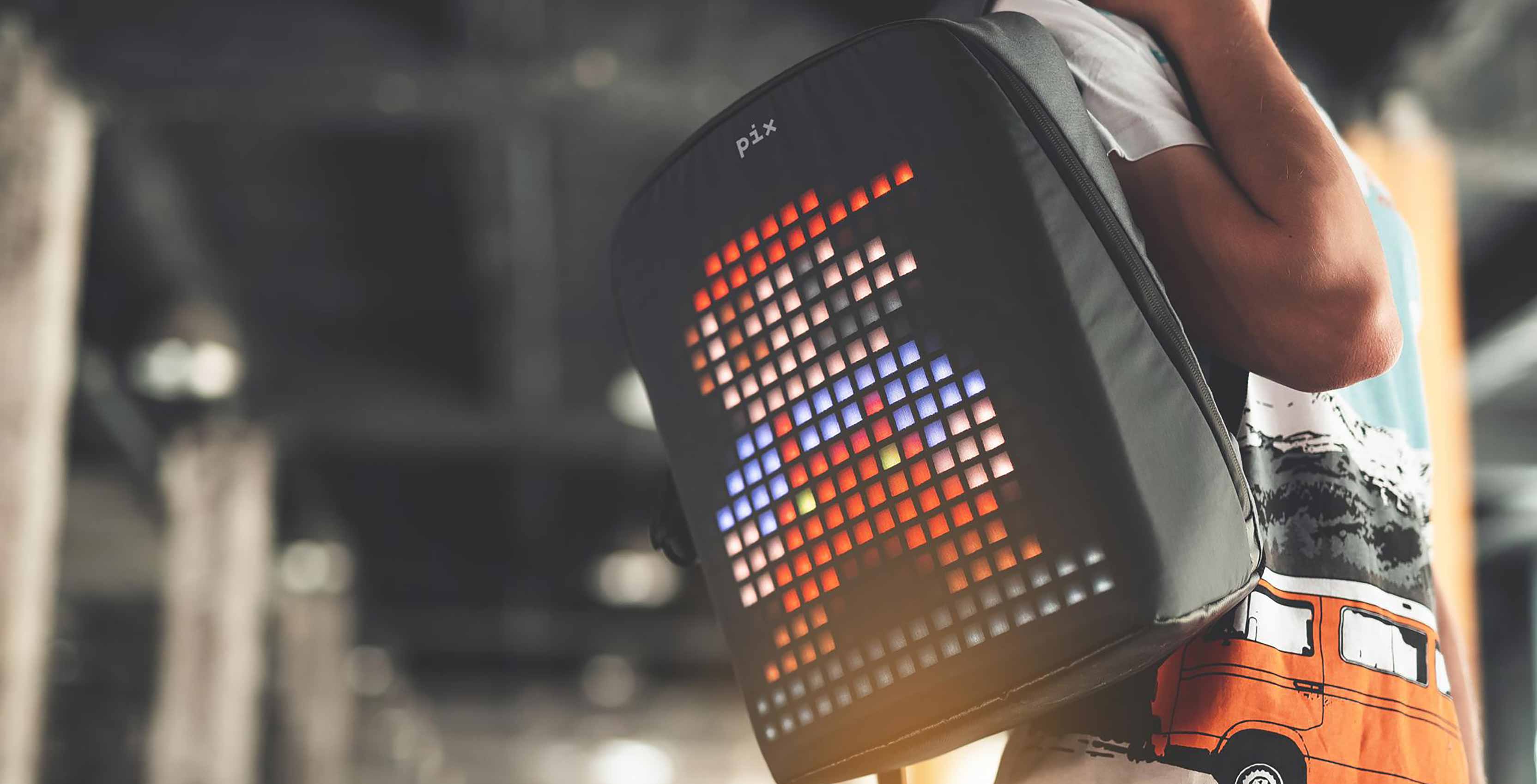 There’s nothing quite like looking — or at least feeling — like the freshest person at school or work.

Clearly, Pix Backpack has the same idea; the startup recently launched a Kickstarter for a product it’s referring to as “the first smart animative backpack.”

The basic idea behind the Pix is that users can choose from a library of pictures, animations and widgets that will be displayed in Lite Brite-style animation on a backpack.

You’ll be able to use an Android or iOS companion app to either select pre-made content or create your own. The Pix even supports classic arcade games like Tetris and Snake, which can be played on the backpack with a Bluetooth-connected smartphone. 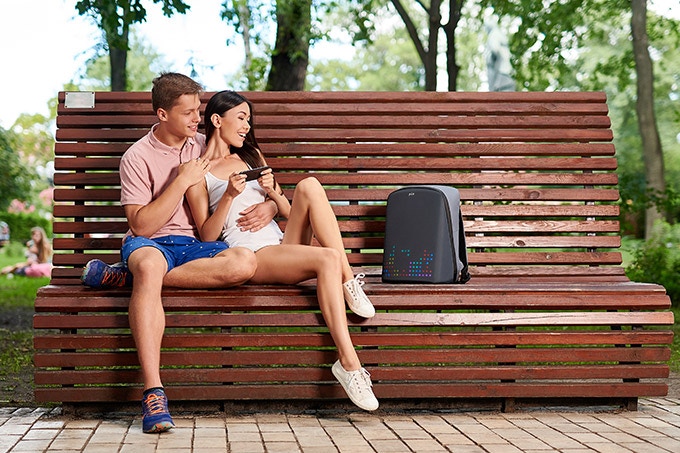 According to Pix, the bag is capable of projecting 16.5 million different colour variations on its 16x20px screen. The backpack can also light continuously for 12 hours, after which time its attached USB USB Type-A port will need to be charged with a power bank (sold separately or included at higher Kickstarter tiers).

Interestingly, Pix offers up numerous suggestions on how to use its high-tech bag. Waiting for friends or family at the airport? Put their names on the bag in bright red letters. Hitchhiking or need to hail a taxi? Throw up an image asking for pickup. At a rave and looking to stand out? Sport a themed musical note on your back. It’s also easy to imagine cosplayers at the ever-popular fandom conventions like Toronto’s Fan Expo Canada also getting good use out of the Pix, whether as an add-on to their outfits or to promote their other work.

The Pix isn’t all about gimmicks, though. In terms of widgets, the bag can also be set to display time, weather and even mobile notifications. Further adding to the practicality is a cycling remote accessory (available in a more expensive ‘Cyclers Pack’ Kickstarter tier), which bikers can use to signal to drivers on the road. Once attached to the bike’s handle bar, the rider can press a button on the remote when turning to show an appropriate ticker on the actual bag itself.

Of course, given that the Pix is a backpack first and foremost, it also needs to actually be useful for carrying your belongings. Thankfully, the bag appears to be quite comfortable to use, weighing in at only 1kg. Additionally, the Pix has three outside zippered compartments and one inside main compartment, offering enough space for a tablet, 15″ laptop and more. The bag is also water and shock resistant.

Although I’m not normally someone who likes to draw attention to himself, I must admit that the concept of the Pix is just the sort of delightfully goofy tech product I can get behind. It might be pricey, but it certainly has a lot of neat — albeit largely pointless — features.

Beyond that, though, the Pix actually has some rather clever practical uses. I particularly love the idea that bikers can use it to communicate with drivers while riding on the road. And hey, if nothing else, being able to play Tetris on a backpack is pretty awesome.