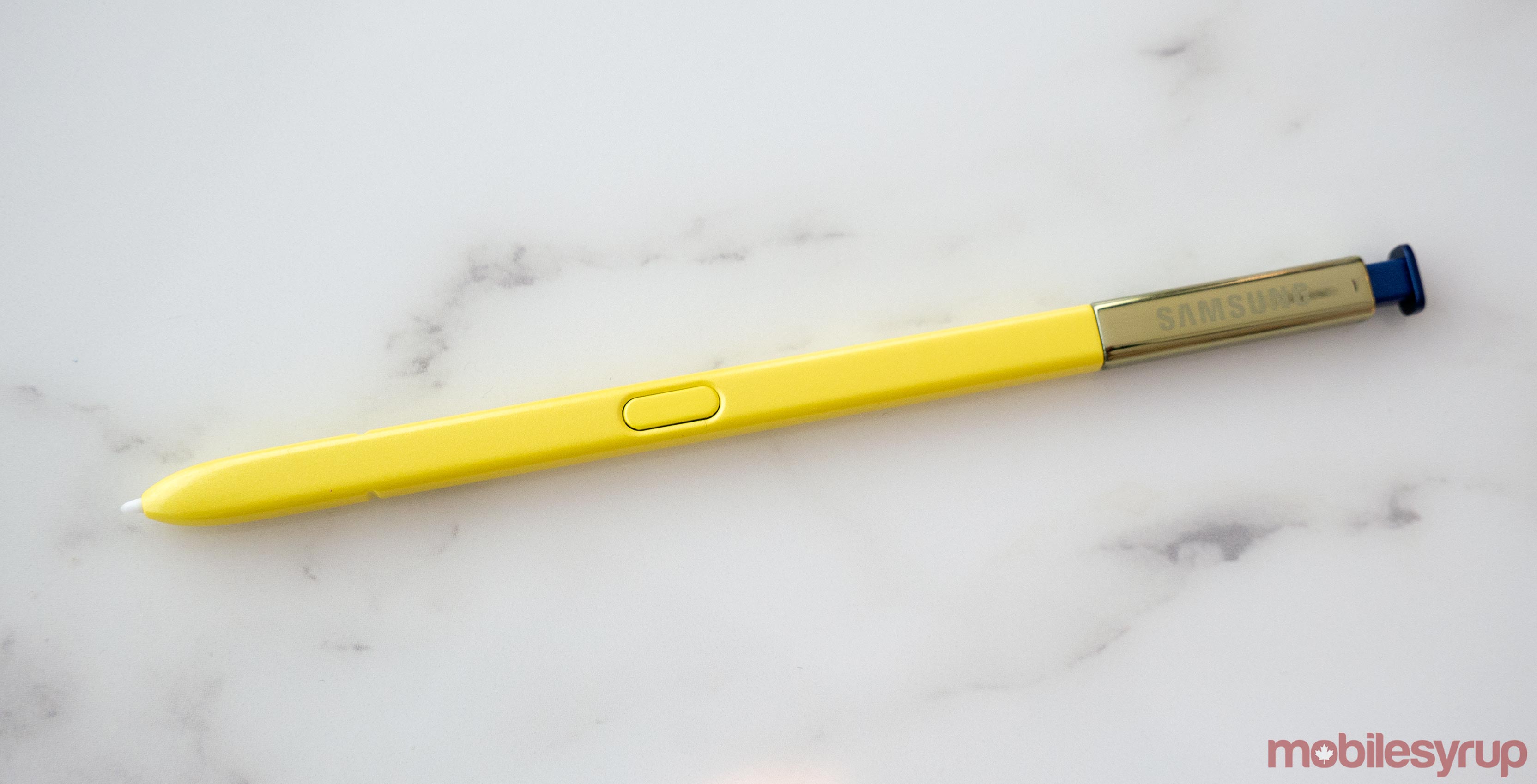 The Samsung Galaxy Note 9 has been revealed, and with it comes a new S Pen that’s available in a variety of different colours and includes a few new features.

S Pens have been part of the Galaxy Note line of devices since the launch of the Note 1 in 2011, and they’ve only gotten better over time.

However, this year Samsung has made some changes to the S Pen, as well. Instead of being passive — not requiring a battery — the new pen is powered by supercapacitors. Samsung says that the S Pen lasts about 200 clicks on a single charge. Since it’s using supercapacitors instead of a traditional battery, the new S Pen charges in one minute.

It has Bluetooth now so it functions as a low-energy controller. It’s button can be used to pause YouTube videos, or flip through Powerpoint slides. Samsung plans to release a SDK for the S Pen so that third-party developers can add S Pen controls to their apps.

The pen also behaves as a camera remote, with a range of approximately 30 feet.

A lot of the new features rely on Bluetooth, so it needs to be charged to use them. All of the previous S Pen features that work without Bluetooth still work even when the stylus is out of battery.

The new pen also comes in a flashy yellow if you get the blue version of the phone. This colour actually looks pretty cool and it gives the phone kind of a notebook and pencil vibe.

To learn more about how to get the phone in Canada check out our story here.