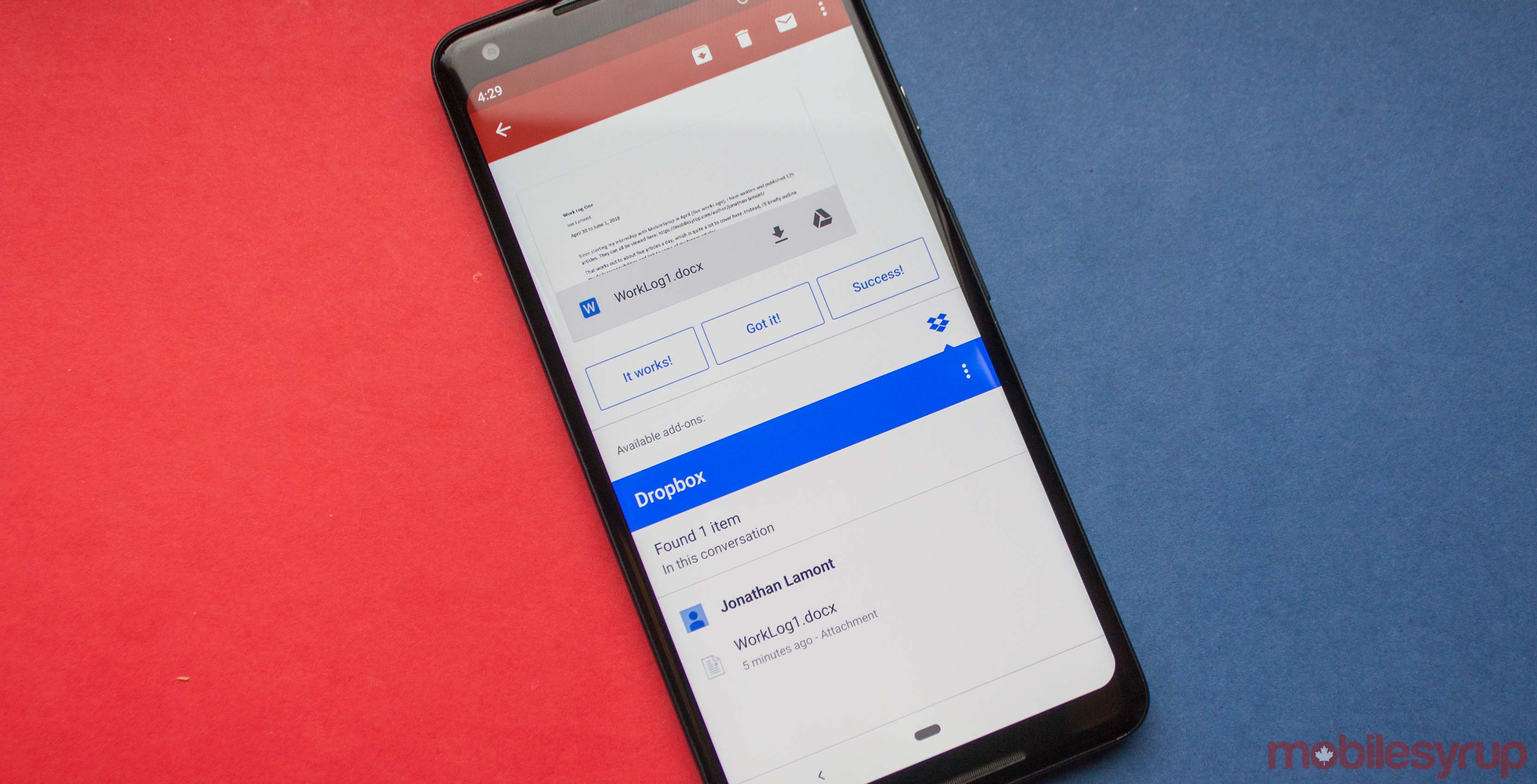 Cloud storage platform Dropbox announced on Thursday the first product to come out from its recently announced partnership with Google.

Dropbox and Google first announced their collaborative initiative in March. The first product of that, the Dropbox for Gmail add-on will work across any browser, Android and soon iOS as well.

Dropbox for Gmail makes it easy to bring content stored in Dropbox into Gmail. But that’s only the tip of the iceberg. The add-on also enables users to scan an open email thread for attachments — Dropbox or otherwise.

Instead of just giving you a list though, Dropbox contextualizes all the items it finds. The add-on tells you who sent the file, when they sent it, the file name and where it can be found. A simple solution, but one that makes it easy to find what you’re looking for.

Users also get access to their full Dropbox file structure through the add-on, which resides on the right side of the redesigned Gmail with Calendar and Keep. Eventually, the add-on will allow users to attach files from Dropbox directly into emails. However, this feature won’t be available until later this year.

Users who add Dropbox to Gmail for Web will also see it in the mobile app. At the bottom of emails, a small bar will show up if Dropbox can help you with your email. Tapping it opens the Dropbox interface with a list of attachments and options to save them to your Dropbox.

While on the surface it doesn’t seem like a sensible partnership — Google and Dropbox compete in a lot of spaces — it’s all about choice. A number of Dropbox users have Gmail accounts. Businesses use Gmail as well. It just makes sense for the two services to work easily together.

You can get the Gmail add-on for free here.

Google rolling out Gmail with Chat, Rooms and Meet to G Suite users on Android, web