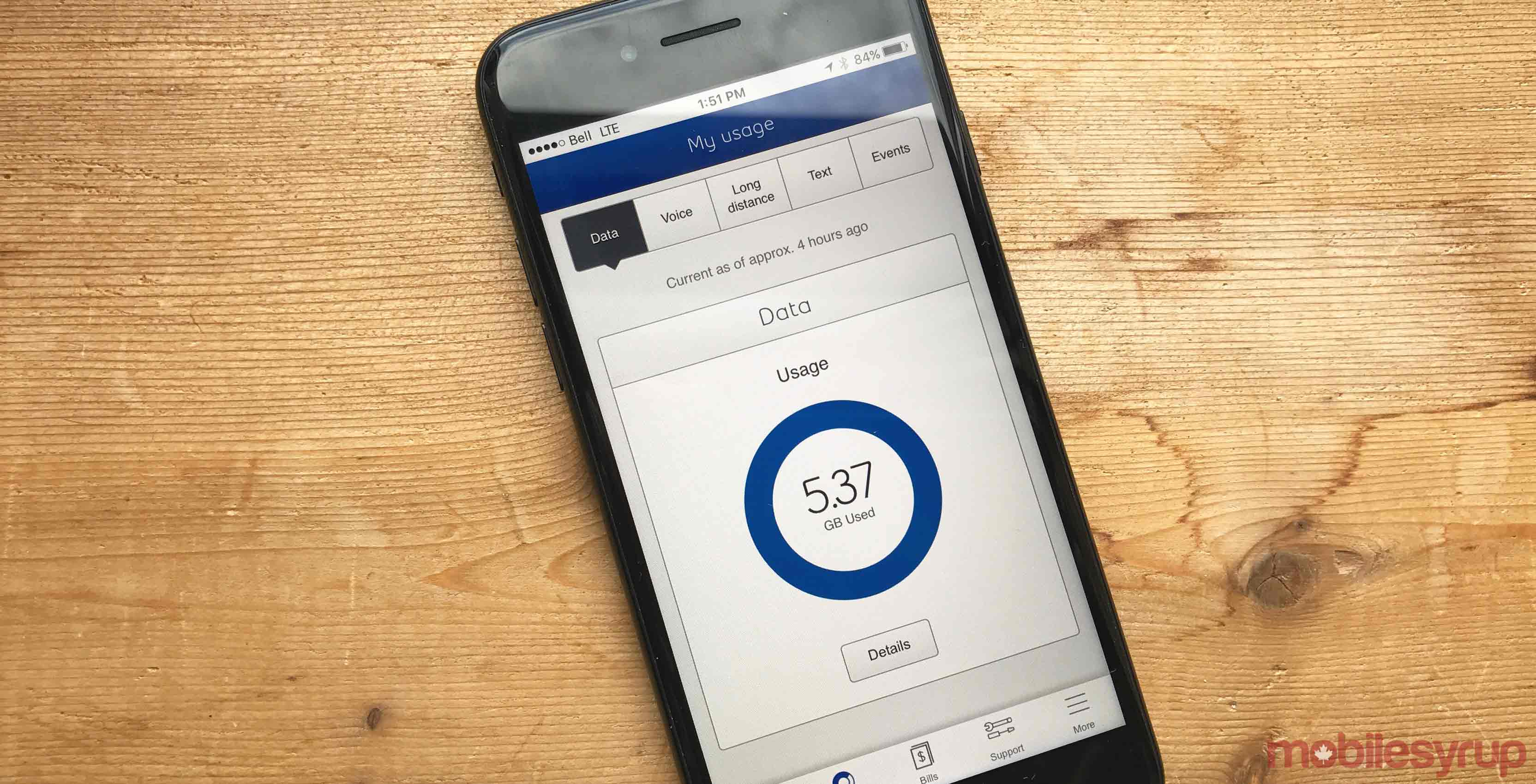 According to the carrier’s rate plans website, current as of February 18th, 2018, “additional data usage charges are $0.10/MB.”

Bell also warns that the maximum data usage per user may be capped at 10GB per billing period, meaning that the carrier’s overage fees could translate into a $1,000 bill. Of course, the Wireless Code explicitly states that service providers must suspend data overage charges once they reach $50 within a single monthly billing cycle — unless the account holder consents to paying extra fees.

A Bell spokesperson told MobileSyrup via email that the new overages only apply to new plans introduced today.

“The increase does not affect existing customers that remain on the previous plans,” said Bell, in an email to MobileSyrup.

Virgin Mobile currently charges $0.07/MB, as it did last year.

Additionally, it appears that Rogers has yet to raise their fees, though it’s important to note that Telus already has a similar model of pricing. While the first 1GB of overage is priced at $10/200MB ($50 per 1GB), further overages are charged at $0.10/MB and have been (with only subtle changes) since last year.

For what it’s worth, steadily increasing data overage fees could be one of the reasons why Canadians consume less mobile data than their American counterparts.