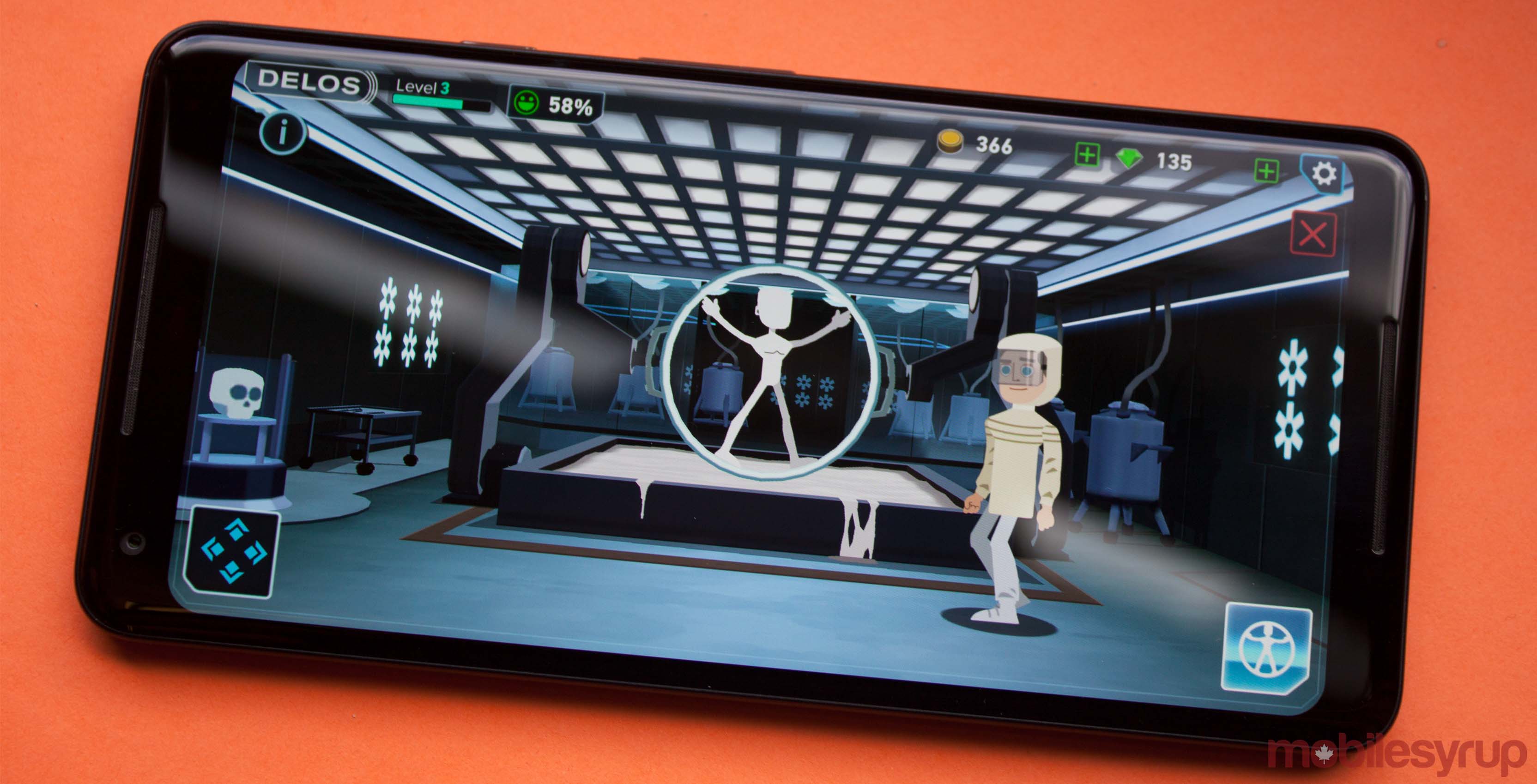 HBO’s Westworld got a mobile game earlier this week that puts players in the shoes of a Delos Inc. employee.

The game thrust players into control of the titular theme park. They create ‘hosts’, androids that are designed to help park guests live out their wildest fantasies. As in the TV show, there are no repercussions for the guests, who can do what they want without fear of consequence.

The game, developed by Warner Bros. Entertainment and Montreal’s Behaviour Interactive, is a faithful TV tie in. However, it doesn’t stray far from standard mobile game practices.

For starters, the game looks great. Swiping around the game feels smooth. The terminal interface that loads modules and plugins when the game starts up is really neat. However, the disparity between the 2D character models and the 3D world is a little jarring. 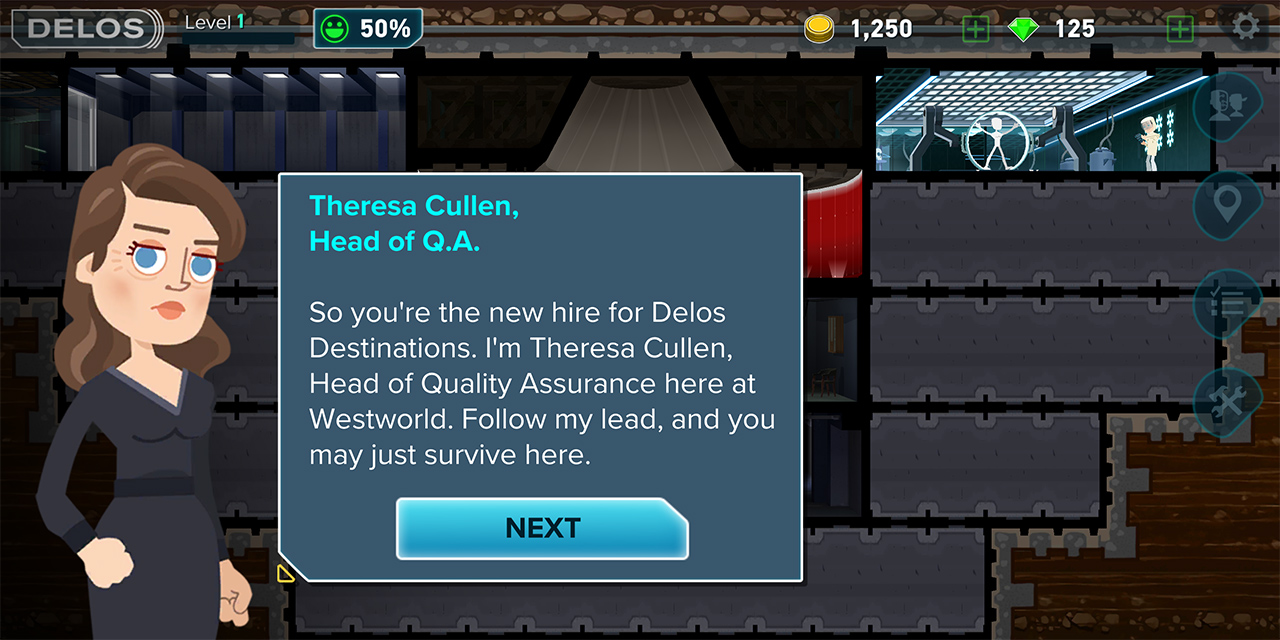 Theresa Cullen, Westworld’s head of quality assurance, greets players when they first load up the game. She walks you through the first steps of running the park. However, actual gameplay is fairly shallow.

How the game plays

The game plays similarly to Fallout Shelter. While Fallout is based around assigning vault-dwellers to specific tasks they’re suited for, Westworld is about matching hosts and guests. It’s worth noting that Warner Bros. and Behaviour interactive were named in a lawsuit from Bethesda this week. Bethesda alleges the two companies copied code from Fallout Shelter.

In Westworld, players must create hosts with special skills to facilitate guests’ desires. For example, the first host you create is a gambler. Players pair the host with a guest who wants to gamble. After pairing, they complete the activity. 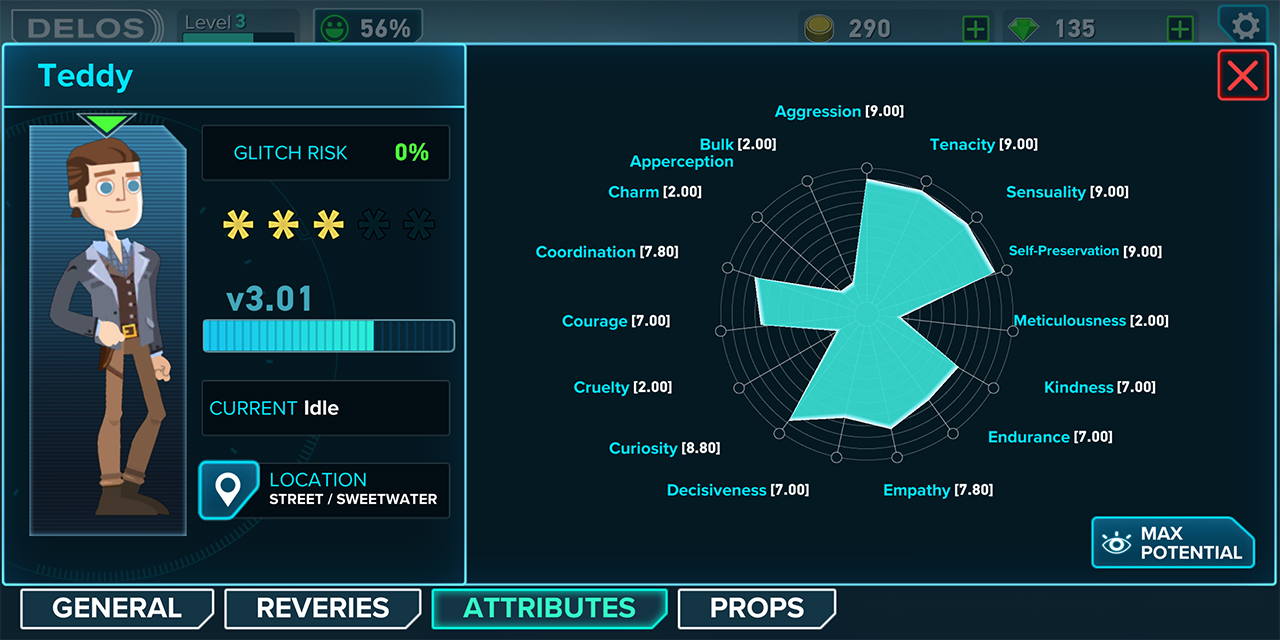 The difference here is the wait timers. In Fallout, when you assign a character to a room, that character starts producing resources. Westworld, however, makes you wait a few minutes. These timers increase as you progress through the game. Players can bypass them by spending in-game currency to instantly complete the action.

Furthermore, Westworld allows players to customize the hosts you make by upgrading aspects of their AI. These are things like aggression, endurance and charm. Upgrading hosts allows them to facilitate more guests’ desires.

The point of Westworld

Ultimately the goal of Westworld is the expand your park. Players do this by gathering resources from meeting guests’ desires. Those resources are then invested back into the park, allowing players to buy more buildings. There are two areas to upgrade — the face of the park itself and an underground control center.

The theme park needs buildings to allow for specific fantasies. For example, one of the first buildings you create is a bank. Hosts can help guests live out bank robbery fantasies. And that’s where the second part comes in. Upgrading the underground control center allows you make newer, more advanced hosts. These hosts can then act out more fantasies with guests, earning more profit, so that players can expand further. 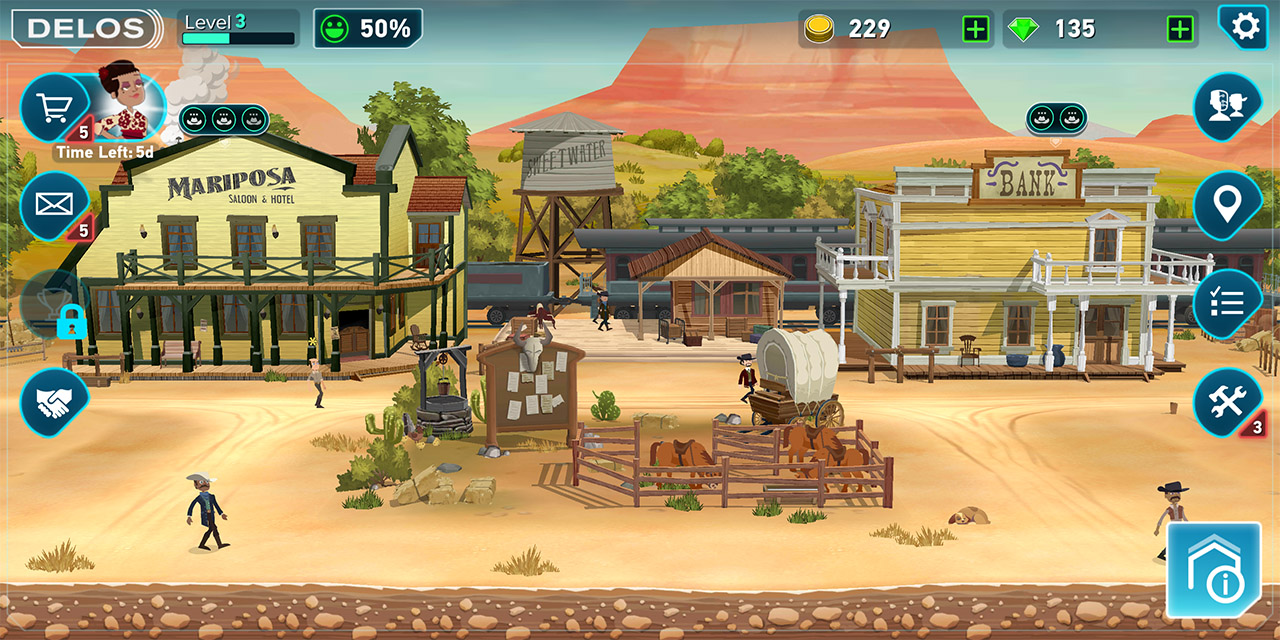 If you enjoy the show the game is based on, or if you were a big fan of Fallout Shelter, then Westworld is for you. The game is a typical free-to-play mobile experience. There are wait timers, multiple in-game currencies and a store to buy those currencies with real money. The cost ranges as high as $129.99 for some of the in-game currency.

It’s important to remember that Westworld is a passive game. It’s designed for players to open, play for a few minutes, then put away. The timers aren’t a hindrance unless you play the game for long periods at a time.

Westworld is available on iOS and Android.