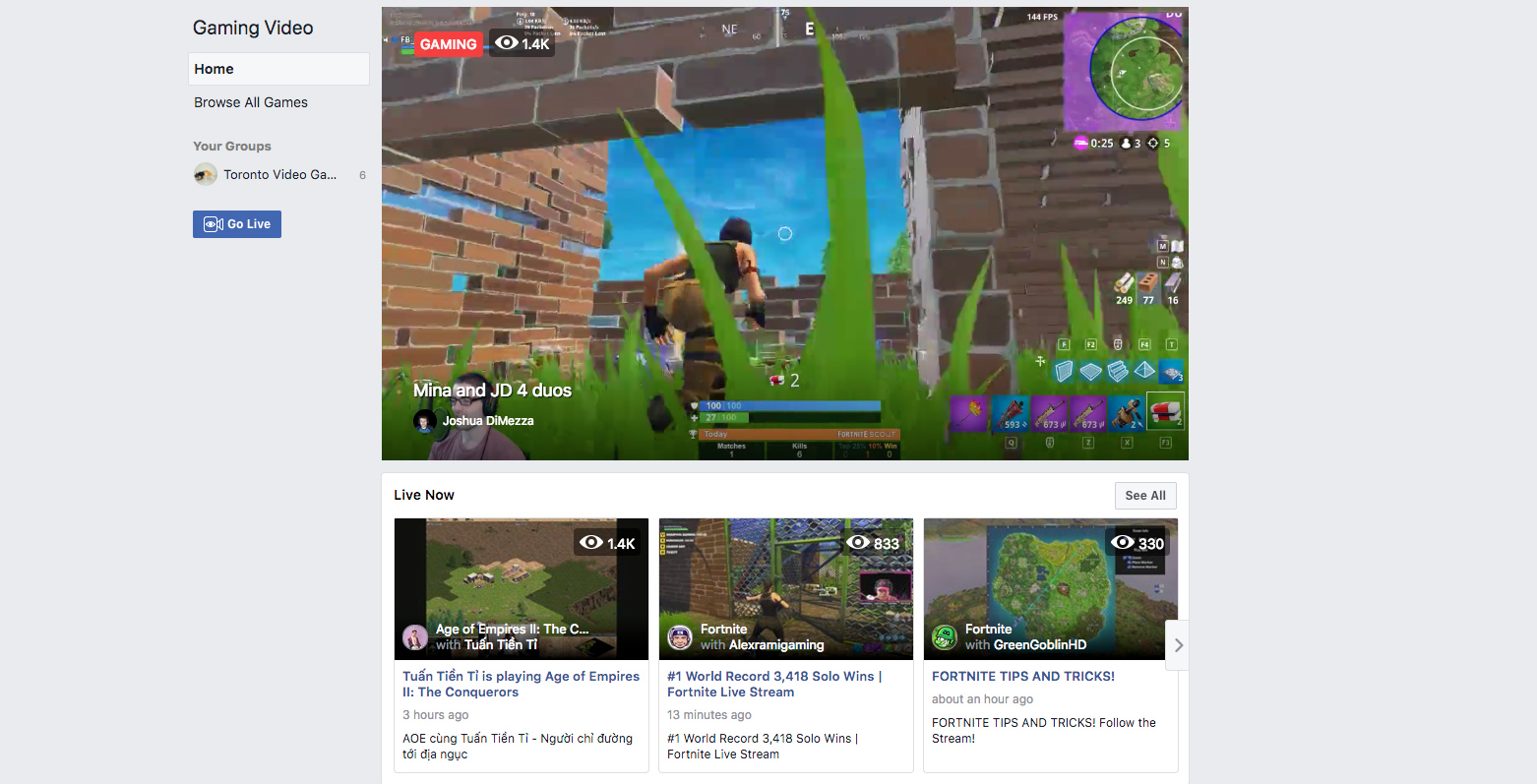 The platform’s name — which is a play on the post-match video game phrase “good game” — aims to be the destination for all video game livestreaming on the social network.

Gaming related livestreaming video that’s shown on Fb.gg’s landing page is based on the celebrities users follow, as well as their ‘Liked Pages’ and ‘Groups.’ Some livestreams will also show up in Facebook’s Standard News Feed, just like other video posts.

The platform’s landing page is set to feature esports, noteworthy creators and livestreams of gaming events such as press conferences. While the platform is very similar to Twitch and YouTube Gaming in a variety of ways, what could make the service unique is the fact that video game content displayed on Facebook will likely be slightly more personalized.

Facebook is also opening up video monetization options to gaming broadcasters with the launch of its Level Up program. The platform allows those who are part of it to earn money from tips that come in the form of virtual currency. Anyone part of the Level Up program will also be able to stream content in 1080p at 60 frames per second.

TechCrunch says that Facebook also has plans to release a Patreon-style monthly subscription package at some point in the next coming weeks, which could also help differentiate Facebook’s gaming livestreaming efforts from its competitors.

While it makes sense for Facebook to be looking to get in on the growing video game livestreaming industry, Twitch remains the dominant player in the space, with even YouTube’s gaming platform — which launched back in 2015 — being unable to attract a significant amount of viewers and content creators.