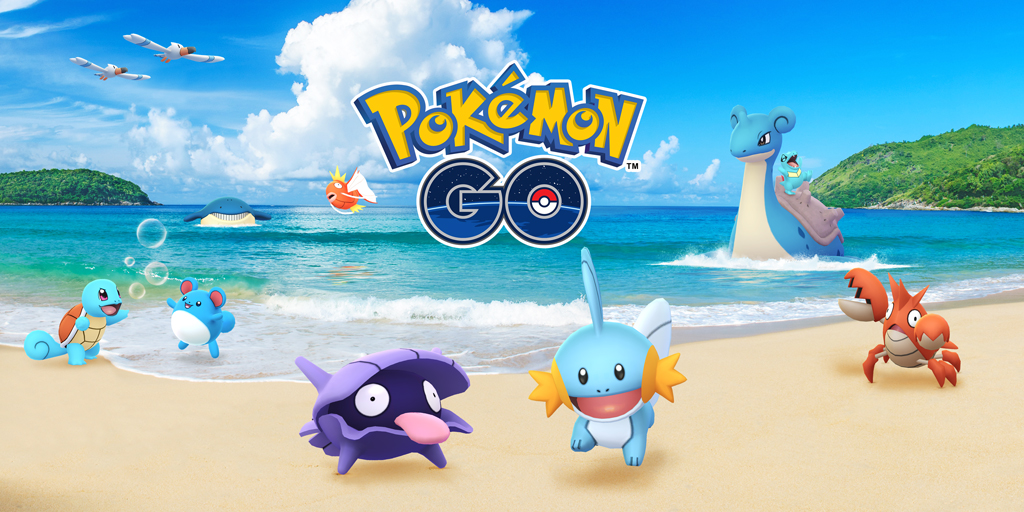 Niantic has shared a blog post that details a water-centric Pokémon Go event that starts on June 7th. Starting today at 4pm EST, water-type Pokémon like Wailmer and Squirtle will be more common until June 21st.

There will even be a new shiny version of Shellder that players will have a chance to catch during the event. Prior to the start of today’s event, Niantic had yet to add a shiny Shellder skin to Pokémon Go.

Our Water Festival?is coming back with a wave of Water-type Pokémon appearing more frequently all over the world. Get ready as the Legendary Pokémon Kyogre will be making an exciting return to Raid Battles. Have a Wailmer of a time, Trainers! https://t.co/gU88aRVLE4 pic.twitter.com/GjRxyHM9Zg

Pokémon Go will reward players with triple the Stardust whenever they catch a water Pokémon. Moreover, two-kilometer eggs will have an increased chance to hatch rarer water Pokémon like Totodile and Mudkip. Eggs will also reward players with double the Candy and Stardust when they’re hatched. Raid battles are also getting a refreshed group of bosses with some new water-type Pokémon, including the legendary Kyogre, throw into the mix.