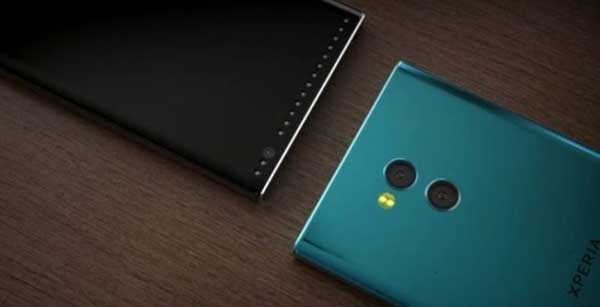 A new document submitted to the FCC indicates Sony Mobile is considering a change in design for an upcoming flagship smartphone.

Sony sent out a letter to the FCC with the date of February 7th, 2018 that requested the FCC to remove all grants for the device with FCC ID PY-00718V. According to the documents, the reason for the dismissal of all grants is due to a “design change.”  The letter was spotted by the Xperia Blog. 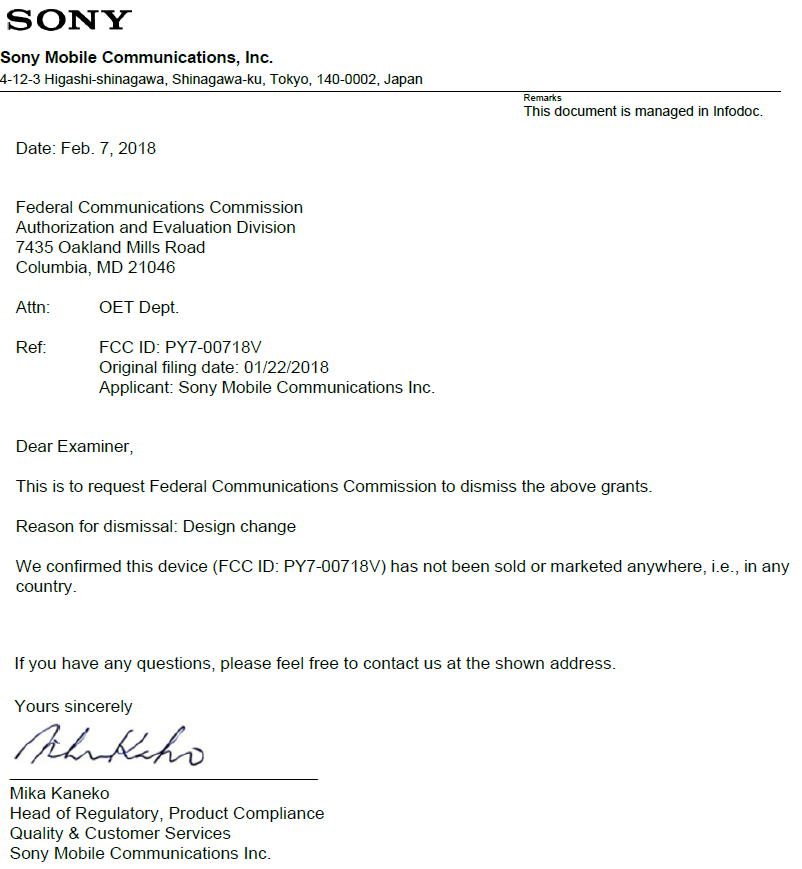 With this letter, many things about the handset have now become uncertain. Many expected the Sony Xperia XZ Pro, the Japanese company’s upcoming flagship, to make an appearance at Mobile World Congress.

However, with this letter it’s now unclear if the company plans on delaying the phone’s unveiling or if the company will completely scrap its plans. It’s also ambiguous what exactly Sony plans on changing.  Sony could possibly get rid of the handset’s large bezels or give the phone an 18:9 aspect ratio.

Either way, Mobile World Congress is less than two weeks away, and we’re eager to see what Sony has up its sleeve.

Image: Previous image leak of the next Sony flagship.