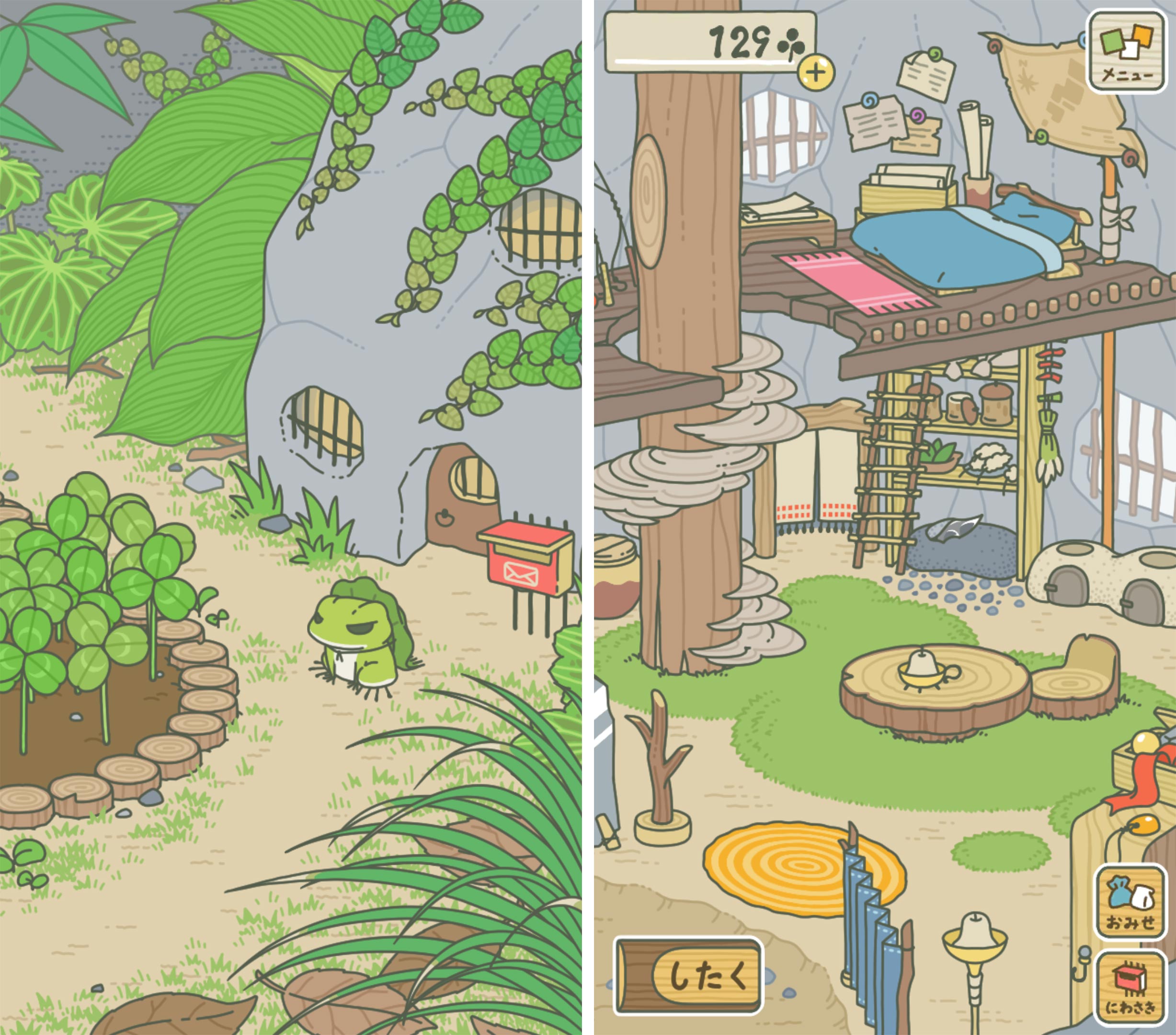 Those who fell in love with the adorable cat collecting game Neko Atsume will be excited to find the creators have released a new game featuring adorable animals. The only catch? Currently, it’s only available in Japanese.

Since there’s a fair amount of menus and text in the game, titled Tabikaeru: Journey Frog, this can pose challenges, but it’s also simple enough that it’s enjoyable to play even before an English variant is released.

Much like Neko Atsume, waiting is a key part of the gameplay in this new game. You help the titular journeying frog prepare for his adventures at his adorable home and garden, but when he goes off, you’re left waiting there, preparing for his return by harvesting clover and trading it for new items.

When the frog eventually returns, it brings with it adorable snapshots of the adventures its had, and settles down to study maps while you provide it with provisions. According to players, different combinations of provisions influences where the frog goes and what it does on adventures.

It’s a quiet game, but that’s exactly its intention. Just like with Neko Atsume, even though there’s very little to do, the game lures you in by providing a cosy little escape. It demands patience, but it also rewards it, making the whole thing exceedingly satisfying. Besides, the illustrations are next-level cute.

It’s available now for free from the App Store and Google Play.