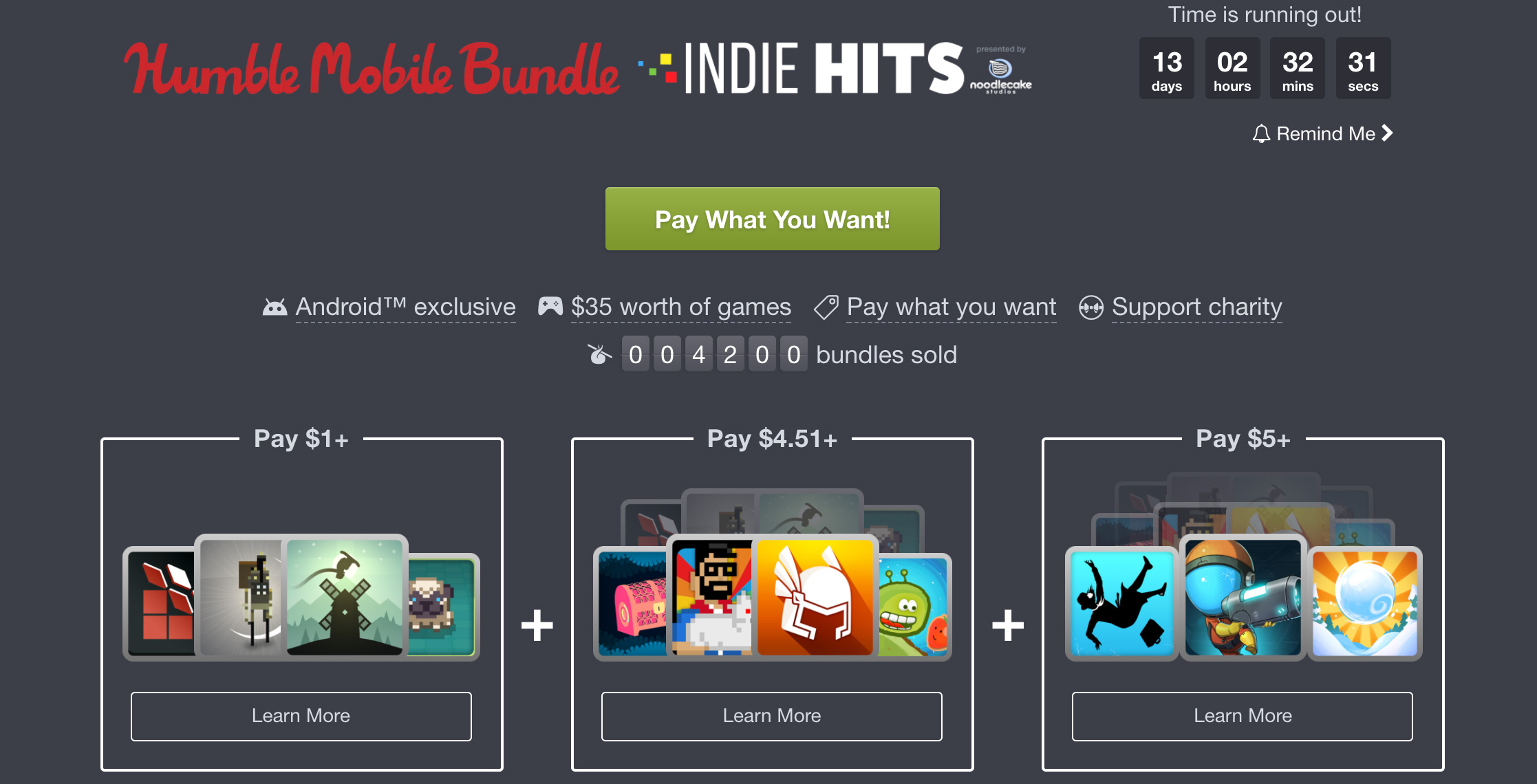 The latest Humble Mobile Bundle features a number of well-received Canadian-developed games, many of them from Saskatchewan-based Noodlecake Studios.

Running from now until Christmas day at 8am ET/11am PT, users are able to get their hands on $35 worth of independently developer Android games, starting at just $1.

Paying a total of $5 gives you access to Framed 2, Snowball and The Bug Butcher.

If you’re interested in Humble Bundle’s latest offer, check out this link.

The charity game package platform was recently purchased by video game media giant IGN, though little about the service has changed since the acquisition.