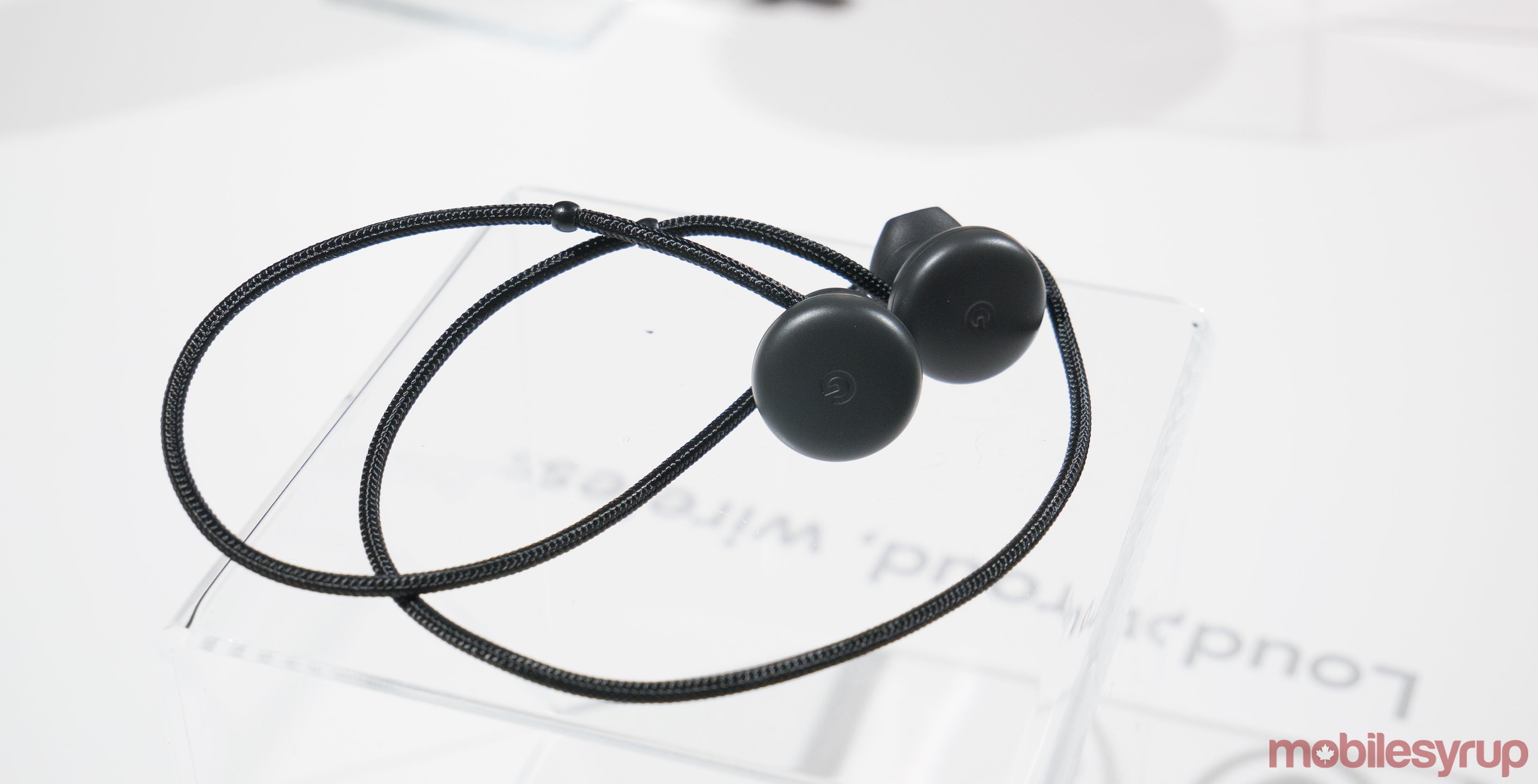 Google says the headphones will provide five hours of listening time on a single charge, with the headphone’s charging case capable of holding 24 hours worth of charging functionality. Unlike Apple’s AirPods, the Pixel Buds are Bluetooth earbuds attached by a single wire.

The right earbud is utilized for Google Assistant, while the other is used for navigation, including play/pause and swiping for volume controls.

Pixel Buds will be available later this year in Canada in blue, white and black for $219 CAD on The Google Store and Best Buy Canada. Pre-orders, meanwhile, are available starting today.