Information regarding the Huawei Mate 10 and the Mate 10 Pro has been leaked, according to French publication Les Numeriques, which claims to have obtained promotional images of both the Pro and the regular variant.

The report reveals that the Mate 10 includes a 16:9 ratio display, with curved edges but without any rounded corners, while the Pro features a 18:9 ratio similar to the Samsung Galaxy S8. There’s a Huawei logo on the bottom of the display, while the smaller variant has a front-facing fingerprint sensor. 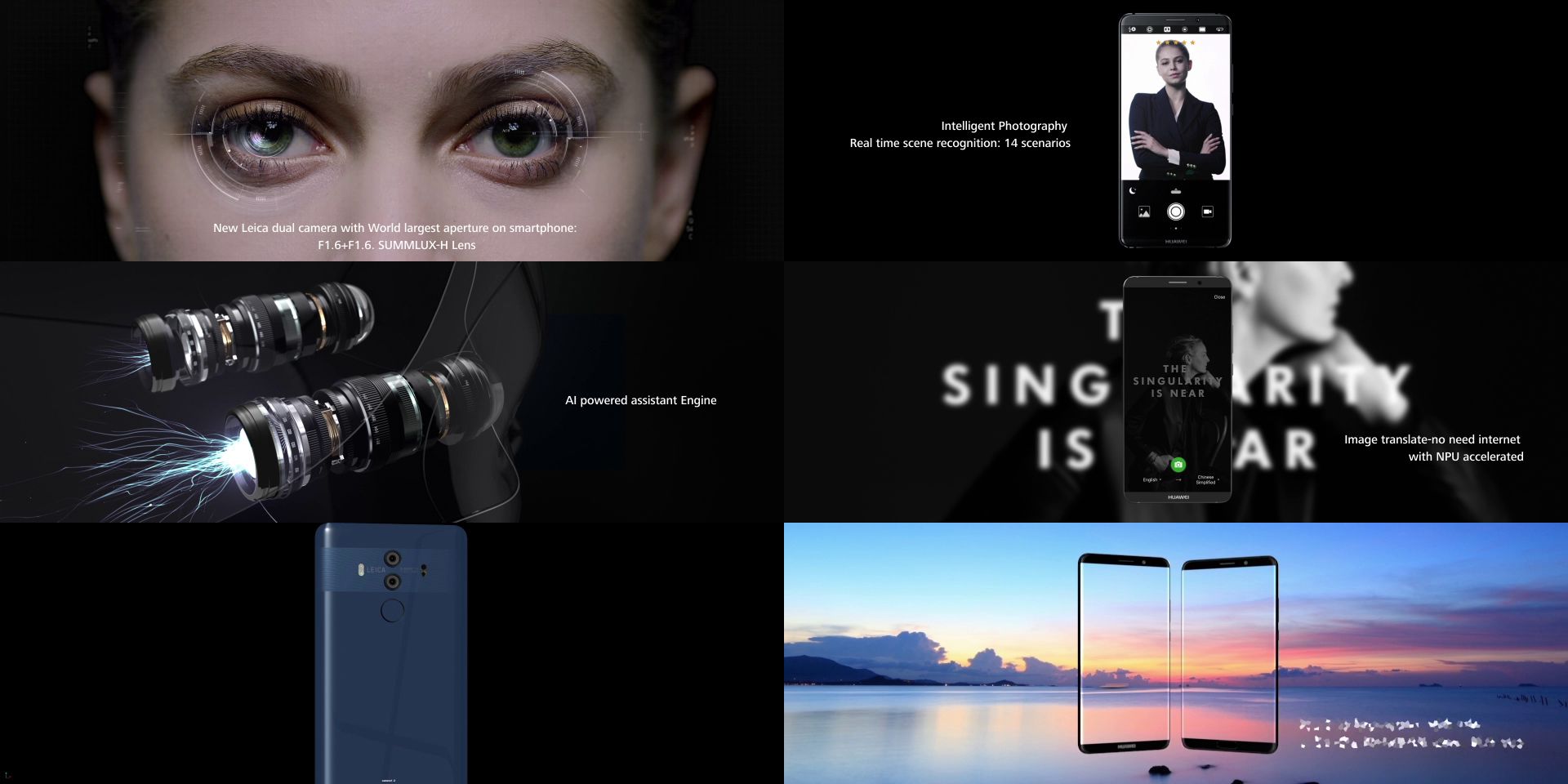 Both devices feature a dual-camera setups while the Pro also includes a rear facing fingerprint sensor below it.

More leaks reveal that the Mate 10 and Mate 10 Pro will focus heavily on AI — a fact made obvious due to the inclusion of the AI-focused Kirin 970 chipset. The promotional image also show off the phrase “The Singularity is Near,” a play on the idea of the Technological Singularity brought on by the development of artificial super-intelligence.

It’s also likely that these images are simply renders and not official Huawei promotional material. Regardless, all will no doubt be unveiled on October 16th — the date of Huawei’s product announcement.

Huawei is launching Mate 10 Porsche Design and Mate 10 Pro in U.S. but not Canada