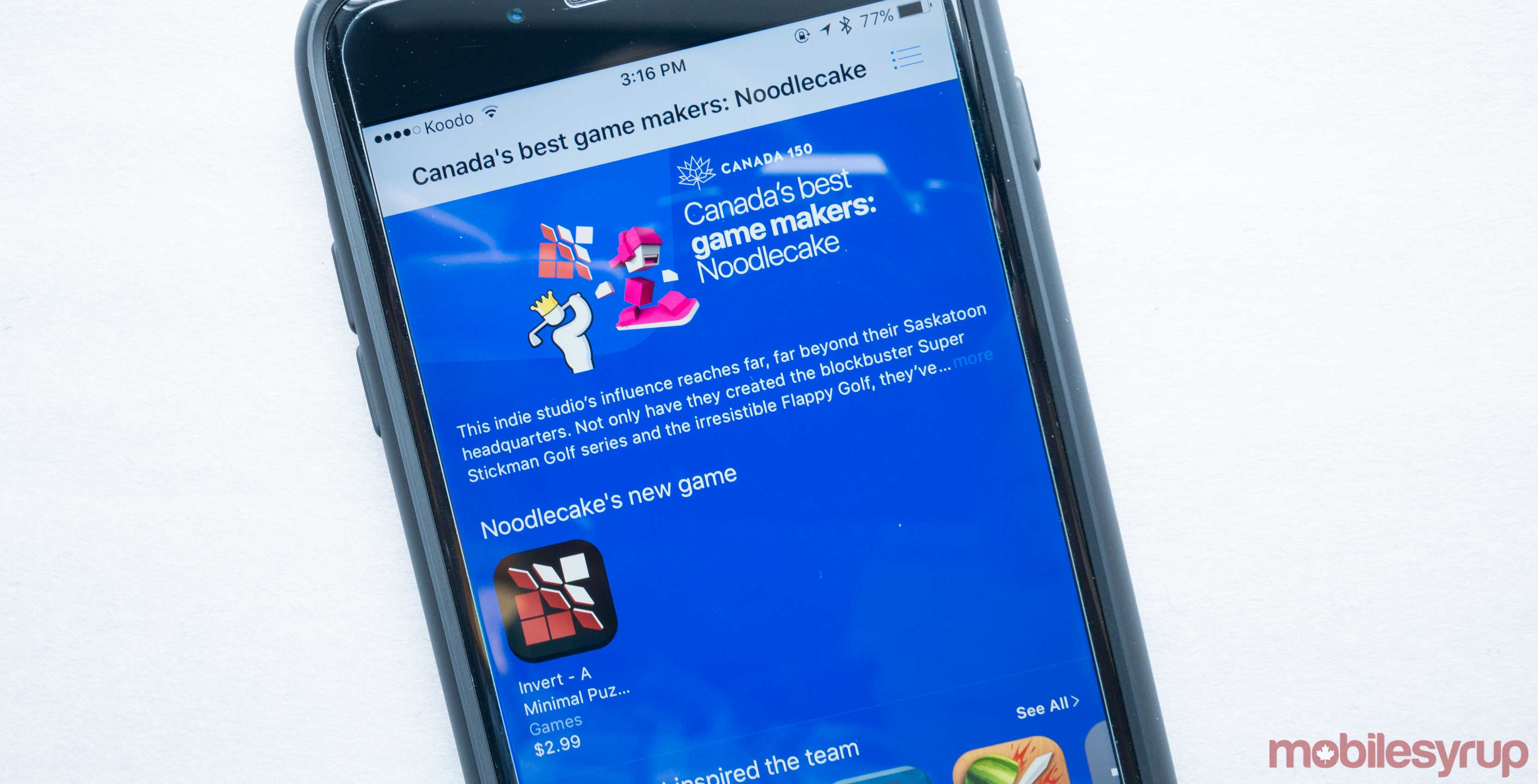 In what seems to be an effort to mitigate the App Store’s discoverability issues, along with other specific sections like ‘Made in Toronto-Waterloo’ and a dedicated indie game section, Apple is now launching a new area of the store that aims to highlight ‘Canada’s best game makers.’

The first app developer/publisher set to be featured in this special Canada 150 section of the app store is Saskatoon-based Noodlecake Studios, the developer behind a variety of iOS-to-Android ports like Alto’s Adventure, as well as self-developed games like Super Stickman Golf 3.

The specific games featured in the new section include a variety of Noodlecake portfolio titles, but Apple says more titles will be added to it in the coming weeks.

Games currently featured in the section include Invert, as well as titles that inspire Noodlecake, including VVVVVV and Tilt To Live.

If you’re interested in checking out the Apple’s new Best Game Makers in Canada section, you can find it at this link.