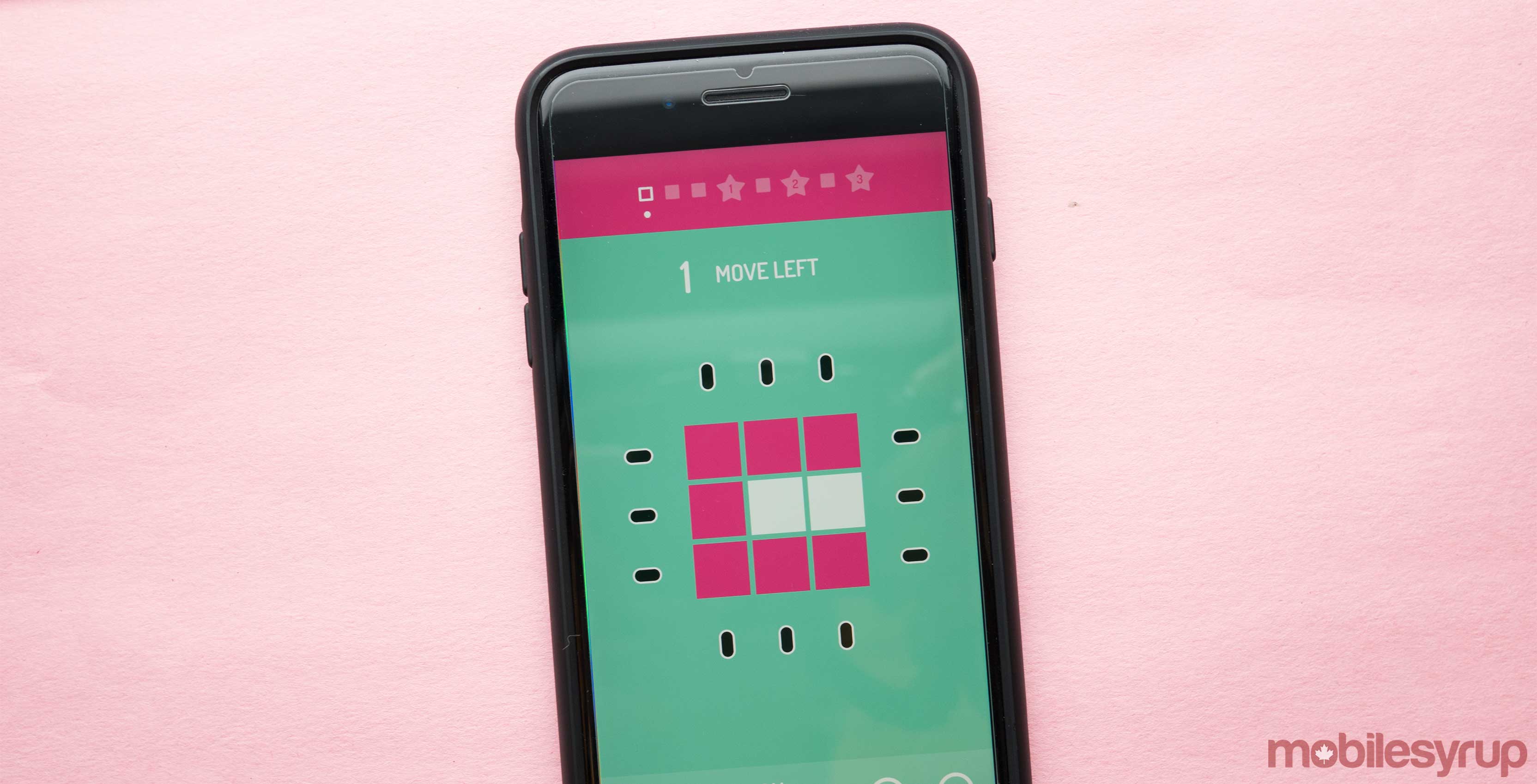 Noodlecake Studios, the Saskatoon-based mobile game developer/publisher behind a variety of iOS-to-Android ports, is releasing a new puzzle title in partnership with Copenhagen-based Glitchnap called Invert.

The game, which is reminiscent of other puzzle-focused mobile titles like Threes, tasks players with solving Rubick’s Cube-inspired puzzles by tapping on different areas of the screen. In Invert players are given a grid of tiles in various shapes and patterns, with the goal of flipping the tiles to make them either all white or the same colour.

Running along the edges of the grid are buttons that correspond to a particular shape on the grid. Pressing this button ‘inverts’ the colour to white or from white to another colour. Some buttons activate an entire row, while other only move a specific block or angle.

‘Campaign’ mode has players solving preset levels in a specific number of moves, giving the player as much time as they need (this is my favourite mode, while ‘Challenge’ has players solving levels against the clock, though they’re able to use as many moves as they want. Finally, Expert is similar to ‘Challenge’ modem just significantly more challenging. 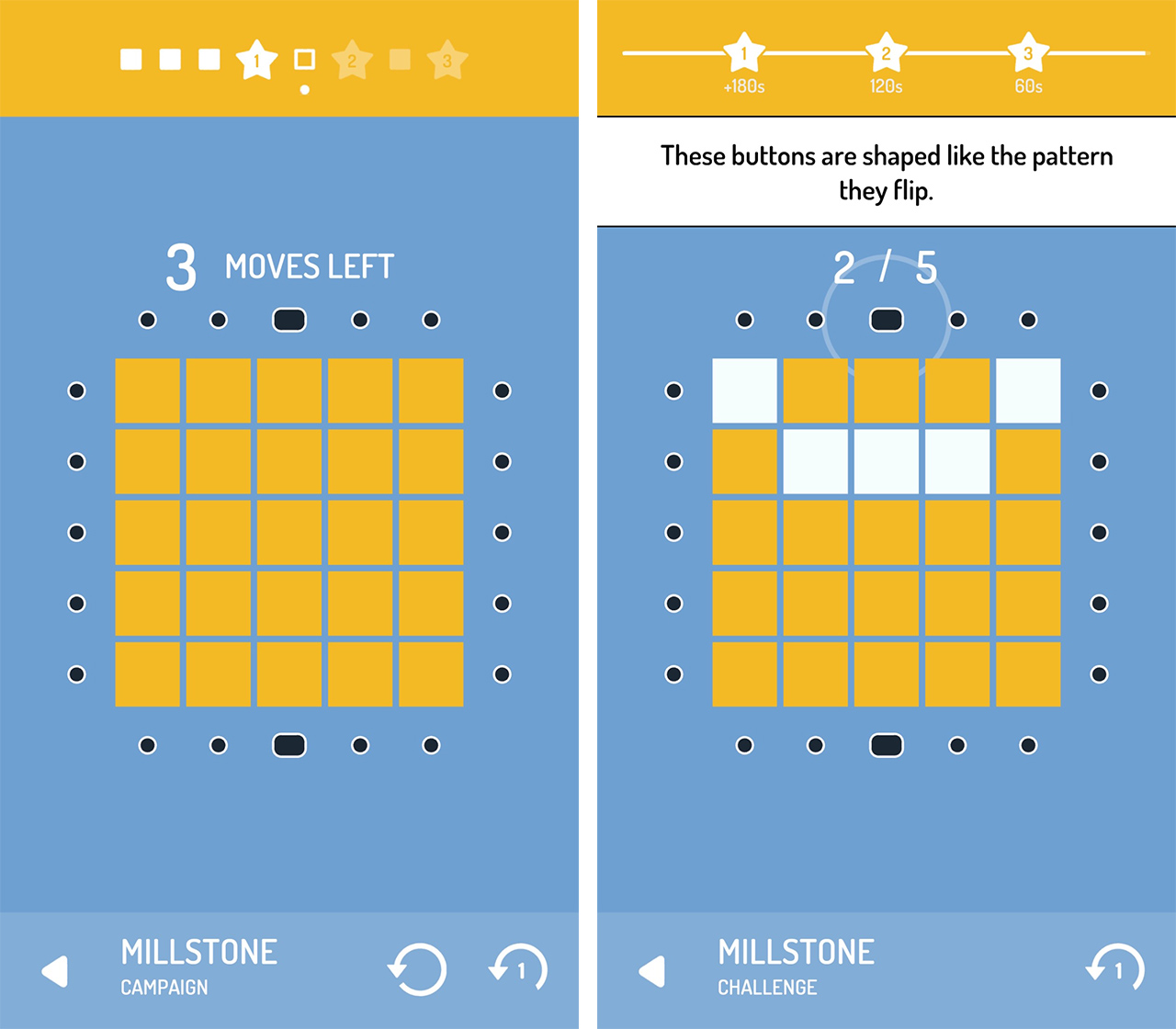 While I found the basics of the game difficult to pick-up at first, I quickly got the hang of it. Noodlecake and Glitchnap have thankfully included a detailed tutorial that walks the player through the game’s intricacies.