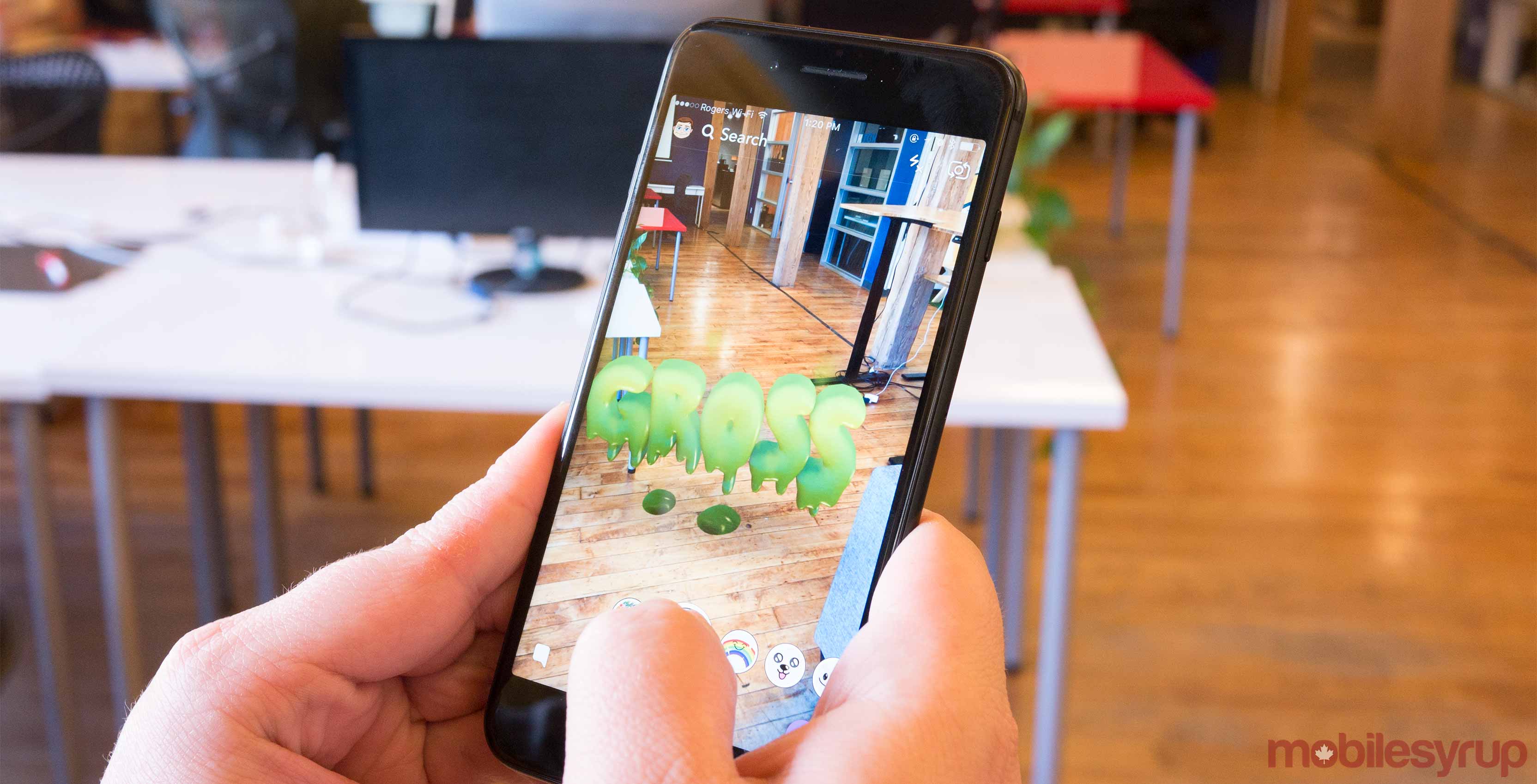 After Instagram’s addition of pinning emojis, the ball was firmly placed in Snapchat’s social media court.

Now, Snapchat has updated its application to include 3D augmented reality objects. You can finally fling VR flower seeds into your real world through a snapchat lens and watch them grow.

Accessing the new AR lenses is pretty simple. Doing so is accomplished in the same manner in the same way you access the app’s selfie lenses, but this time use the rear facing camera. One thing you’ll notice is that some of the selfie lenses also incorporate the new VR lens when using the rear shooter instead of the front facing camera.

Probably the coolest feature is that after placing the 3D object in the ‘real world,’ you can then walk around it seeing the emoji for all sides, or walk down a road placing virtual flower seeds as you go.

The new update is rolling out to Snapchat users now and is available via an update from the App Store on iOS and Android.