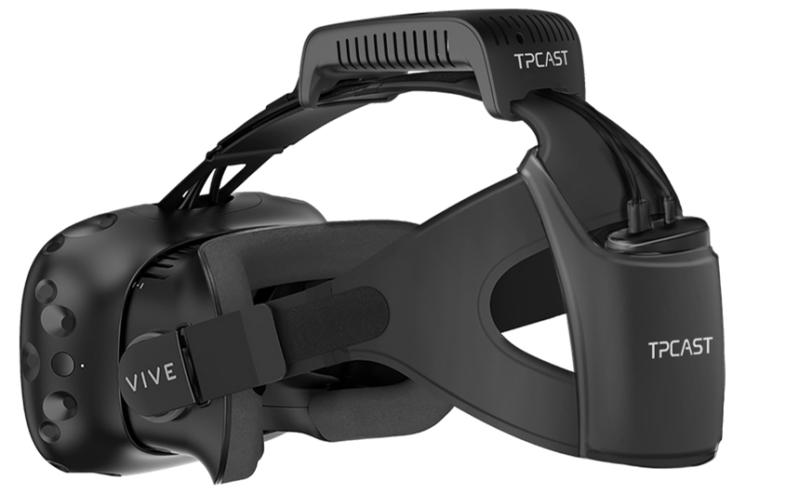 A new accessory that allows the sometimes unwieldy HTC Vive to go completely wireless, is now available on the company’s Chinese website.

The peripheral is developed by TPCast, a startup that’s part of HTC’s Vive X accelerator program. It adds a clip-on device to the Vive that turns it into a completely wireless VR headset. The current version of the Vive is tethered to a high-end gaming PC via a cumbersome, bulky cable that’s easy to trip over.

In an interview with UploadVR, Alvin W. Graylin, the Vive’s head of operations in China, said that there’s “no noticeable difference” in latency when compared to the wired version of the Vive. While this sounds impressive, it’s difficult to believe that there isn’t some level of latency present in TPCast’s accessory.

Battery life for the device reportedly measures in at just an hour and a half of power, though the company says it’s also working on a larger battery that can be placed in the users’ pocket while wearing the headset.

TPCast’s wireless accessory is available right now for 1,499 Yuan (about $300 CAD) via HTC’s China website and will ship in the first quarter of next year. There’s no word on if the device will make its way to other regions around the world, including Canada. It is possible, however, to navigate through the Chinese website and pay for international shipping.

If TPcast’s device sells well, it’s likely it will get an official international release at some point in the future. While far from revolutionary, the number of wires needed to connect high-end VR like the Oculus Rift and HTC Vive is a significant barrier when it comes to making the technology more accessible to the average user.