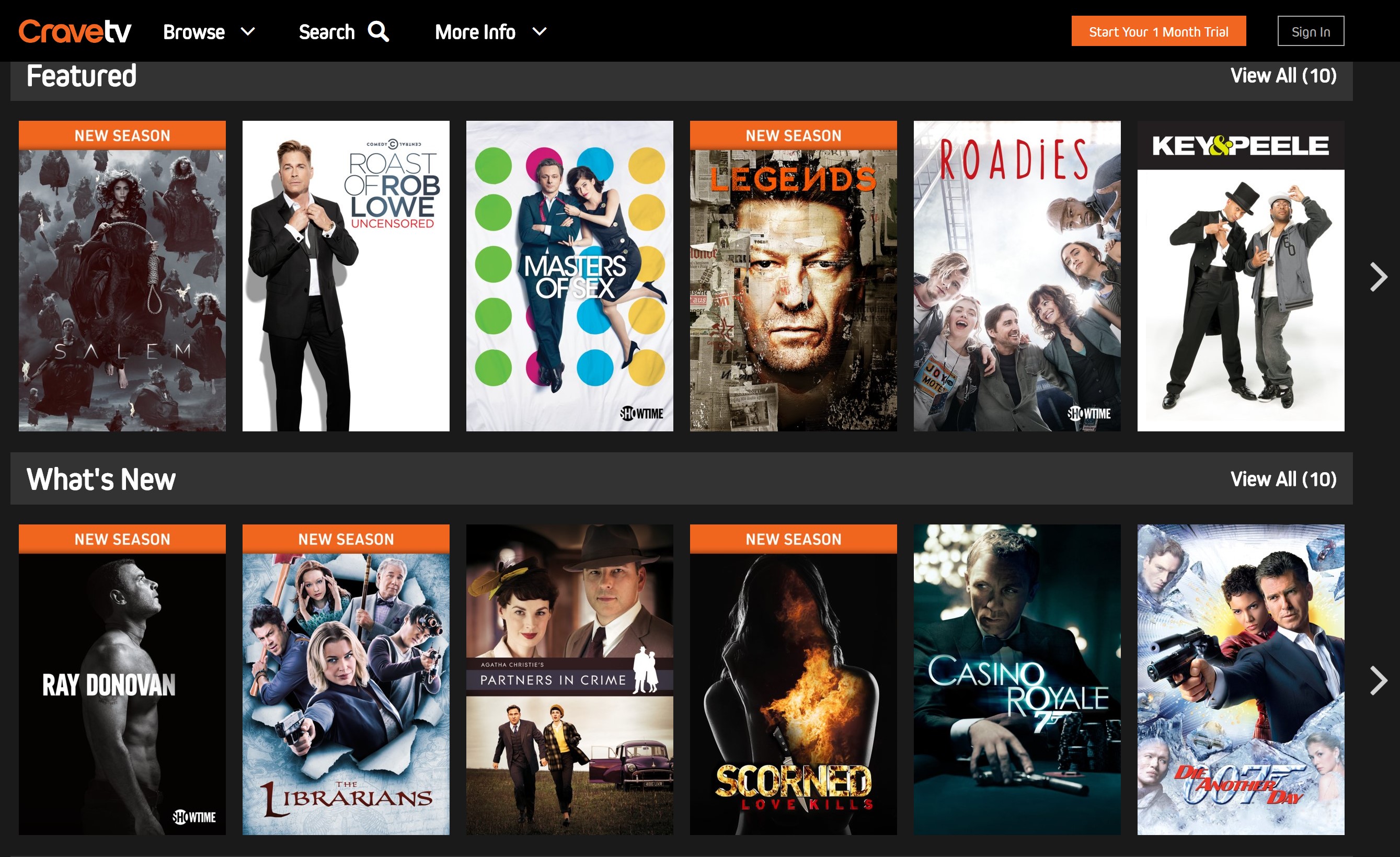 This means that along with HBO’s back catalogue, as well as originals like Letterkenny and the upcoming Russel Peter’s show Indian Cop, CraveTV users are also able to watch Showtime content via the platform.

Showtime, which is owned by CBS, until now has only premiered series in Canada on Bell Media’s The Movie Network pay TV service at the same time as the television show’s U.S. debut.

Other Showtime content present on CraveTV includes Twin Peaks, I’m Dying Up Here and Guerilla. Older Showtime shows like Californication, Dexter and House of Lies are also set to hit Bell Media’s streaming service in 2017. Upcoming Showtime series The Affair will premiere on CraveTV and The Movie Network on November 20th.

CraveTV subscriptions are priced at $7.99 CAD a month and are available to all Canadians, even those without a traditional Bell cable plan. Accessing Showtime’s content via CraveTV does not require an additional fee, which is an interesting move on Bell Media’s part given U.S. streaming services like Hulu and Sling TV often charge a premium for similar content packages.

Securing a deal with CraveTV rather than Netflix further bolsters Bell Media’s streaming service in the face of continued stiff competition from Netflix. Bell and Shaw-owned Shomi, CraveTV’s main competitor in the streaming space, recently announced that it’s ceasing operation on November 30th.

Related: Shomi is shutting down