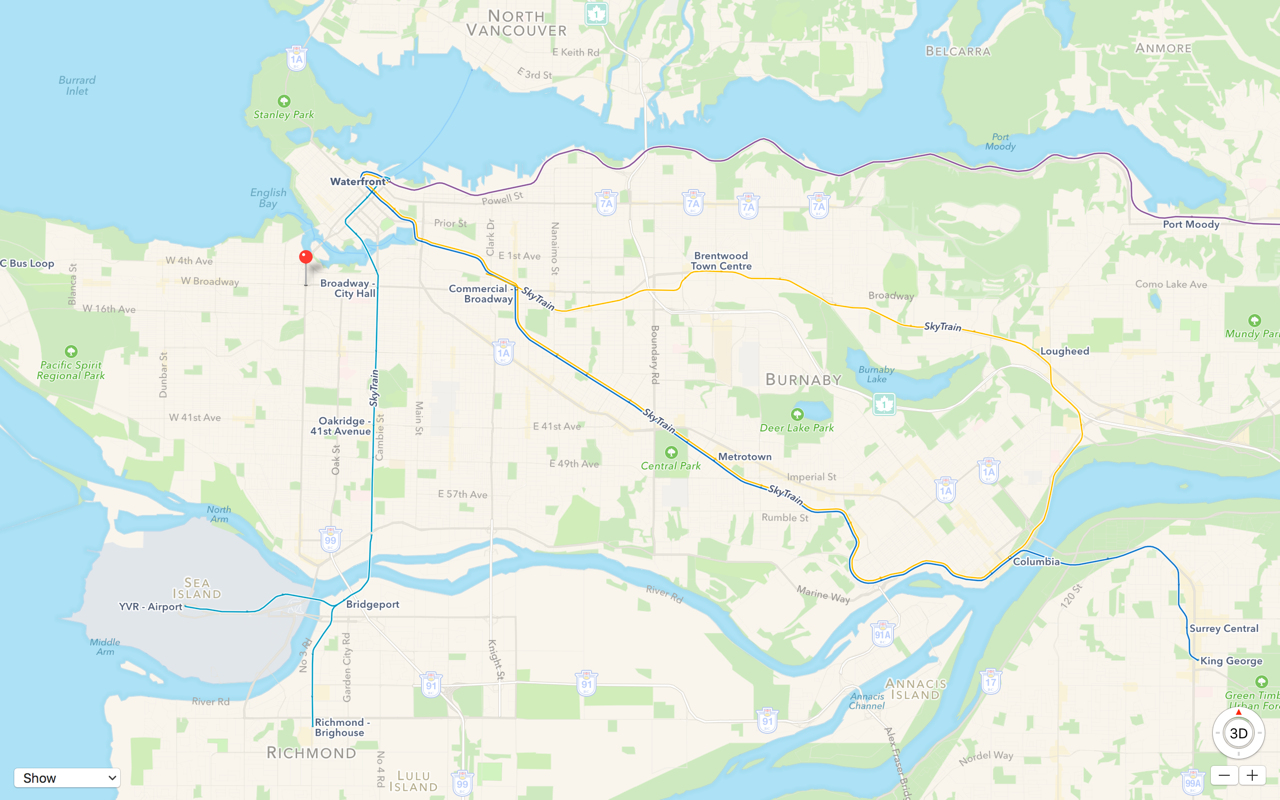 Over a year after Apple announced it was building a transit feature into Maps with iOS 9, that feature is now rolling out in Vancouver and Victoria, along with SkyTrain and West Coast Express lines that operate in other areas of British Columbia. The update means that users can now route plan using a combination of trains, subways, buses and walking.

The new feature also allows users to see SkyTrain and bus routes, schedules and transit entrances and exits clearly overlaid on the map of the city. Entrances and exits, aside from just indicating locations, also informs users about accessibility options.

The only other Canadian locations where the transit feature currently functions are Toronto and Montreal. 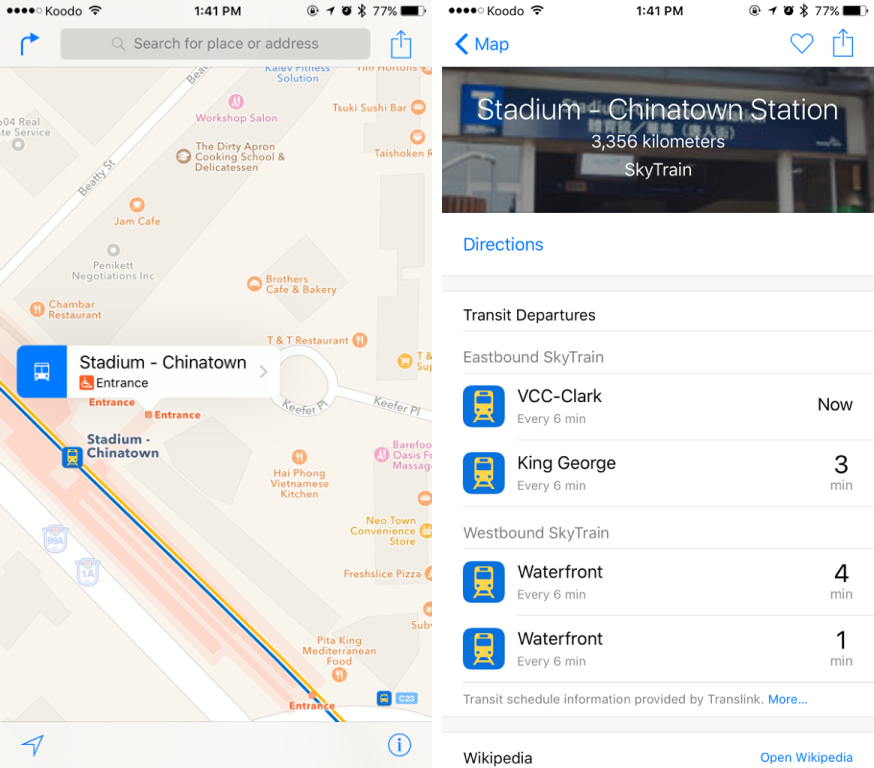