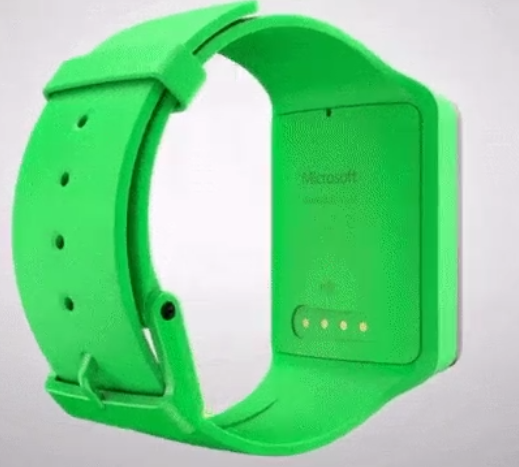 Prior to being purchased by Microsoft, Nokia was developing its own smartwatch known by the internal codename “Moonraker.”

Nokia executives apparently showed the smartwatch to select attendees during Mobile World Congress 2015, and the company was even set to launch Moonraker alongside the Lumia 930. However, plans to release the smartwatch were shelved shortly after Microsoft acquired the company.

Now, courtesy of Evan Blass, a new GIF has surfaced that gives a glimpse of what could have been. The square, colour touchscreen display looks similar to the Apple Watch in design but comes with non-removable bands. The charging port is located on the back of the smartwatch and previous images suggested neon green, neon orange, and black versions were on the roadmap.

While a Microsoft/Nokia smartwatch never saw the light of day, the company did release the Microsoft Band, which has some of the functionality of a smartwatch, but works more like a traditional fitness tracker thanks to its plethora of sensor.