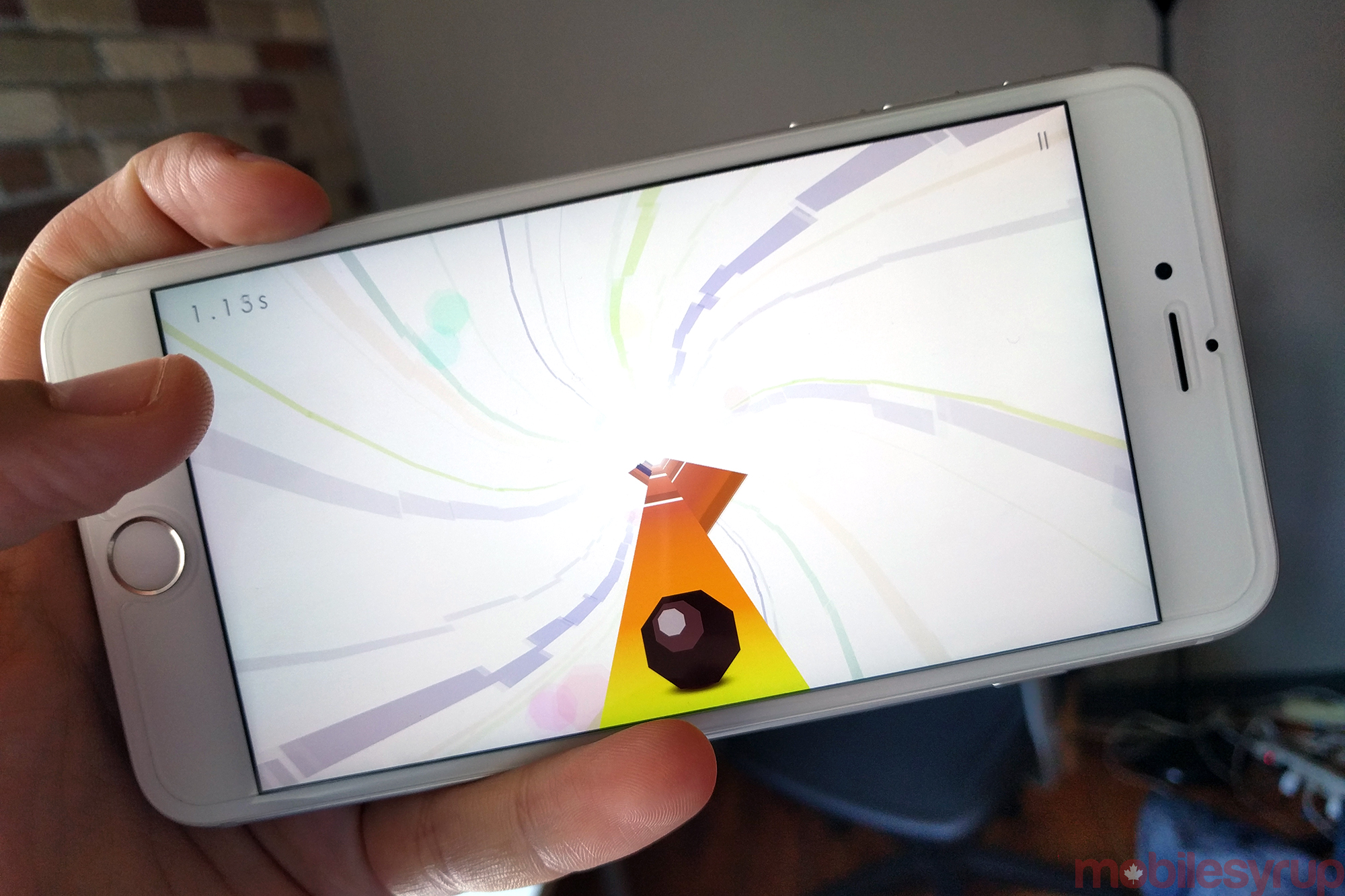 Lucas Korba’s Octagon is mobile gaming minimalism at its finest.

The game’s goal is simple, players navigate a two-dimensional marble through a three-dimensional retro-style level, with rapid fire left and right swipes. Twitch-reflexes are required in many of the game’s later levels and the difficultly of stages ramps up quickly.

Aesthetically, Octagon features a clean, minimal design that’s gorgeous to look at and isn’t overbearing (it has a lot in common with Endless Road). At times, I found the game so good looking that its visuals became distracting, causing me to forget to make that final swipe left at the last second.

The game also features an interesting parallax effect when you tilt your device around. The soundtrack is epic and hasn’t gotten old during the many commutes I’ve spent playing Octagon over the last week.

If you’re not fond of games that can sometimes be infuriating, though rewarding when you finally nail difficult levels, Octagon likely won’t be for you. On the other hand, Octagon nails the pick-up-and-drop-it mentality mobile games need to nail in order to make sense on the platform. 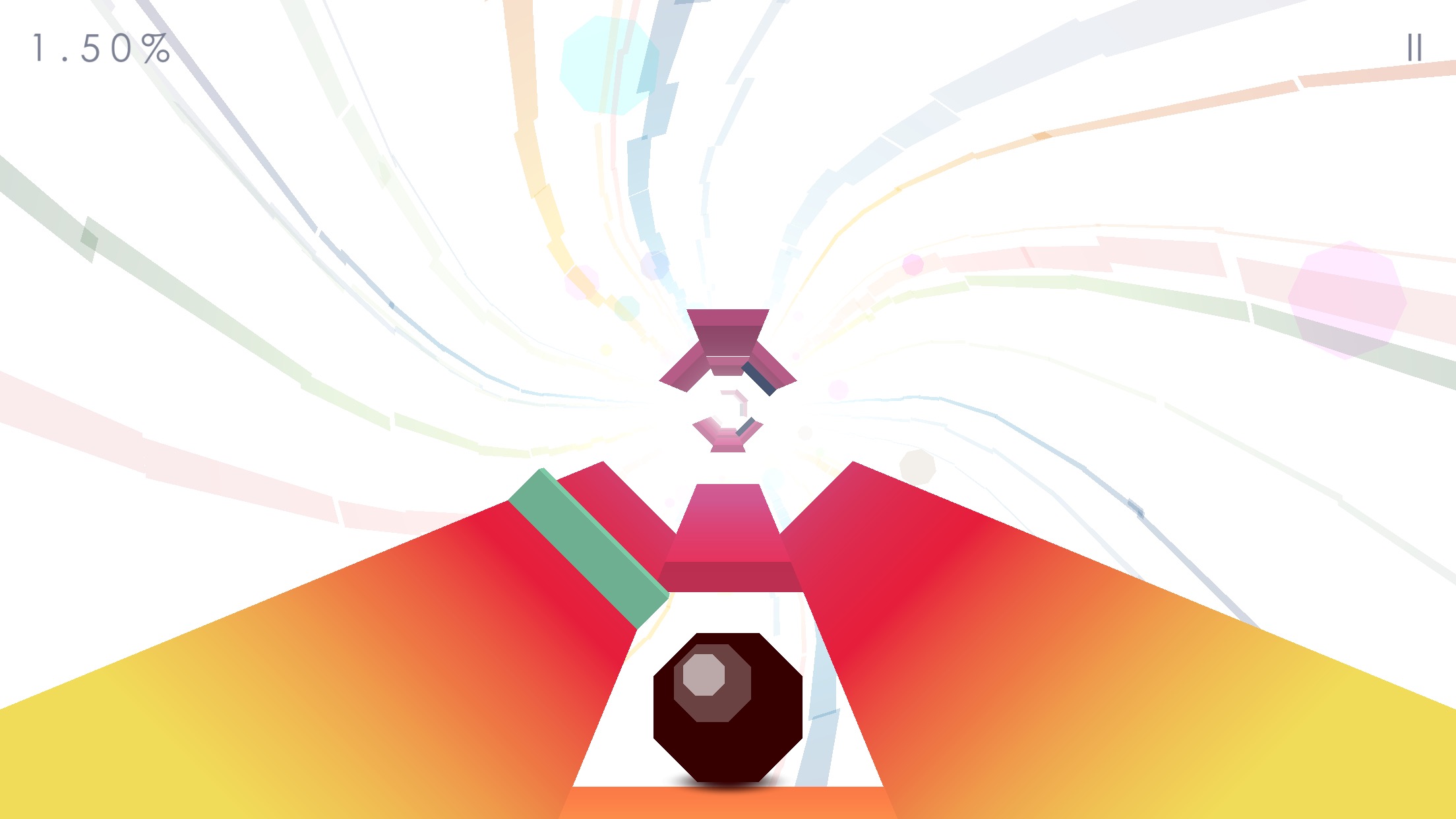 For Reflex game lovers, it doesn’t get much better than Octagon.