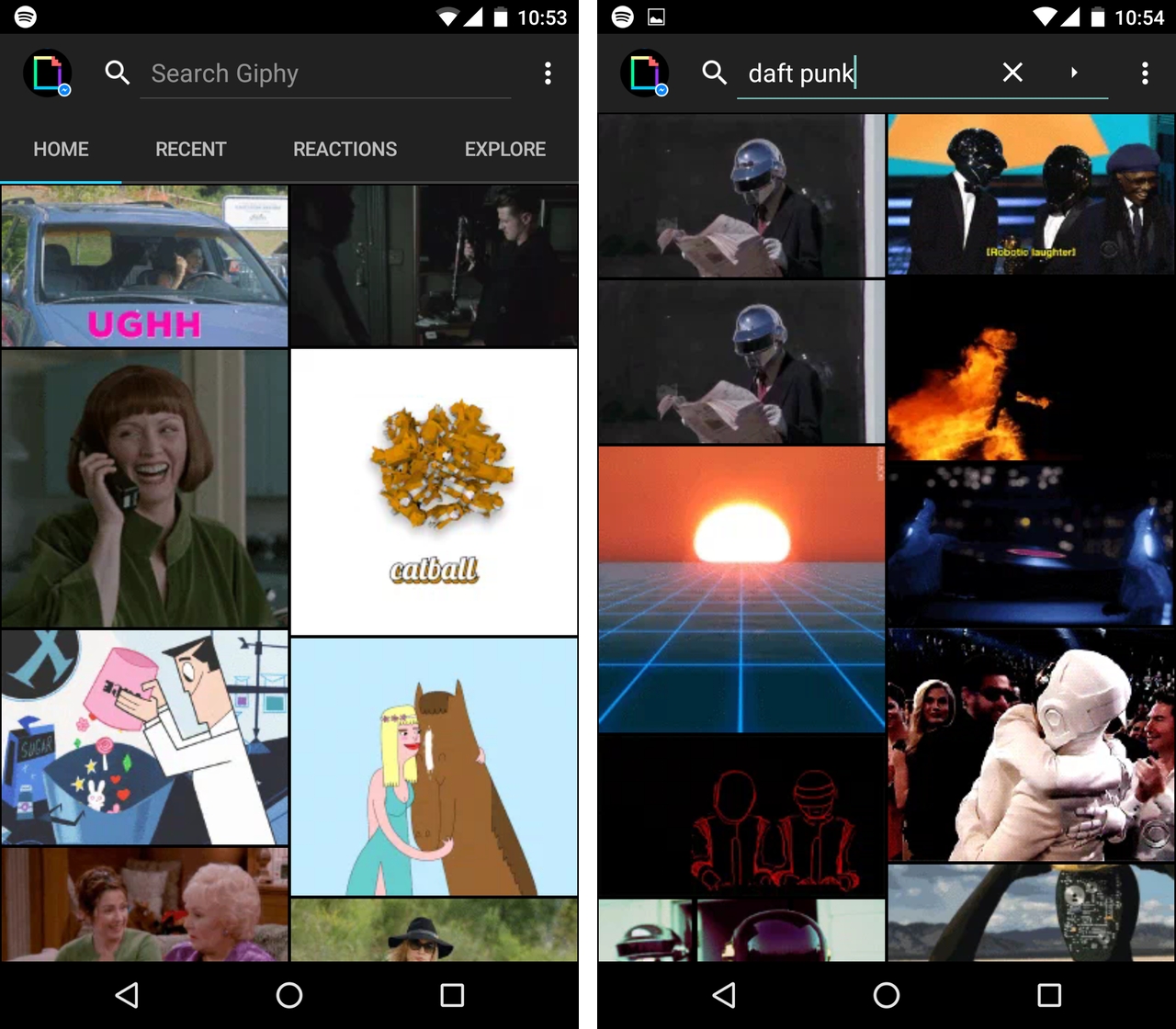 Everyone’s go-to place for GIFs is rolling out an updated Android app today. Since October, Giphy has offered a search app on iOS capable of sharing GIFs with other chat apps, but until today, the company’s Android was only compatible with Facebook Messenger.

Giphy is only three years old yet attracts over 65 million people every month. The platform has absorbed other companies who were posed a threat to the company’s dominance over the space, such as Nutmeg and Gifsoup.

In an interview with Popular Science writer Xavier Harding, the company’s founder Alex Chung said, “It’s the easiest, natural way to communicate by using the entire lexicon of pop culture as your dictionary.”

The app is rolling out in the Play Store as we speak, but developers say that users who already have the Messenger plugin will be upgraded to the new search app automatically.

Download Giphy for Android from the Google Play Store.