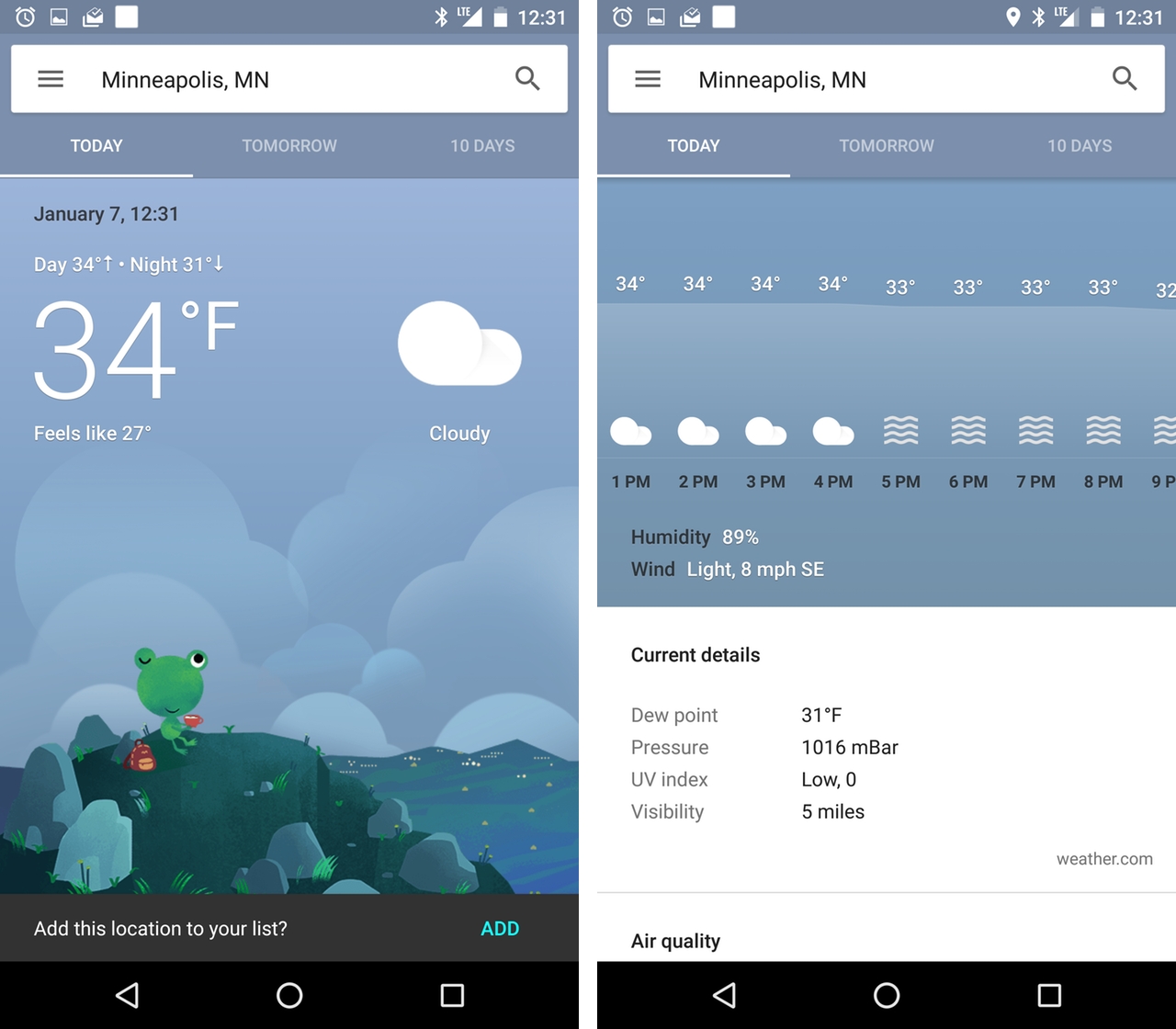 Back in January, Google rolled out a set of fabulously redesigned weather cards to Android users.

If you haven’t seen them, the star of the show was the cute frog Google appointed the mascot of the cards. Depending on the weather, the frog can be seen taking part in a weather appropriate activity. On a sunny day, for example, he/she will be sunbathing. The new cards also display a lot more useful information than their previous iteration.

There’s just one problem with the cards. Frankly, it takes far too many steps to access them — and, perhaps more importantly, get a peak at what the frog is doing. The user either needs to search for “weather” or tap on the weather card found within Google Now. 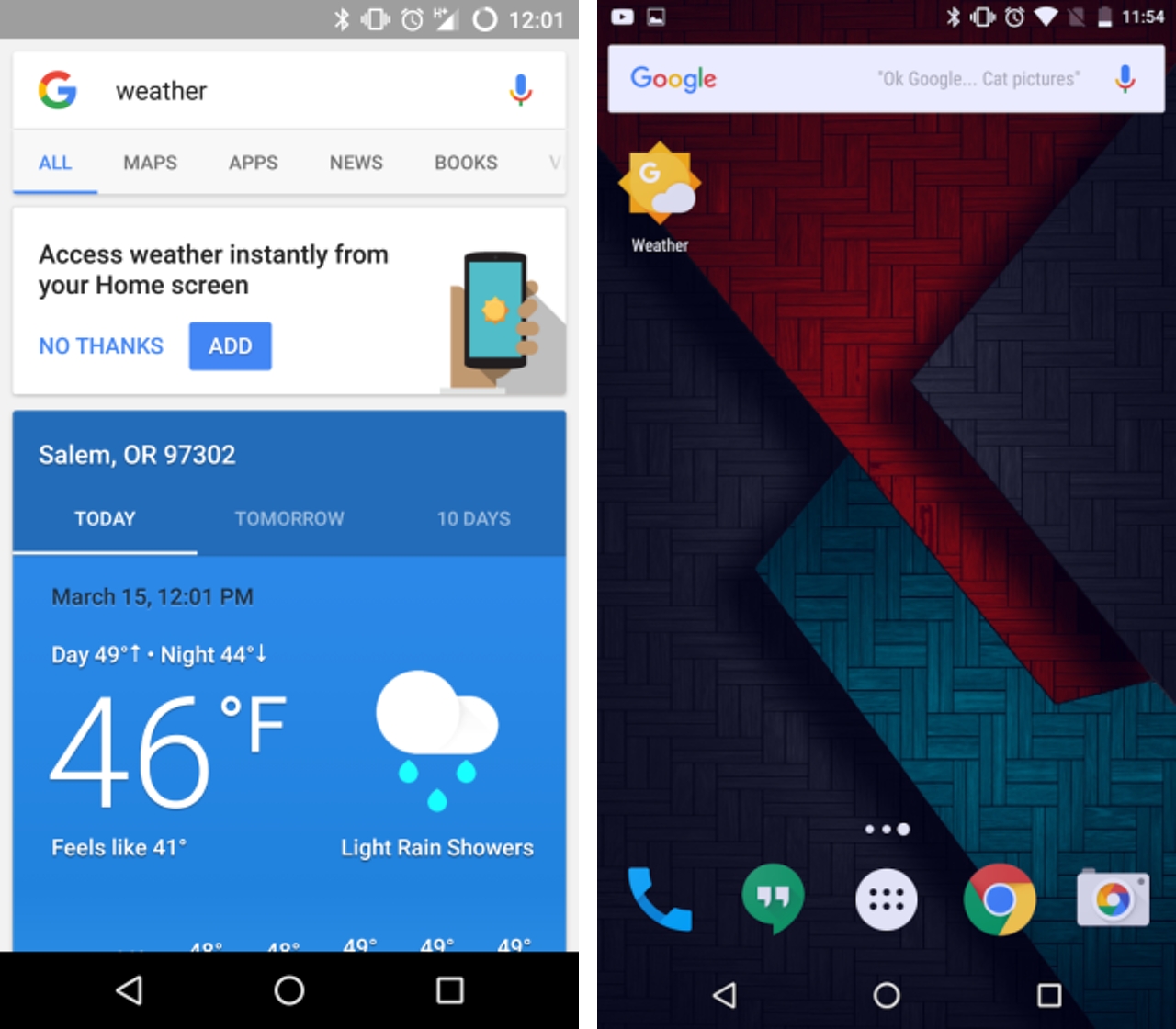 However, it looks like Google is working to address this issue. According to Android Police, a small subset of Android users have reported receiving a prompt to add a shortcut to the cards. When the option is enabled, an icon appears on the user’s home screen that leads straight to one of the cards.

For the time being, it appears Google is in the process of A/B testing this feature. When I went to check the weather, I wasn’t given the option to add the shortcut to my home screen. Here’s hoping Google decides to rollout this feature to everyone.