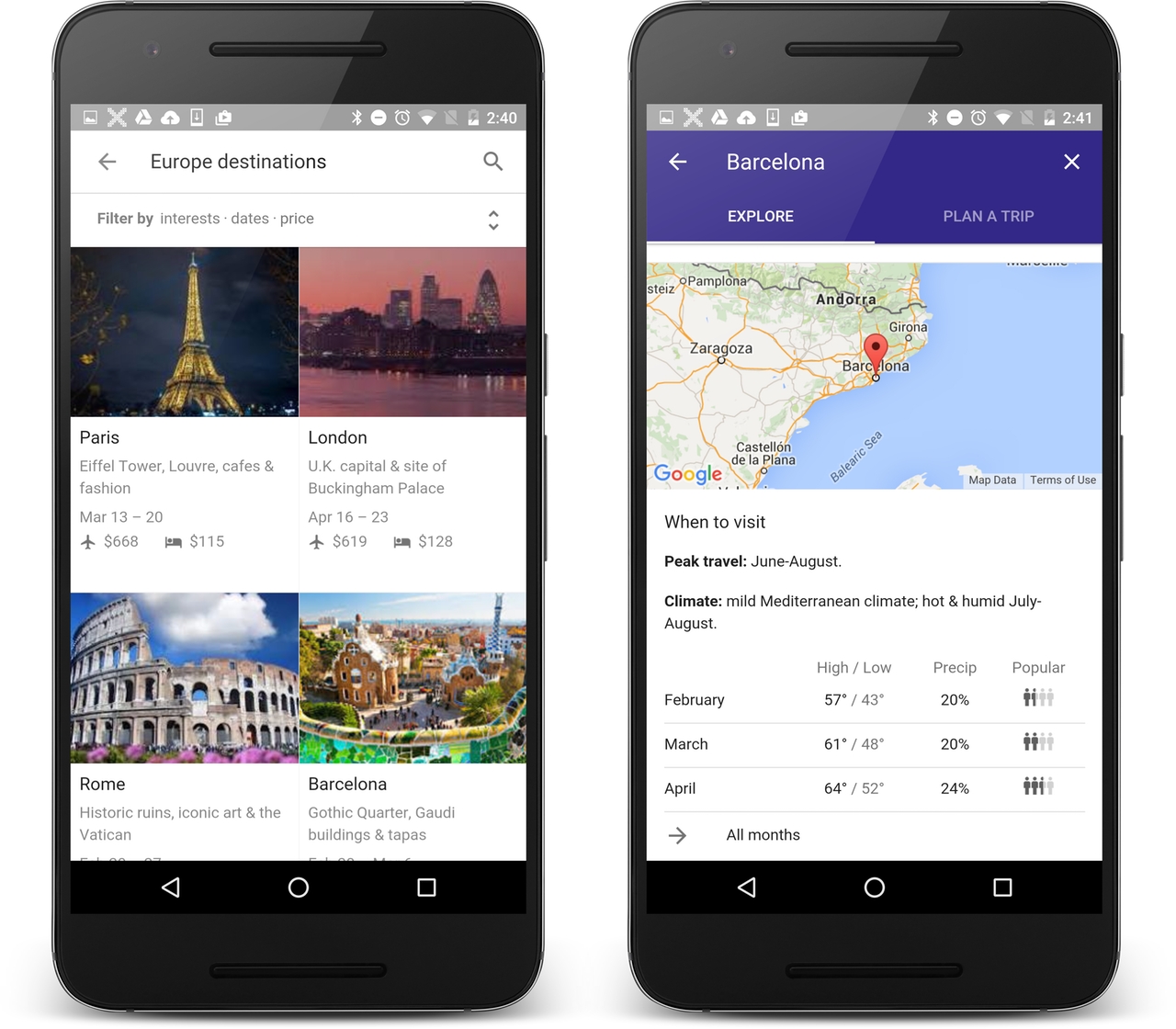 Google has a handy new tool for planning your next trip.

Launching today, Canadians can access the service by using Google to search for broad terms like “European travel destinations” or for specific destinations they would like to visit in the future. Users don’t need to download an additional app, though the functionality can be accessed through the Google app, available on both Android and iOS.

Much like the company does for search results involving, among other things, like the weather and yoga poses, travel spots Destinations recommendations are displayed using minimal but attractive search cards. The difference here is that these new search cards are more informative and robust than almost anything else Google has released in the past.

Without going into significant detail, it’s possible to imagine someone planning an entire trip using only Destinations.

One feature allows users to see a monthly breakdown of a city’s weather and precipitation patterns, as well as how swarmed that city is with tourists in those same months. Users can cross reference this data with information Google has on flight and hotel options.

In much the same way handy travel planning app Hopper does it, Destinations allows users to see fluctuations in the cost of planes tickets on a day-to-day basis. Thanks to this data being displayed in graph format, it’s possible to quickly pick up on certain patterns, such as specific days when tickets cost less than during other days of the week. 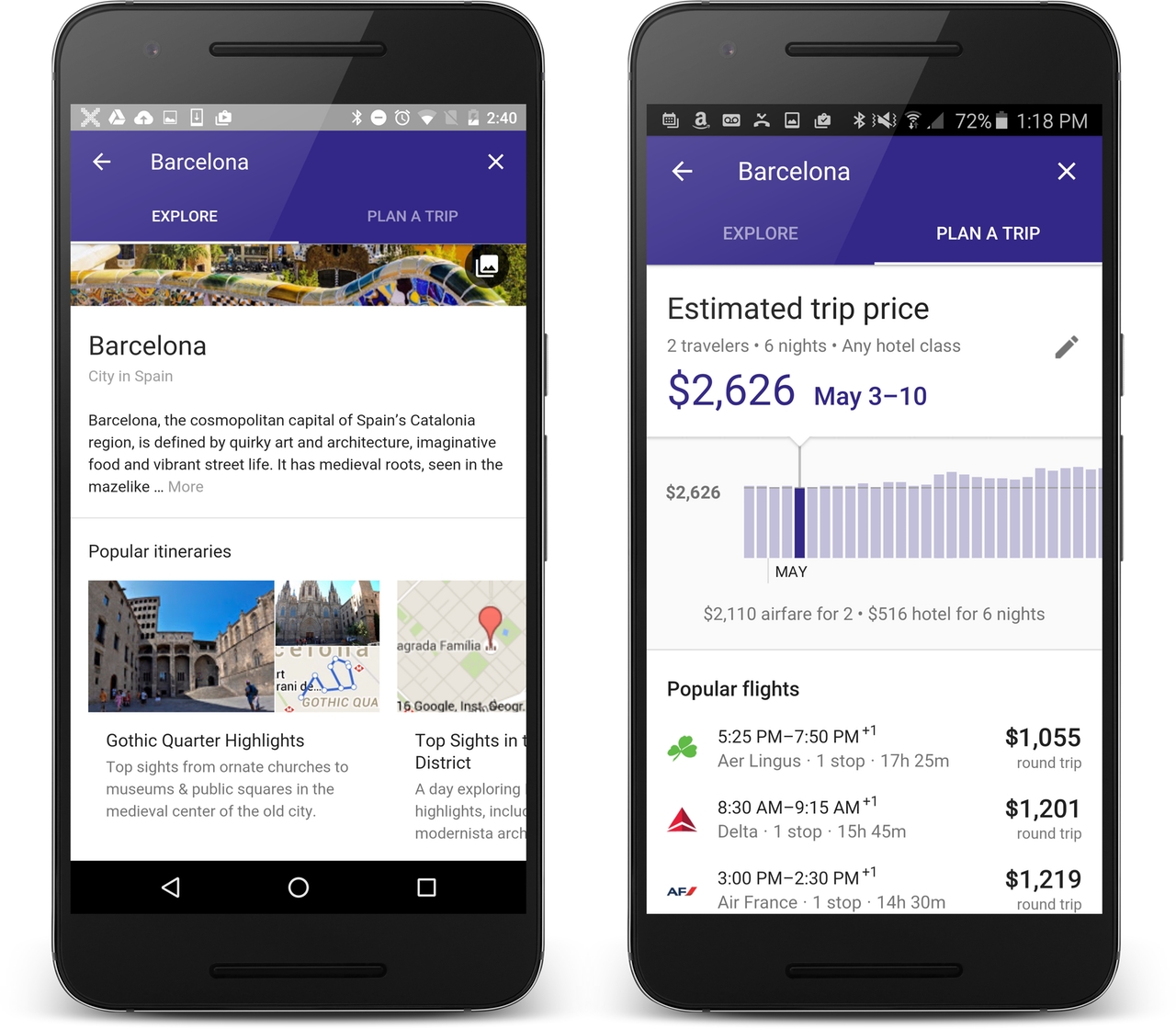 The user also doesn’t need to leave Google search to book their flight and hotel.

Each travel destination also has multiple themed daily itineraries written by the company’s editorial team. In Berlin, Germany, for instance, one suggested itinerary focuses on the city’s Cold War history. On a more macro level, there are also country-wide travel itineraries, though the interesting detail about these is that they were generated using anonymous location data pulled from Google users’ mobile devices.

According to Stefan Frank, the Google product manager who oversaw the creation of Destinations, he and his team created the service to cut down on the amount of research travellers need to do before going on vacation. Frank cited a survey conducted by Expedia which found that the average U.S. traveler visits 35 different webpages in the 45 days leading up to one of their trips.

Moreover, the service is launching on mobile first because the company found more and more people are doing their travel research on their smartphones.

According to data collected by Google itself, in Canada mobile searches related to trips planning is currently growing by 36 percent year over year. “We no longer research things in a long, dedicated research session on our laptop. We reach for our devices in the moment we need them,” said Frank’s colleague Zahra Kanji.

At launch, Destinations is missing some features — like the ability to browse Airbnb and hostel listings — though Frank promised they’ll be added down the line. For obvious reasons, however, he wasn’t able to provide a specific timeline for when those kind of features will be added to the experience.