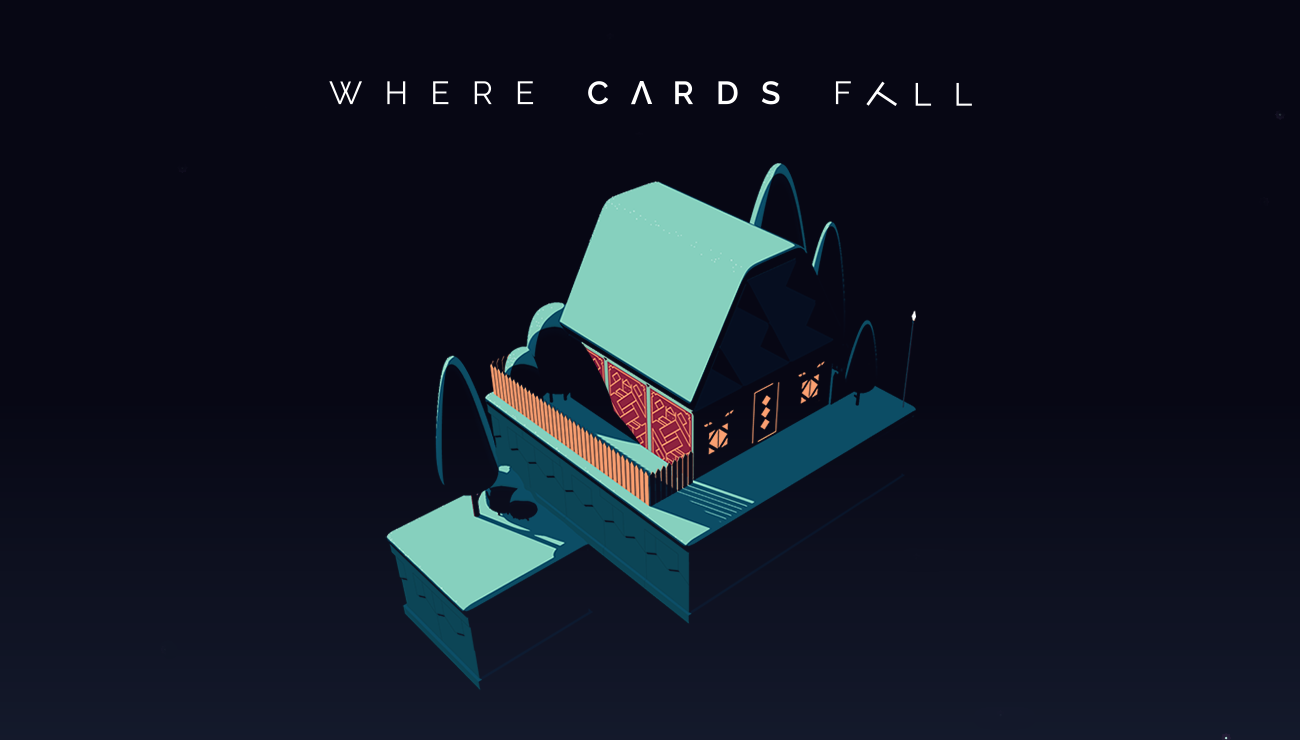 Back in November, Toronto-based developer Ryan Cash and his studio Snowman announced it was developing a new project in partnership with fellow game developer The Game Band. We now know what this new game is called – Where Cards Fall – and some information about how it will play.

The Game Band, a small studio created by Sam Rosenthal, a former triple A game developer, is handling much of the game’s development. Cash’s studio, on the other hand, is contributing art, design and marketing to the effort.

“The Game Band team is incredibly talented and responsive, and we both learn a lot from each other,” said Cash, discussing what it has been like to work with another studio on the project. “Sometimes the timezones are tough — I’m currently in Indonesia at the moment— but we make it work. When everyone on your team is awesome, remote collaboration is a breeze.”

Rosenthal and Cash say they aren’t ready to announce release platforms or a specific release date yet, though the pair have reportedly been working on the title full-time since last year. Considering Cash’s experience developing mobile titles, it’s likely Where Cards Fall is another title designed from the ground up for smartphones and tablets.

While Where Cards Fall apparently focuses on building and knocking down structures, with an emphasis on puzzle gameplay. It also shares commonalities with Alto’s Adventure in terms of visuals.

The game will also have more of a narrative focus than its predecessor, but still features the pick-up-and-play gameplay that helped make Alto’s Adventure a success.

When asked specifics about how Where Cards Fall will play, Cash remained tight lipped, reiterating that the game will focus on building structures – presumably with cards – and solving puzzles.

Alto’s Adventure recently made its way to Android for free.