The sad story of smartphones and aftermarket car audio 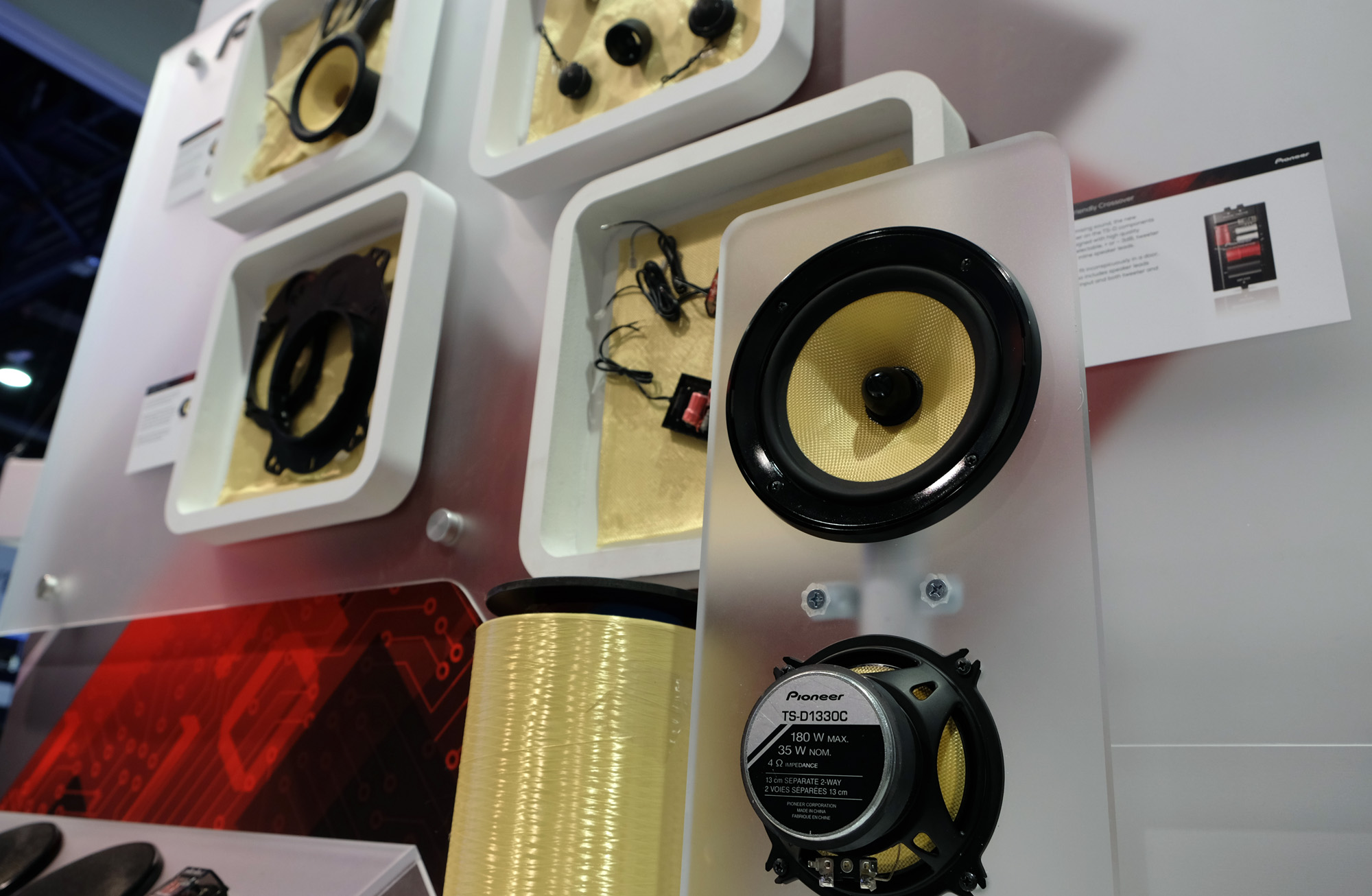 Having an older vehicle is usually a matter of circumstance in the present, and one of choice in the past. Sometimes it isn’t, but the point is that there are more vehicles on roads that aren’t brand new in any way.

This matters for drivers who want the latest smartphone integration in their vehicles. With Apple’s CarPlay and Google’s Android Auto poised to take charge in 2016, an overwhelming majority of cars will be left out, including many makes and models that came to market as late as 2015. This would be a problem the aftermarket could solve, but how easy is it to do when the dash has become so complicated?

It used to be that a car rolled off an assembly line with barebones technology in the dash. A radio, sure. A CD player, maybe. Good speakers, hardly. Starting in about 2001-02, automakers began to take integration more seriously, culminating first with standard connections, like USB, Aux-In and extra 12-volt sockets, and then leading to something that seemed revolutionary at the time in Ford Sync, co-developed with Microsoft.

Smartphones weren’t a thing at the time, and legal music downloads were still a growing business. Today, that all seems archaic. In an age where streaming, wireless charging and remote access to vehicle features are widely available — and all from the automakers themselves — does the aftermarket offer anything to build on that? 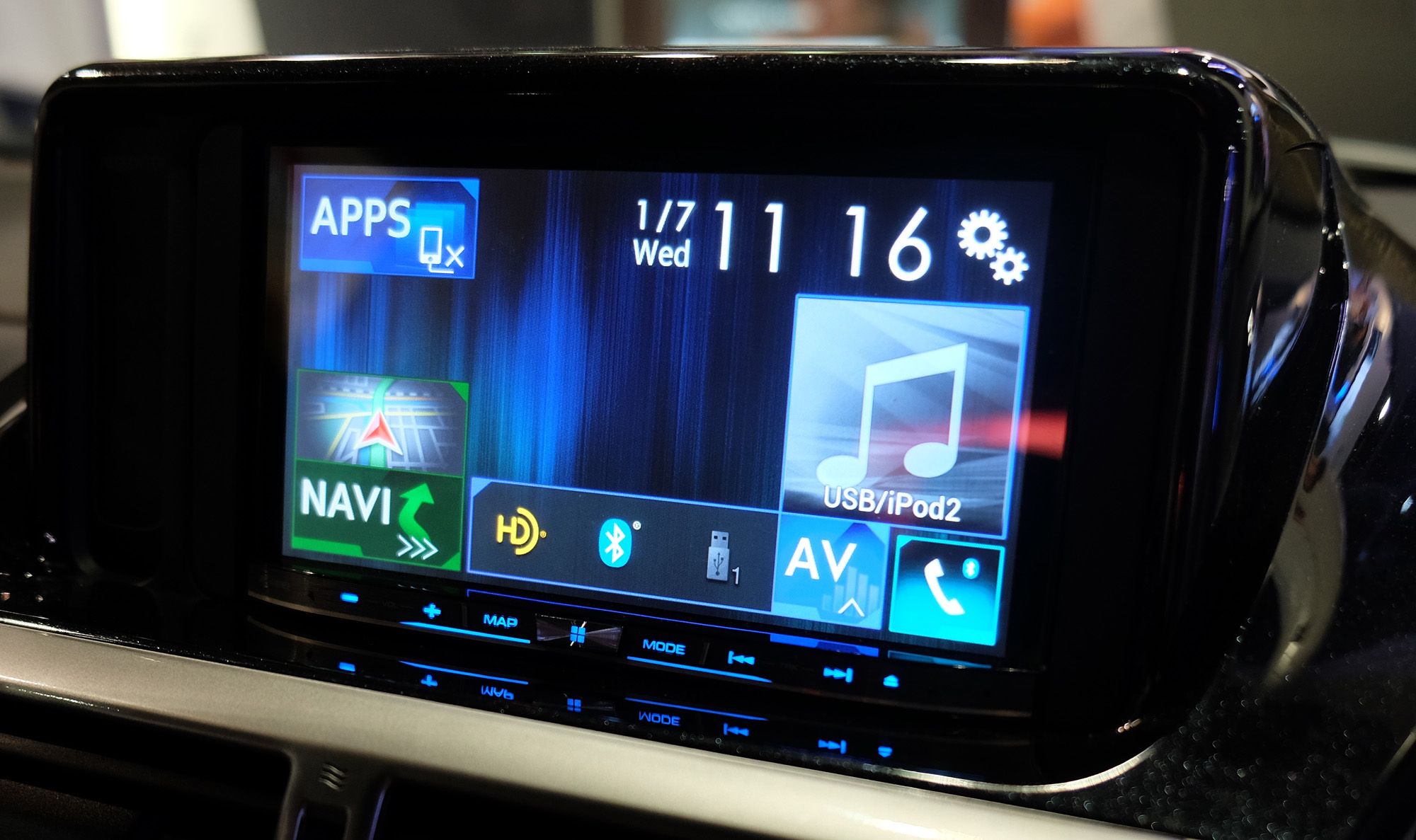 Building on top of the foundation carries a very different definition today. In the past, an aftermarket system would essentially supplant an entire OEM one. Now, it’s like a nip and tuck scenario where some things can change on the backend, but not the aesthetics of the system itself.

Vehicles with built-in infotainment systems sporting nice displays and basic smartphone integration are stuck in a no-man’s land, where the basics may work well (Bluetooth streaming, USB playback), but more intricate pieces may not (apps, user interface). Many millions of cars are in this situation.

Automakers don’t really have hardware modularity plans or processes in place, save for some experimental ideas from a few of them. And this impacts both popular mass production and luxury models equally. It’s a little paradoxical that a 2006 Toyota Corolla offers a greater level of infotainment upgrades than a 2013 BMW 7 Series. Why is that the case? Because the former has less integration to begin with. There is no central control module that handcuffs aftermarket installs.

The increasing complexity of what automakers are cramming into their respective dashboards makes tinkering more challenging. Speakers can certainly be swapped out for better ones, and improved sound is even possible from the head unit with the right tweaks, but altering the entire head unit and the software running everything isn’t so simple.

This is precisely where automakers have fallen behind. By sticking to resistive touchscreens (or no touch at all) and clunky, outdated graphic user interfaces (GUI), smartphone integration is already stifled. Try using a current iPhone or Android device with a Ford Sync or Chrysler Uconnect vehicle from 2010 and you will see how much of a technology gap exists.

This should have been an opportunity for the aftermarket to come to the rescue, except it, too, was facing the same issues. Aftermarket head units, while better equipped and offering more bang for the buck, also suffered from a lack of integration and ongoing relevance. Mobile devices were moving too fast, and with a lack of standardization, it was hard to keep up.

MirrorLink and MHL each offered so much promise. Head units, and smartphones supporting them, could be bridged together to offer some interesting usability. Mirroring the phone’s display presented the kind of app compatibility unheard of at the time. It truly was the first time Google Maps could be used in a vehicle and appear on a head unit’s display.

MirrorLink was first developed by Nokia but is now run by the Car Connectivity Consortium (CCC). It’s non-proprietary, open-source and crowdsourced, which would give the impression of wide-based support, but that is not the case. The CCC has to work with each individual phone manufacturer to get its standard approved. Even with that, it was sometimes stymied by Android updates that watered things down later.

Plus, Apple never showed interest in adopting MirrorLink or MHL. For a time, this wasn’t a big deal because the iPod Out functionality, embedded in the old 30-pin plug used until Lightning was introduced with the iPhone 5, performed in much the same way. It was possible to bring up Google Maps or Waze on an aftermarket head unit offering that at the time. With Lightning, that all changed. And despite a workaround that used an HDMI adapter, the added wired setup didn’t foster much confidence.

Navigating all this as a consumer who wasn’t a car audio enthusiast was difficult. The terminologies notwithstanding, a lack of coherence contributed to the overall decline the aftermarket has experienced since 2009.

Valiant efforts were made to stay current and stop the bleeding. Pioneer’s AppRadio platform was originally designed to bring phone and app integration into the 6- or 7-inch head unit displays. Apps like TuneIn, Rdio, Waze, NavFree and others were officially supported, and worked quite well. That was with the iPhone, not with Android handsets. Once Lightning went mainstream, AppRadio was thrown into chaos.

Other stalwarts fared no better. JVC Kenwood and Pioneer pushed MirrorLink hard, yet never managed to build the standard’s profile enough. Clarion got out of the business altogether in North America. Alpine still makes speakers, but not head units. Sony now works solely with Ford. Panasonic looks to be one of the top battery suppliers for electric cars.

The list of aftermarket vendors, at least for head units, has thinned out greatly, leaving only Pioneer and JVC Kenwood to compete over what’s left.

Indeed, it was Pioneer that first introduced a CarPlay-compatible head unit, not an automaker. It was Pioneer, again, who rolled out Android Auto on the very same deck (and others) when that officially launched in March 2015. 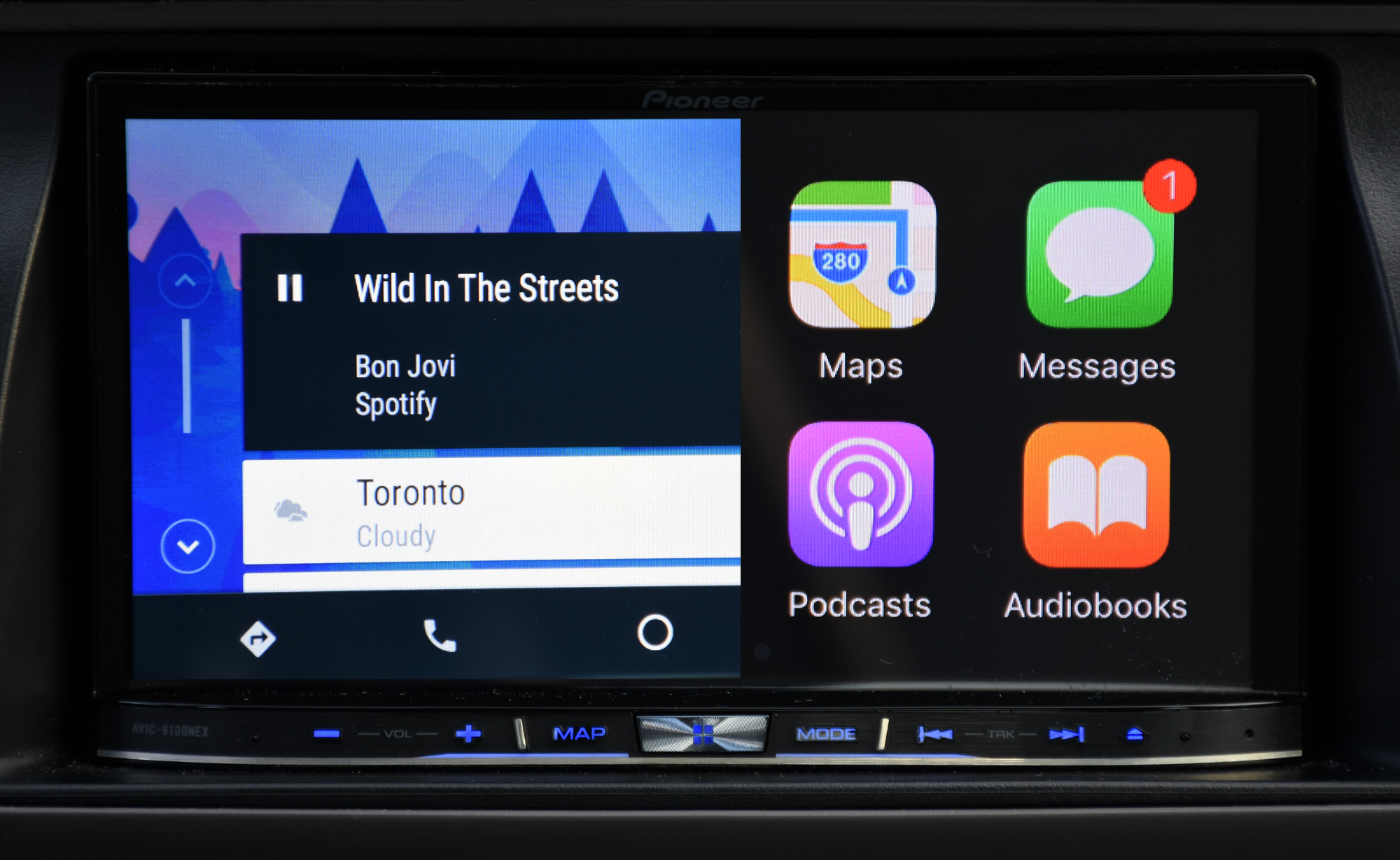 Looking to adapt, these two companies have been designing head units and brackets to better integrate into a factory setup, so the screen nestles in without affecting the look and feel of the dash.

With CarPlay and Android Auto ready to go mainstream in most new vehicles coming in 2016, drivers looking to get the same experience on their current models would have no other option but the aftermarket.

Both of these platforms aren’t hardware solutions, but rather software that resides on the phone and projects it to a compatible head unit. They can both run on the same system, which must have a capacitive touchscreen. Most factory infotainment systems to date have used resistive touchscreens, like those seen in the Palm Pilot era. This is a major reason CarPlay and Android Auto can’t functional in those vehicles.

Several automakers are attempting to keep their legacy systems current via software updates, but it’s mostly an empty promise. There isn’t much they can do to bridge the gap between technology envisaged and engineered years ago, and where mobile is today and will be in the near future. With no real app support, it’s a fool’s errand.

Swapping out an aging and increasingly impotent factory head unit for something much better from the aftermarket is really the only way to retrofit an older vehicle. And “older” also includes models that came to market as late as 2015. 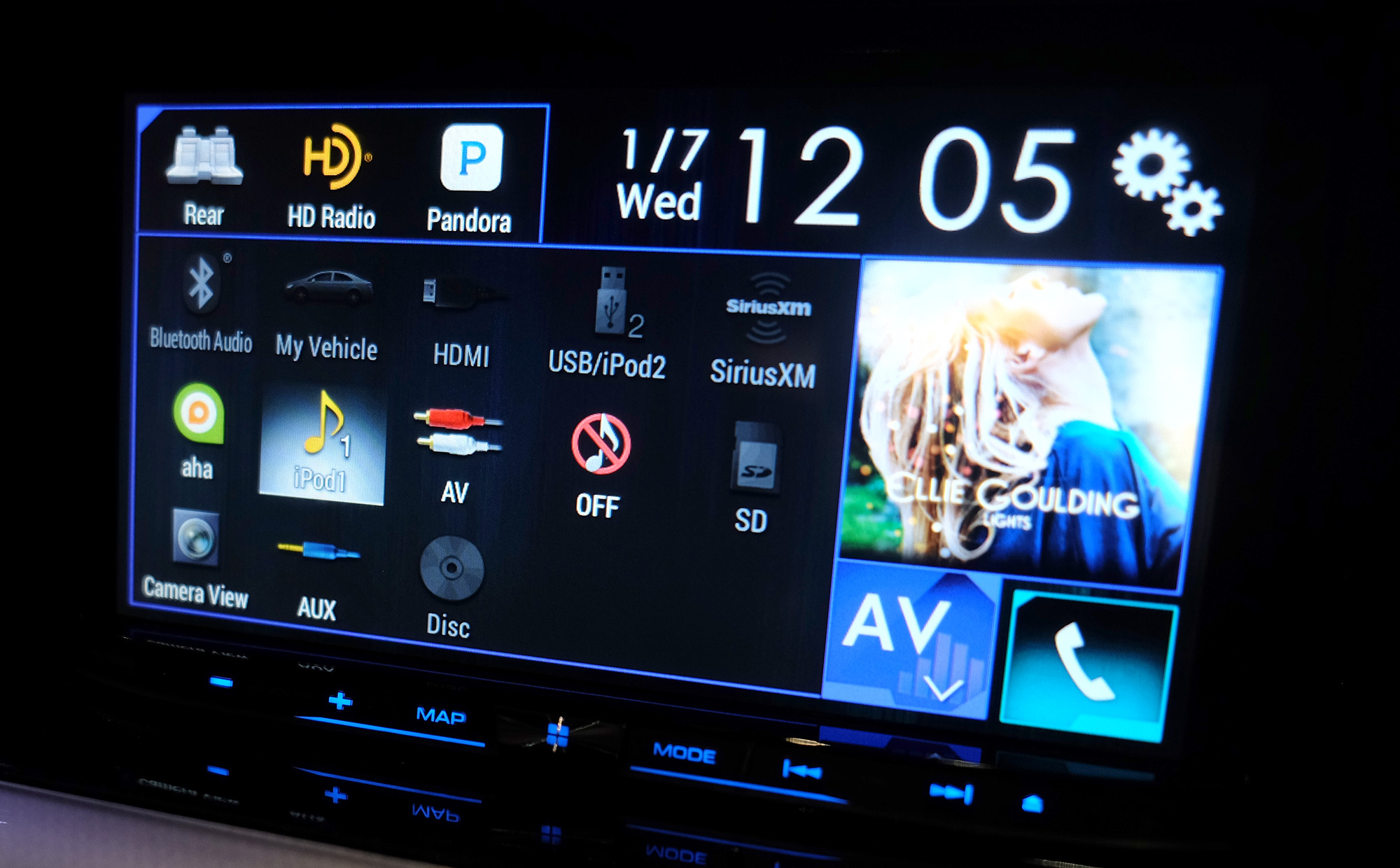 In five years, aftermarket head units may either evolve into something very different, or simply won’t exist anymore because phones will do all the work anyway. A scenario where a dumbed-down factory display is powered by a smartphone isn’t a stretch. What CarPlay and Android Auto do is already an example of that.

Electric and autonomous vehicles grab most of the headlines for car tech, and with good reason, yet the dashboard will figure into all of that, too. The concept of a ‘smarter car’ includes smarter ways to integrate smartphones and wearables into the cabin. The aftermarket may have a place in facilitating that, but it’s hard to see it being with head units.

The aftermarket will always offer an upgrade path to sound quality, though it remains to be seen whether vendors will be left with nothing but scraps beyond that.