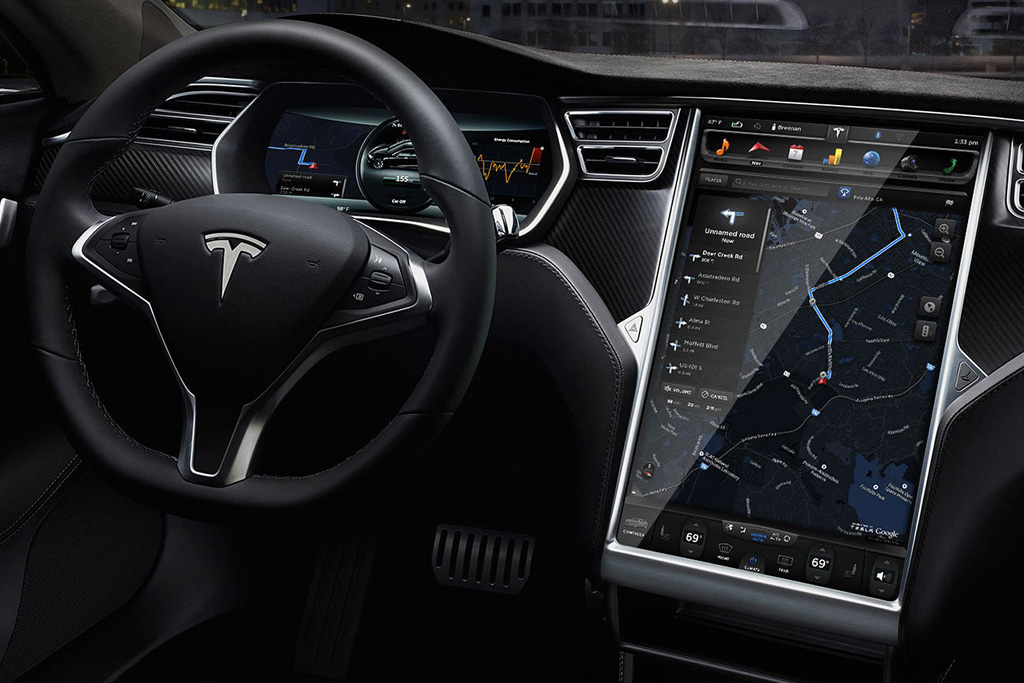 It’s common knowledge that buying a car is meant to be a 10-year investment, sometimes even longer. Considering how reliable and efficient vehicle technology has become under the hood, the same can’t be said of the longevity attached to what’s in the dash.

The auto industry doesn’t address it openly, but the people running these companies are likely all too aware of the issue facing them. If they can’t keep up with the rapid pace of mobile — not just in software, but also in hardware — they may have no choice but to cede control of their respective dashboards to outsiders.

For any automaker, this is like giving a complete stranger the keys to a dream car. Since the dawn of the industry over 100 years ago, an elaborate supply chain has sustained it until today, where suppliers produce components adhering to strict guidelines. Vehicles are designed and engineered over about three or four years, including the technology found in the dash. Everything is made to spec, both in hardware and software, with as much proprietary functionality as possible.

As vehicles have become increasingly computerized, complex and integrated technology has made the dashboard more than just a radio and in-car climate control. A widescreen display is now a regular feature, as are steering wheel controls, and sometimes, even backup cameras. The usefulness of many of these new features is easy to understand, and their linear functions maintain without much upkeep. Once you bring the smartphone into the cabin, however, all bets are off.

In-car smartphone integration, for lack of a better term, is a mess. Even high-end vehicles retailing for over $100,000 are not immune, rolling off assembly lines with infotainment systems that are outdated almost as quickly as they’re sold at the dealership. It seems just a little paradoxical that older vehicles, lacking in sophistication, offer a greater opportunity for upgrades.

And yet, that’s where the industry sits today. The dash is now one of the main battlegrounds automakers compete in. Each system has a name — Sync, Uconnect, ConnectedDrive, and on and on. They are marketed as being user-friendly and convenient, some with voice control, others with snazzy layouts meant to evoke the feeling of being in control.

Except technology is moving too fast for all of them, leading to a serious conundrum. Putting SIM cards and Wi-Fi antennas in vehicles is a way to download software updates over the air to improve and augment the existing system. But how do you keep that system current when it was already practically obsolete from the beginning? It’s like updating a Google Nexus One from 2010 to run Android 6.0 Marshmallow with aplomb five years later. The hardware can’t handle it, and so, it either continues slogging as is, or it’s discarded for something newer and better.

That might come off as a false equivalency because it’s comparing what was a $500 device to one that is tens of thousands of dollars. But it’s not. The difference is that most consumers don’t purchase new cars for themselves every year or two. Next to a home, it’s a huge financial commitment that should last a long time. After all, vehicle efficiency isn’t just about mileage and emissions, it’s also about durability and performance. 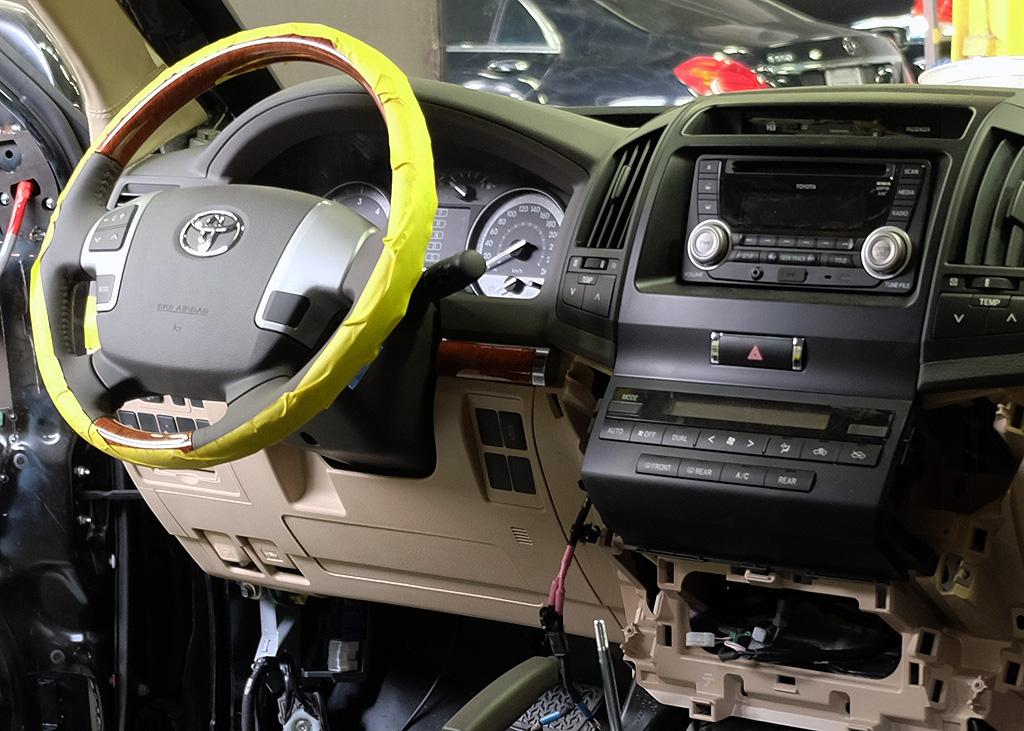 As an example, Ford still offers Sync 1 as a lower-end option for its vehicles, running on the same Microsoft-driven hardware as it did in 2007. Sync 3, which just launched in September, runs on entirely different hardware and software from BlackBerry subsidiary QNX, meaning there is no backward compatibility. If you bought a 2015 model Ford or earlier, you won’t be getting anything Sync 3 has, including Siri and Spotify integration, among other things.

The company offers no modular upgrade for vehicles running the older version of Sync, opting instead to roll out software updates to keep it going. No way to change the components inside. No way to reap the benefits of the latest version of Sync. No chance that a smartphone will be any easier or less dangerous to use while driving.

Ford is merely an example of an industry-wide approach. Consider that Sync 3 is a rare case in that it doesn’t use a resistive touchscreen — the screen technology of the Palm Pilot era. Sit in virtually any vehicle manufactured up to today with a screen in it, and it will either be resistive or offer no touch at all (I’m looking at you, German automakers).

Imagine a scenario where you can go to a dealership for servicing, and pay to upgrade to a newer chip, screen or head unit. So many aspects of a vehicle can be upgraded, so why not the infotainment system? The aftermarket has long serviced those needs, and where that industry seemed destined to die a slow death only a few years ago, in-car connectivity may put it through a renaissance of sorts. Despite the complexity of some vehicles, aftermarket installers are getting better and better at being able to install stereos and head units that are far more capable than the factory units — and for less money than what a fully-loaded system costs at the dealership.

Smartphone usage, and the innate particulars that come with that, demands some sort of modular strategy. Driver distraction is an issue now, not just because drivers hold their phones or text too much, but also because changing music apps and finding a certain playlist or artist can’t be done without tapping on a phone screen. Ditto for searching on a dependable map.

Apple’s CarPlay and Google’s Android Auto aren’t hardware solutions, since they can both run on the same head unit, but they are both designed to solve multiple problems at once. They are software platforms projecting to a compatible head unit, meaning the power and performance is largely driven by the phone, not the dash hardware. Developers can tailor their apps to work with them and be more “car-friendly” to offer deeper functionality with safety in mind.

Automakers may appreciate that, except they have no real control over how CarPlay or Android Auto do what they do. The erosion of custodial ownership over their own dashboards is a pill the auto industry is wholly unprepared and unwilling to swallow.

Since automakers rarely ever agree on any standardization or harmonization between them, they are either forced to play ball collectively via regulation or they each go it alone. In the latter case, they have latched onto software as a means to keep a system current.

Tesla has made waves on this by releasing updates that can impact the driving experience entirely. One notable example was adding remote start via the Tesla smartphone app. Another was adding a feature wherein drivers would know if they were moving out of range of the nearest charging station to avoid running out of juice.

Electric cars may have an inherent advantage in how impactful software can be, though it remains to be seen how well that translates to infotainment, specifically. Tesla is not much further ahead in app integration than any other automaker is. Nor is there a hardware modularity program available.

Others are trying. Audi has experimented with swappable tablets in the Q7. Android-based tablets used for rear-seat entertainment can be switched for newer ones as the years go by. The problem is, Audi’s pedigree is in making cars, not electronics and software. Hence, why Audi and the other carmakers are snatching up product designers and developers wherever they can.

Are we there yet?

This is an interesting time to be on either side of a vehicle purchase. The automakers and dealers are selling cars that offer so much, yet so little at the same time. A smooth and comfortable ride, it may be, but interacting with the infotainment system may seem like driving in reverse. It’s a chasm that seems likely to only continue widening, even with software updates playing a bigger role moving forward.

To be fair, the emergence of CarPlay and Android Auto doesn’t necessarily write a chalk outline on what the automakers are doing. Both platforms are still in their infancy and need time to grow. But they do address a number of things factory systems simply don’t, or can’t. Aftermarket head units, with newer models coming to market every year, can make the most of contemporary hardware and the latest software.

If the automakers choose to ignore the hardware side of this equation — either by not shortening the dash’s product cycle, or by not creating a modular program — then their respective dashboards are destined to become foreign territory.