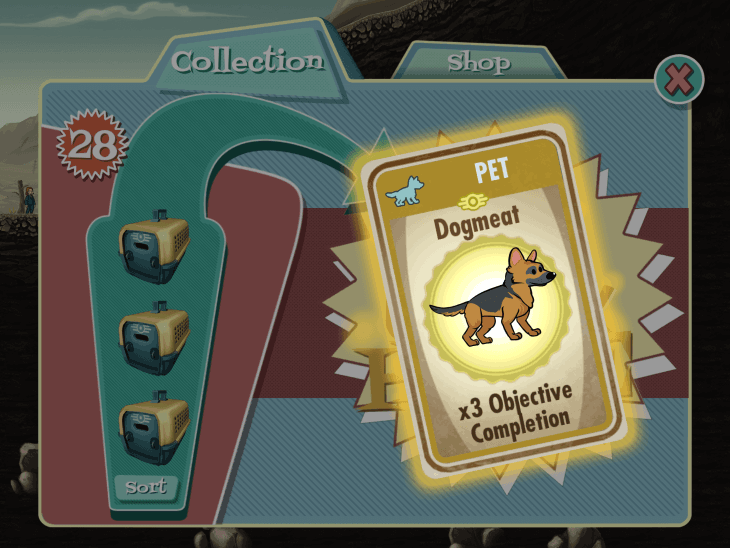 Fallout Shelter is one of the few free-to-play mobile games that actually works.

But while the game is great, the experience it offers is shallow, especially when compared to its console counterpart, Fallout 4. It looks like Bethesda has plans to solve that problem by incrementally adding new features to the game via free updates.

And the latest upgrade to Fallout Shelter adds a feature many players thoroughly enjoyed in Fallout 4 thanks to their trusty canine companion named Dogmeat – pets.

“Vault-Tec research has shown that four-legged companions can have a profound impact on Vault happiness and productivity,” says Bethesda in a recent blog post.

Other additions to the game include a new “sell-all” option that makes inventory management simpler and more convenient, as well as the ability to exile slacking dwellers to the wasteland. Pick-up line dialogue has also been expanded to include more than just the handful of lines included in the game’s original release.

In a move that will appeal to hardcore fans of the game that have completed every quest, the update also adds new objectives and what Bethesda calls “improvements and optimizations.”

Bethesda’s parent company, Zenimax, recently opened a new studio in Montreal, Bethesda Game Studios, that will likely focus on developing mobile titles based on the company’s core franchises. The studio is set to be lead by Yves Lachance, the executive producer of Fallout Shelter.

Download Fallout Shelter for free on the App Store or Google Play Store. For a full list of new features included in this upgrade, check out this link.

Fallout Shelter coming to Windows 10 and Xbox One