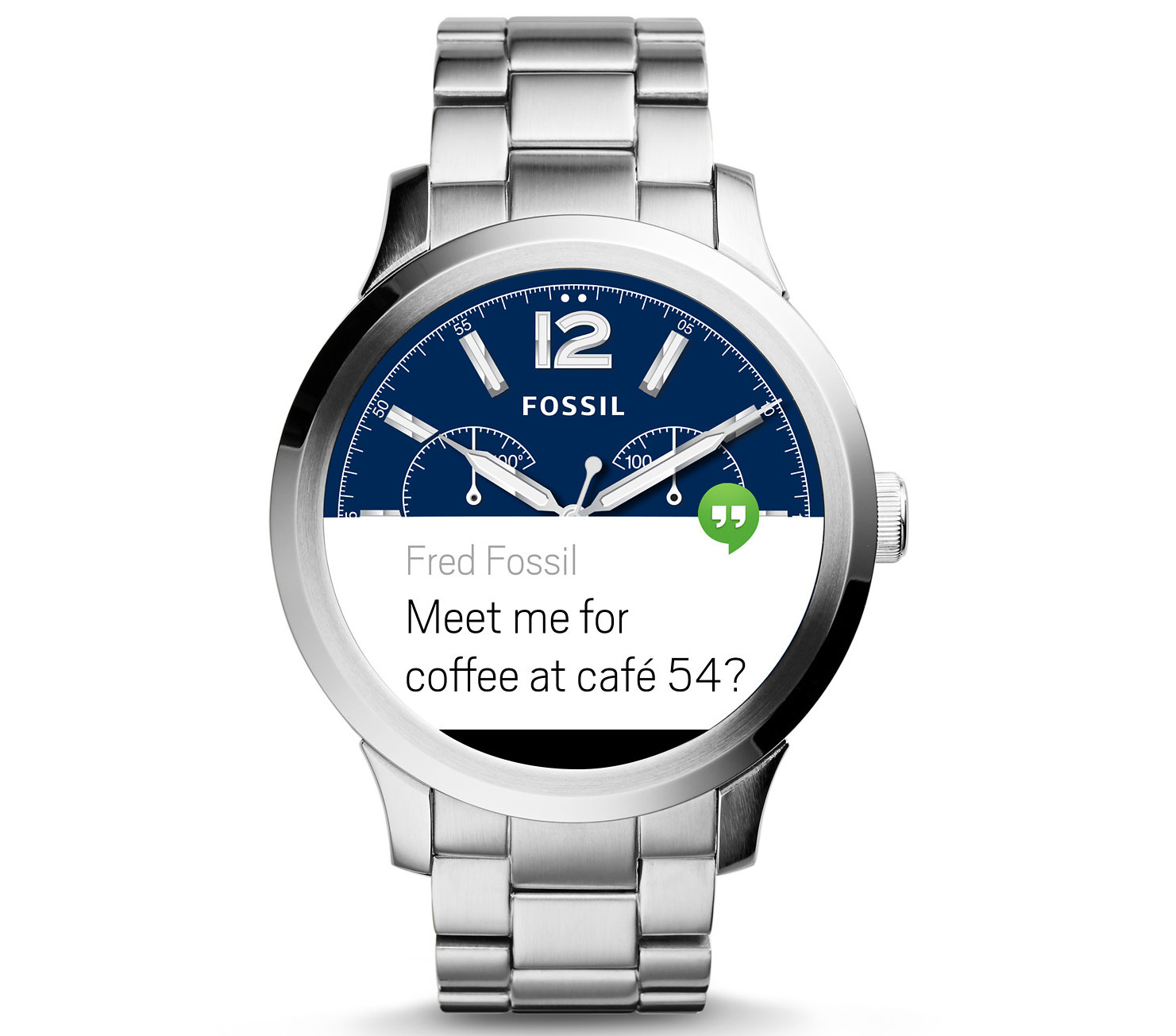 Despite a relatively unclear go-to-market strategy for so-called fashion brands, companies like Fossil, TAG Heuer and Movado, among others, are beginning to augment their traditional watch lineups with devices that eschew gears for processors.

After announcing four “smart” products earlier this month, Fossil has detailed Canadian release information for the Q Founder, an Android Wear smartwatch powered by a tiny Intel chip. Available in mid-December at select Hudson’s Bay and Fossil corporate stores for $335 CAD, the Q Founder’s 46mm case is similar in size to many existing Android Wear devices.

Fossil is banking on its recognizable industrial design to win over prospective customers; the stainless steel case and band combination is immediately attributable to fashion brands, something that companies like Huawei have tried to emulate with their own Android Wear devices.

Like those Android Wear watches from tech companies, Fossil’s Q Founder features a 400mAh battery with wireless charging, a relatively high-resolution display (though it has a similar “flat tire” to the Moto 360) and 4GB of internal storage. It’s also relatively thick, at 13mm, which means small wrists may find it too cumbersome.