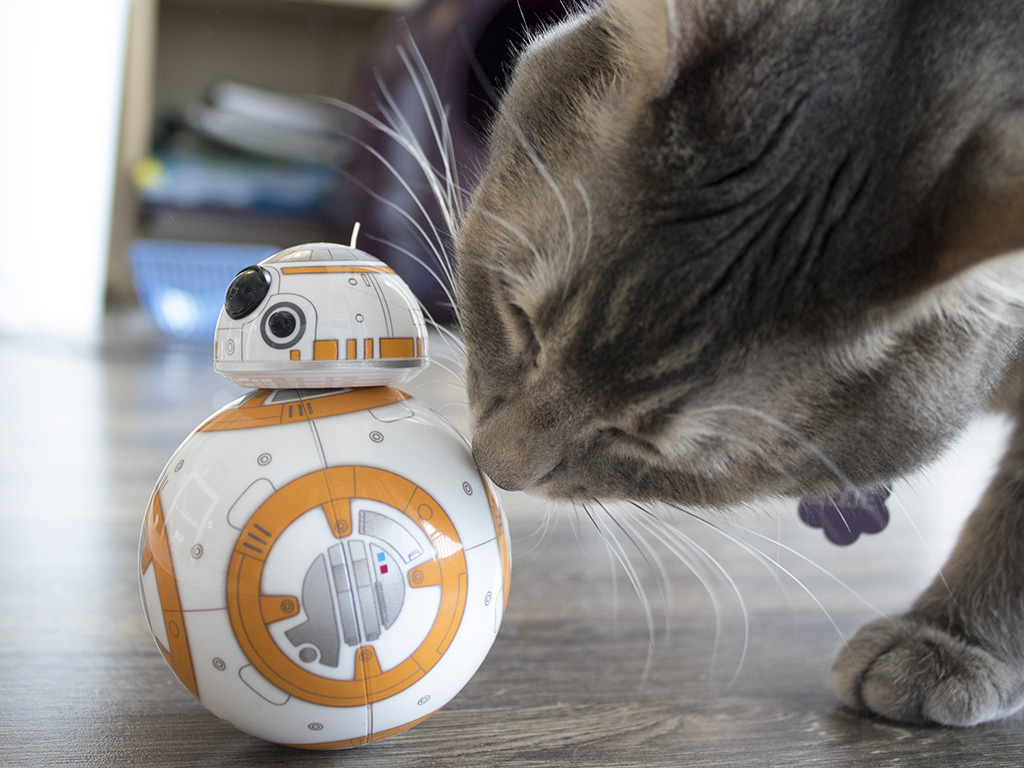 Sphero has always created interesting remote control toys, whether it’s the original remote control ball, the Sphero, the faster and improved Sphero 2, or even the more recently release trick-focused Ollie. But the manufacturer’s quirky devices likely haven’t reached the level of popularity the company likely hoped they would.

But that’s all changed with the Star Wars-licensed BB-8, a remote control toy that mimics the appearance and performance (for the most part) of its larger, on-screen counterpart.

Sphero’s BB-8 is a tiny replica of the soon to be monumentally popular BB-8 droid featured in upcoming Star Wars: The Force Awakens film. The remote control ball has the ability to balance itself and can be navigated directly from a user’s Android or iOS device. Controlling the BB-8 is very similar to the Sphero, which means moving a circular blue indicator light towards the direction you’re facing to ensure BB-8 correctly follows your commands (otherwise the toy’s controls end up becoming confusing and downright frustrating).

BB-8 also has the ability to autonomously explore your home, terrorizing your pet and table/chair legs in the process. Just be aware that the toy droid gets stuck on almost every object imaginable, so you’ll need a large open space if you set BB-8 to “patrol” mode. While watching your BB-8 go off on a lone, aimless mission is undeniably entertaining, more often than not the toy loses its way and gets stuck on a wall.

Despite these issues, BB-8’s overall design is generally impressive, especially when it comes to its magnet tiny floating head that almost always (unless you smash the droid into a wall) remains on the top of the toy’s body. However, don’t expect the device’s top half to stay continuously level like its larger brother featured in recent Star Wars: The Force Awakens trailers. BB-8’s upper half frequently sways and tilts all over the place, especially when navigating the toy at high speeds. Still, it’s impressive Sphero was able to build a simple, relatively straightforward solution in order to get the pint-sized toy’s visual trickery to function properly in the first place.

Those who are familiar with Sphero will feel right at home with BB-8, but in that same vein, they’ll also likely become bored more quickly with the toy when compared to newcomers. Many of Sphero’s more appealing features, such as third-party apps and a simple educational programmable language, are absent on the BB-8. Sphero’s latest toy is essentially a Star Wars-skinned Sphero with a magnetic head, and the ability to autonomously patrol open areas of your home, a well as send amusing augmented reality messages to friends, just like R2D2 in 1977’s Star Wars Episode 4: A New Hope.

Still, if you’re a Star Wars fan, BB-8’s coolness factor is nearly impossible to ignore. In fact, it’s likely the most impressive and best Star Wars licensed toy of all time – BB-8 is monumentally cooler than a glowing Lightsaber.

It looks like with BB-8, Sphero finally has the much-needed hit on its hands it’s been seeking. However, it’s important to point out that getting your hands on Sphero’s $189.99 CAD BB-8 in Canada is likely difficult right now as the toy is sold out at most retailers.