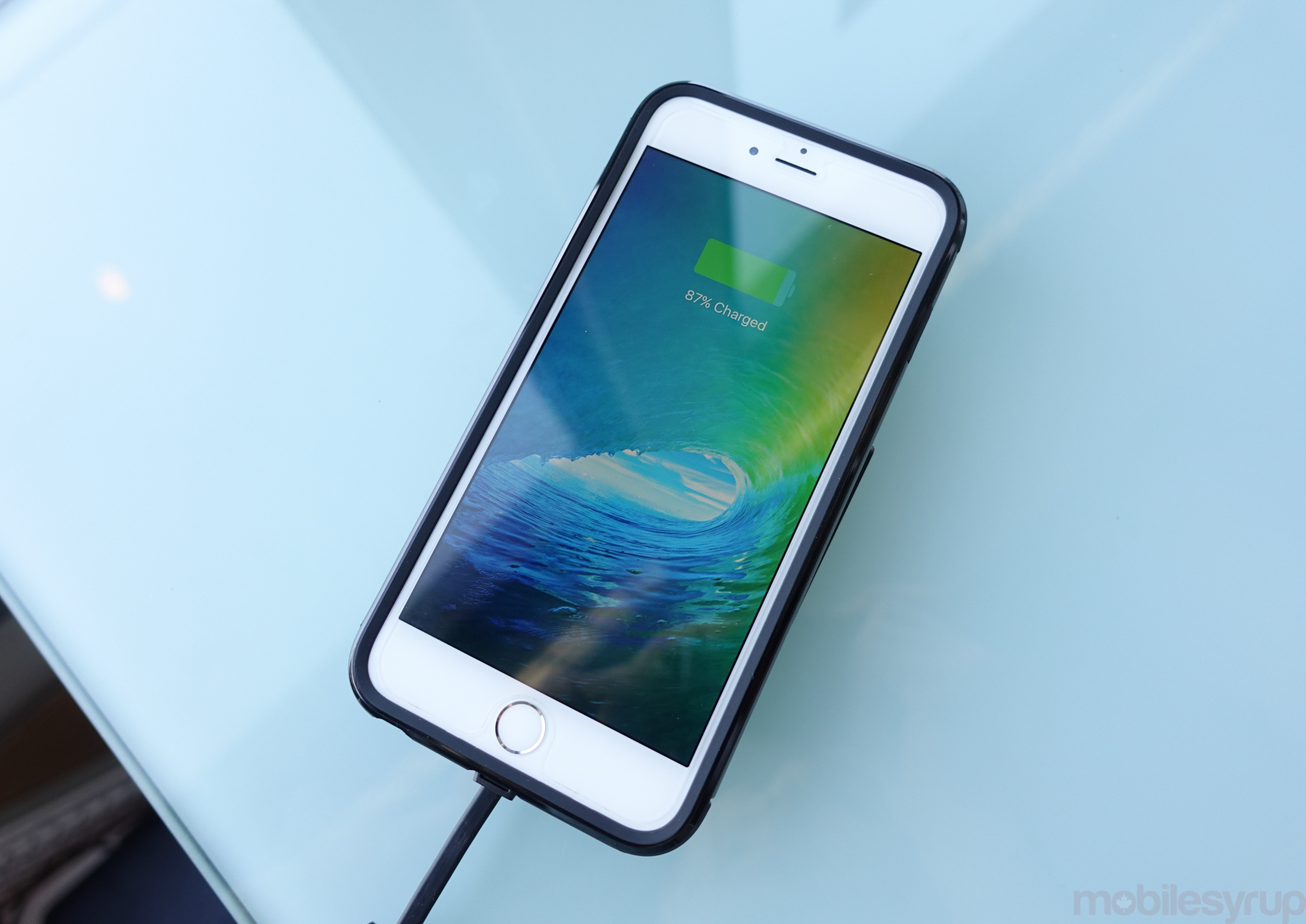 Apple is rarely an early adopter of burgeoning standards, either because they are unproven, or the company believes they won’t add much to the user experience. It took years for Apple to add NFC to its phones, and even today doesn’t open it to third-party developers. And while phones have been recording 4K for years, only this year’s iPhone 6s series has that capability. 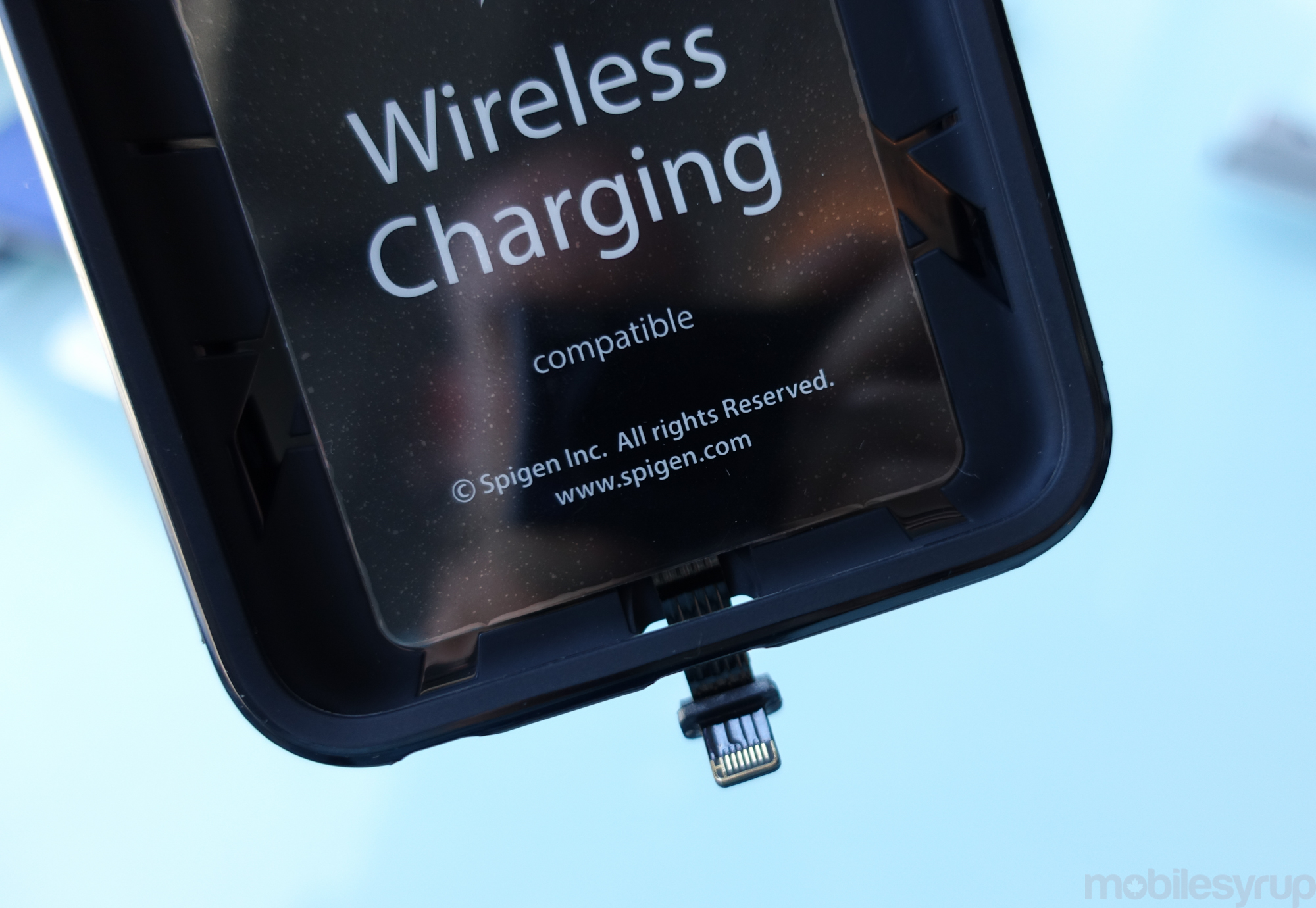 But it’s wireless charging, something that has grown both in popularity and accessibility in recent years, for which Apple’s absence is most conspicuous. It’s unclear whether Apple is waiting for a single standard to be declared the winner, or if other factors, such as battery lifespan or risk of battery overheating, plays a part.

Thankfully, other companies have stepped in to fill that void, one of which is well-known case manufacturer Spigen. 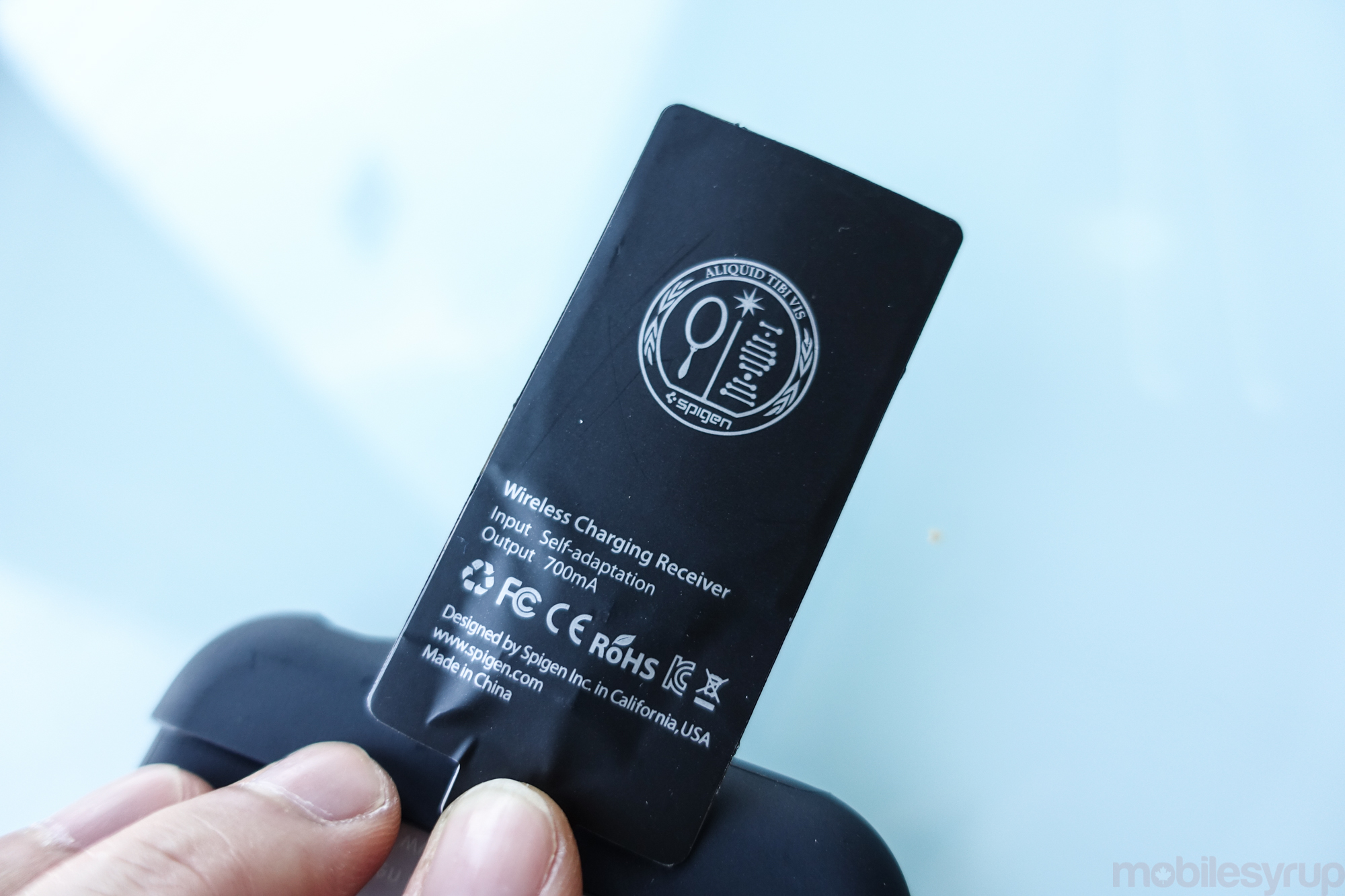 The California-based company has released a compact but rather inelegant case solution to add Qi wireless charging to the iPhone 6, 6s, 6 Plus or 6s Plus. Dubbed the Tough Armor Volt, the two-piece case bundles a thin 700 milliamp wireless charging pad with a Lightning plug endpoint that, once fitted under the outer layer, is completely hidden. 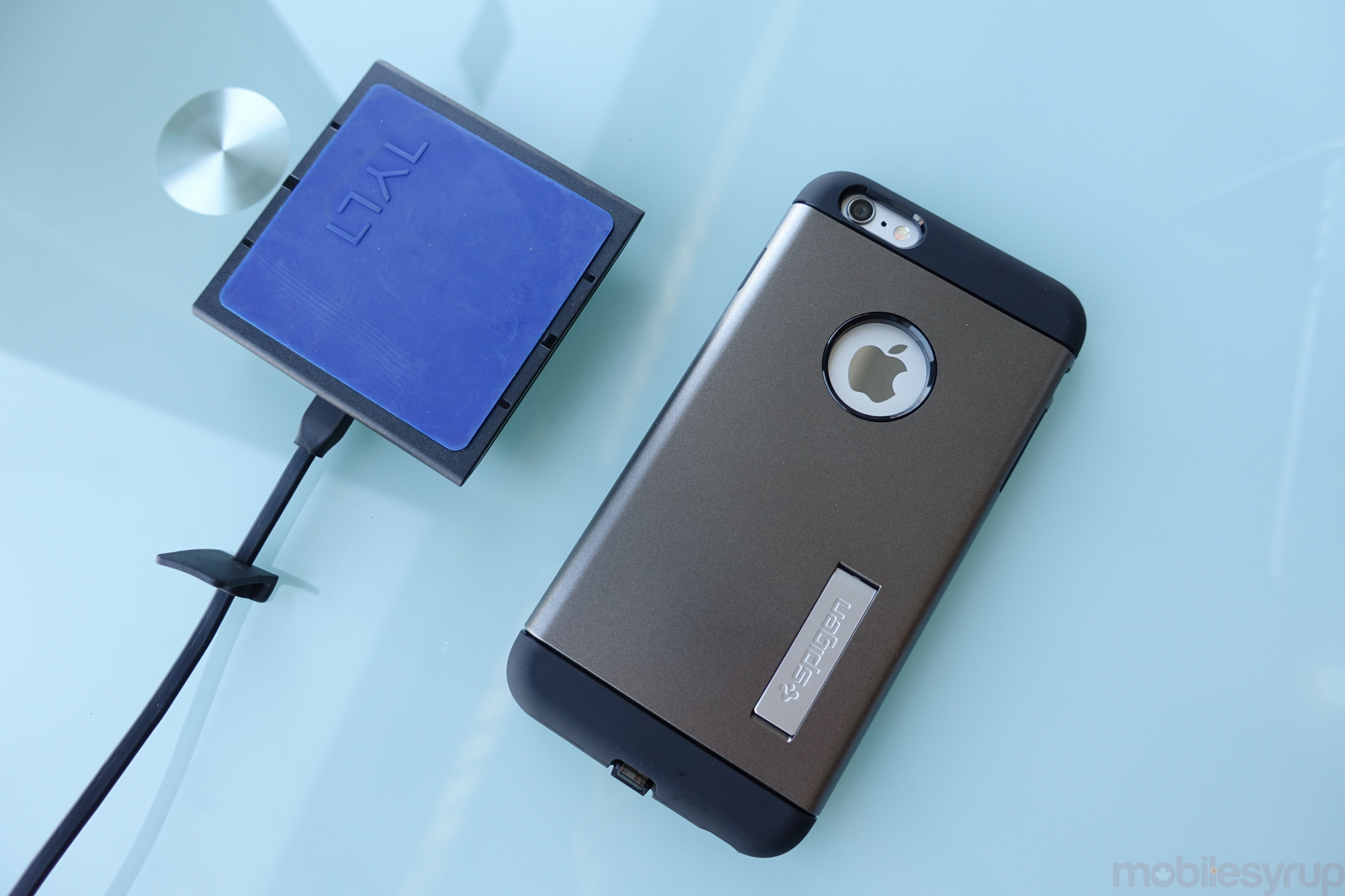 Besides the wireless charging element, which worked properly on my Tylt Solo Qi charger, the case is a fairly typical Spigen Tough Armor case.

The inside silicon layer is fairly protective, with an outer matte plastic portion that covers the 80 percent of the back and the sides of the iPhone. The case adds a fair amount of bulk to the new iPhones, and makes the larger 6/s Plus somewhat unwieldy, though considerably more protected than with a typical Apple silicone or leather case. 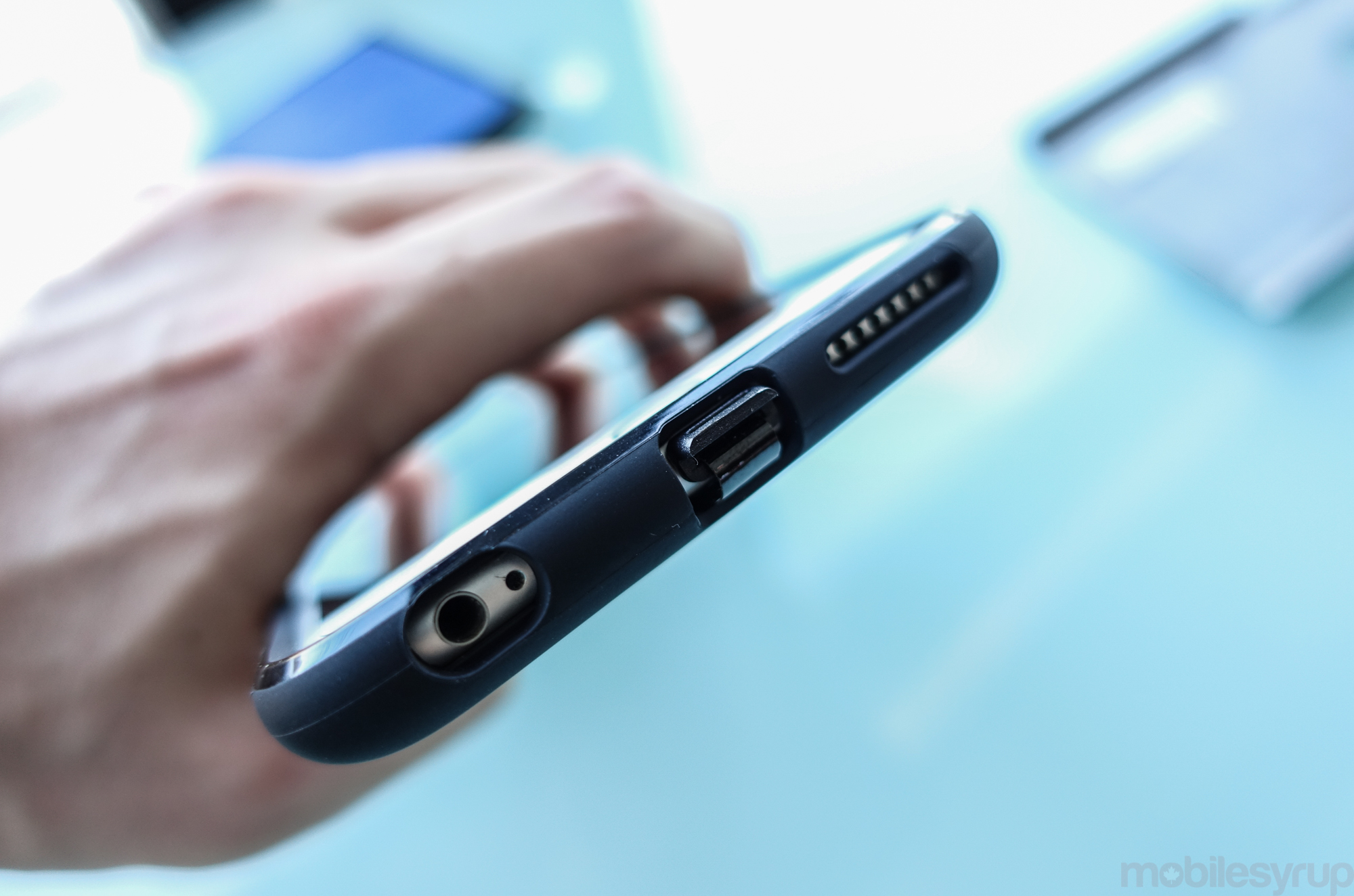 There’s nothing particularly unique about the solution: as long as the wireless charging pad’s adapter is plugged into the iPhone’s Lightning port, the phone will charge wirelessly, albeit 30 percent slower than with a typical 1A iPhone charger, and a third as quickly as the phone’s maximum 2.1A input. On the other hand, it is pretty neat to see the iPhone charge wirelessly.

The good news is that the wireless charging adapter’s Lightning cord is easy enough to remove if you won’t be using it, or if you need to top up the phone more quickly using a wire. 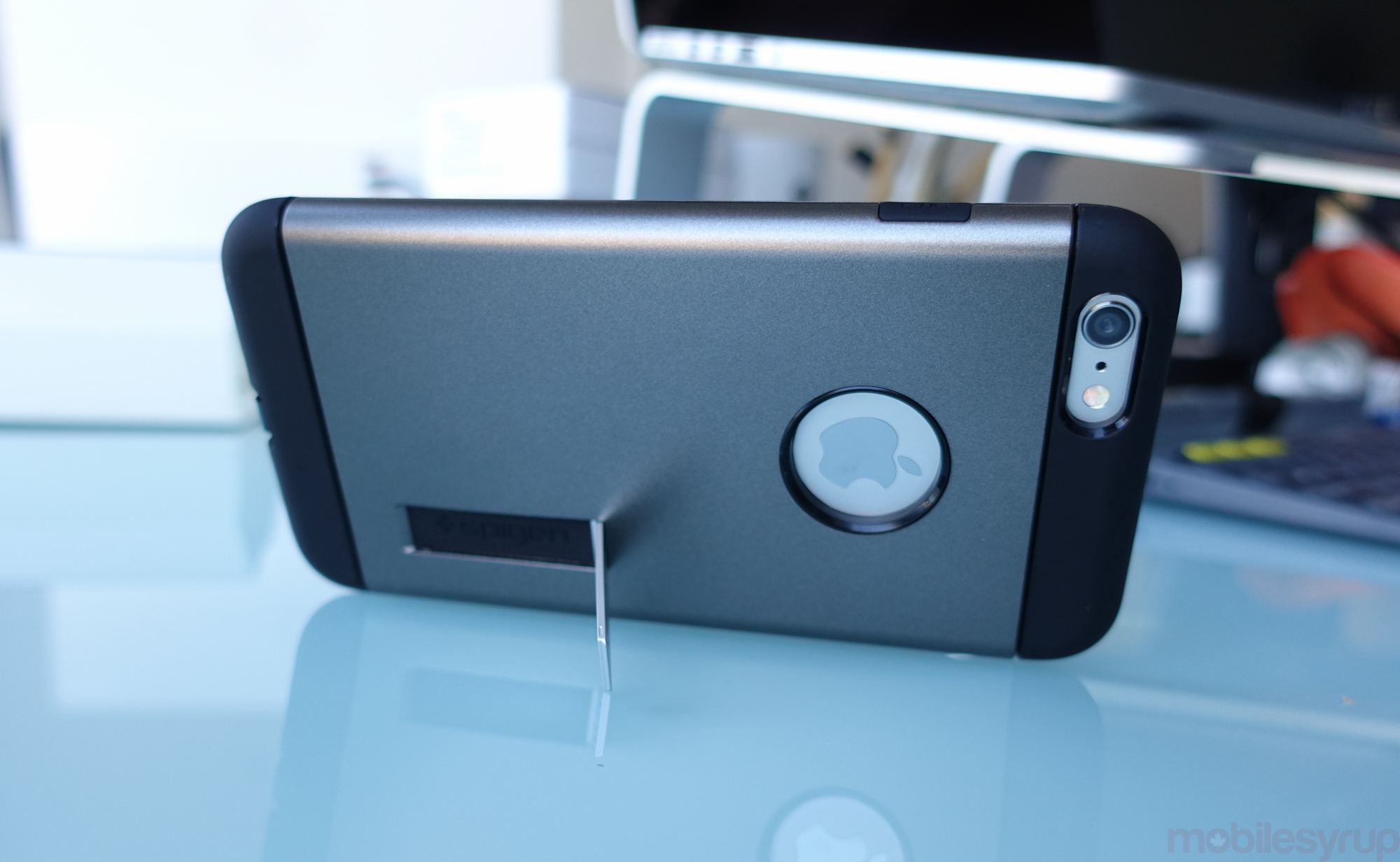 And then there’s a cheap plastic kickstand that, while effective enough at propping up the phone horizontally, will likely break, as mine did, after just a few minutes.

Spigen’s not going to win any design awards for the Tough Armor Volt, but at $50 USD it’s not a bad combination of protection and convenience. You will need your own wireless charging pad to complete the circuit, but one can be purchased for under $20 from Amazon.

Buy the Spigen Tough Armor Volt for the iPhone 6/6s or iPhone 6 Plus/6s Plus from Spigen’s site. 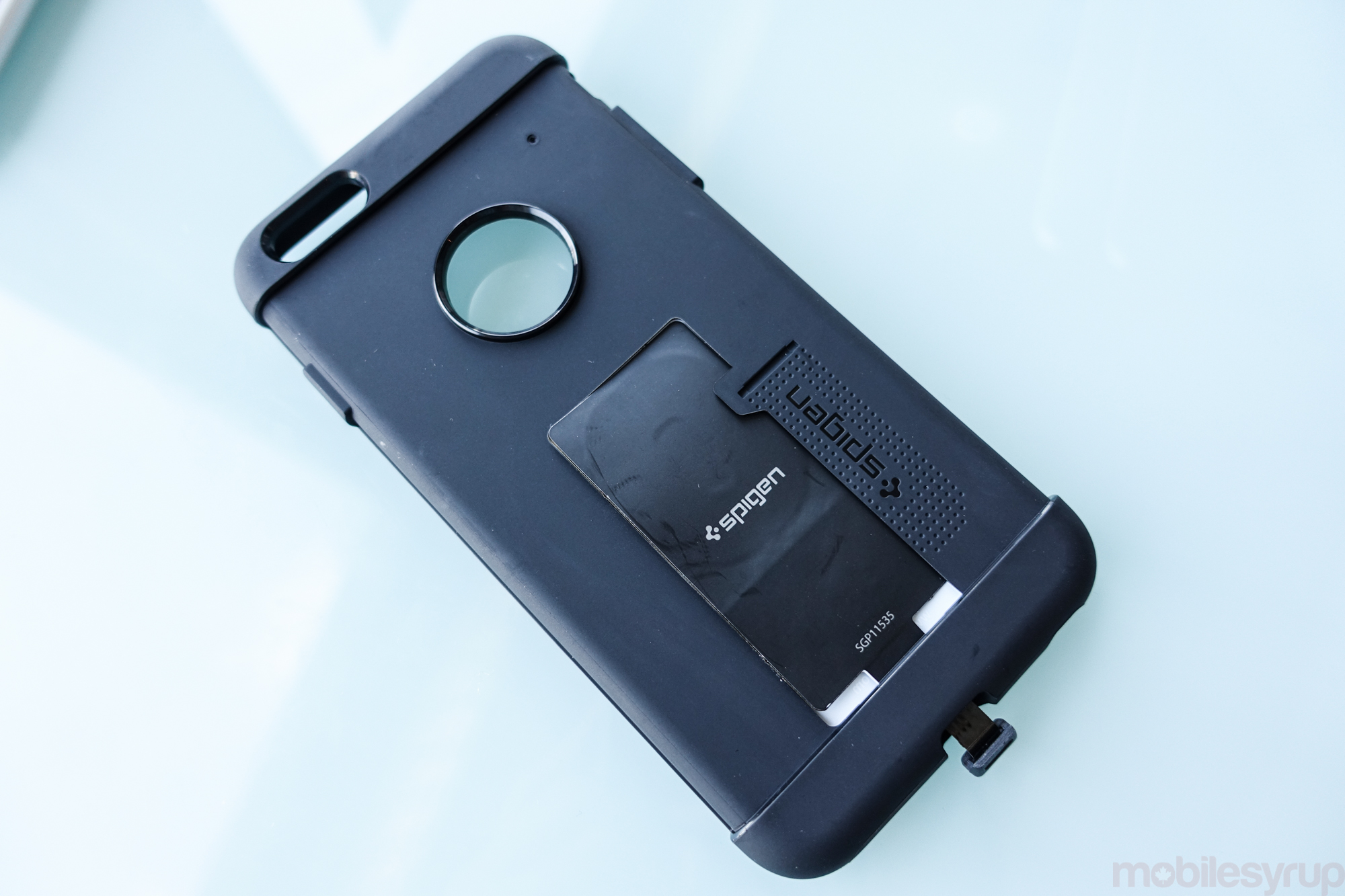 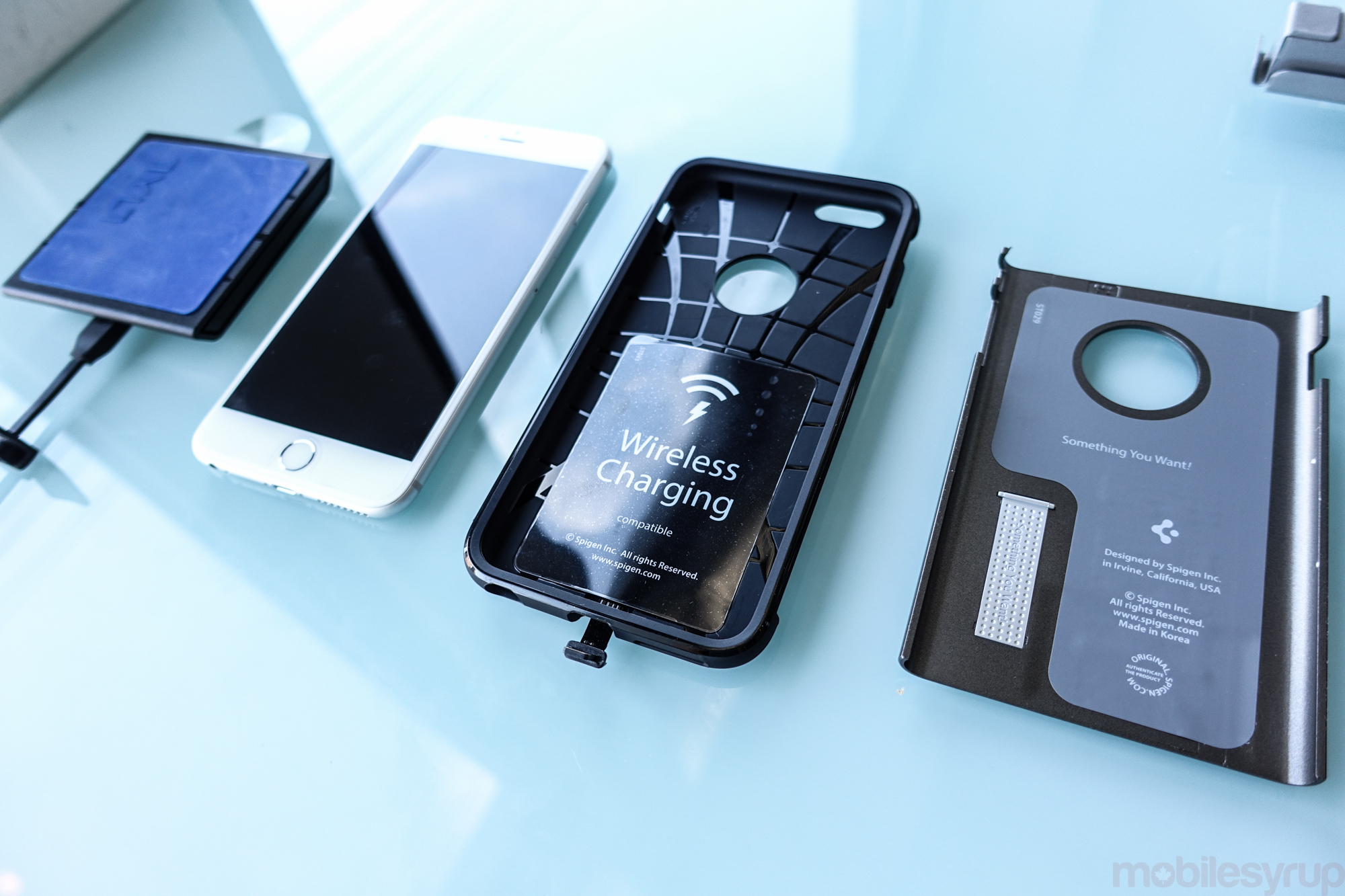