How wireless charging will eat the world 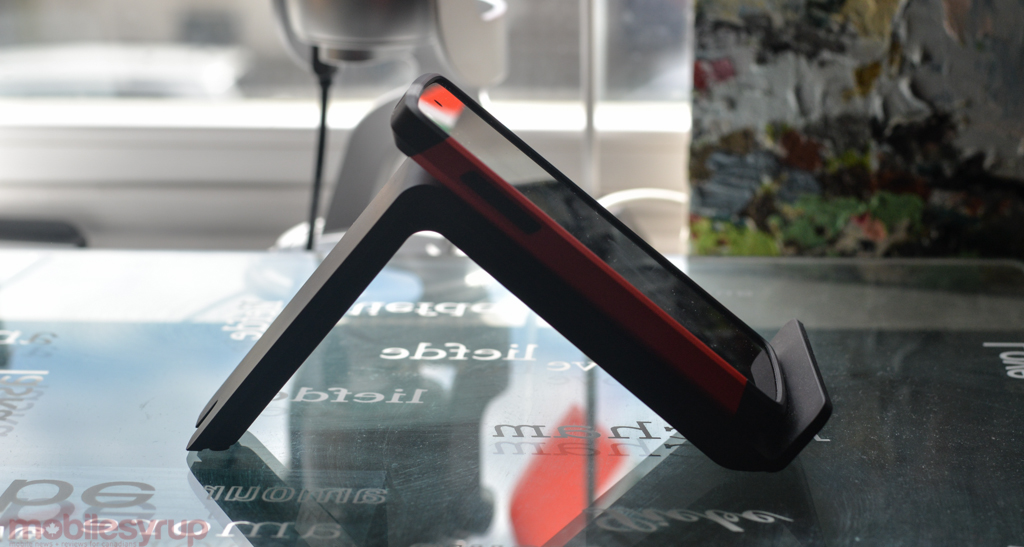 A few weeks ago, after watching a very good movie at the TIFF Lightbox in Toronto’s Entertainment District, I ventured across a busy King St. intersection to what I thought was a Second Cup.

But this was no ordinary Starbucks ripoff. This particular location had been redesigned as the Cafe of the Future, with a high-end Italian espresso machine, single-origin coffees stacked in tubes against a ghost-white enclave, a draft beer-style series of milk dispensers, and carved wooden wallhugger tables with small centred circular etchings.

Years ago, when I imagined the future of food service, wireless charging was an integral part of that vision. Both from a visual and usability perspective, nothing beats being able to place a device on a surface to bring it back to life. Those circular etchings were in fact subtly buried charging pads, delivering power to any phone that supports the Qi or PMA standard. 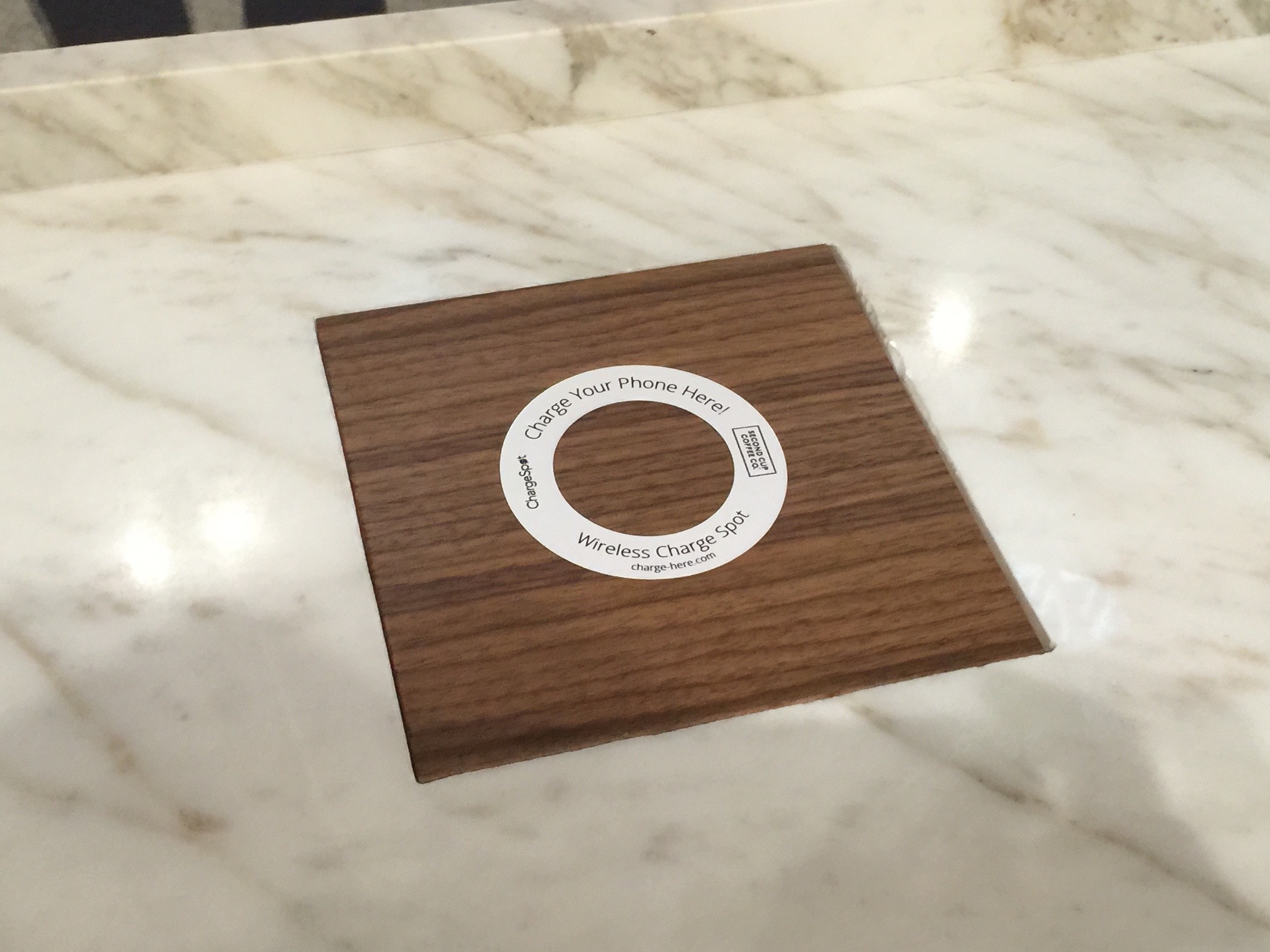 The company behind the integrated pads, ChargeSpot, originates in Toronto, but has been quietly expanding to fill a need in the business-to-business space, outfitting boardrooms and executive offices with retrofitted desks and side tables to accommodate the growing niche.

But wireless charging is in a transitional phase. Similar to the arc of mobile payments, until Apple comes on board, the technology is only servicing one half of the smartphone market, and its rollout has been stymied by a two-party system, with big players like Google, Samsung, Starbucks, Duracell and even the FCC backing one party over another.

You may have heard of Qi, the standard companies like Nokia and Google have decided will win. It’s by far the more ubiquitous of the two, created by the nebulously named Wireless Power Consortium and backed by all the biggest Android players, from Sony to Samsung, LG, Motorola and Google. Another standard, overseen by the Power Matters Alliance, has companies like Duracell, Powermat and Starbucks behind them.

“We’re the only company that has a commercial product that works with both Qi and PMA,” says Mark Goh, founder and CEO of ChargeSpot. He sees wireless charging becoming as ubiquitous as WiFi over the next decade, as the cost of implementation decreases along with the availability of public stations. “We are clear that Qi will win, but until then it’s really valuable to have that compatibility [with both standards].”

“It’s about adding that magic factor.”

Wireless charging was introduced to consumers in earnest through Nokia’s Windows Phone 8 devices, unveiled in 2012. The company also created a series of charging pads on which consumers rest their devices, charging through induction. No wires, no hassle. Later on, the Nexus 4 became the first widely-available Android device with wireless charging support, and since then companies like Samsung have supported the technology with custom backings. But suffice it to say, wireless charging has a long way to go.

“My partner and I used to get frustrated that our phones would always run out of battery, and we were just too lazy to plug them into sockets just a foot away,” Goh tells me. It’s easy to scoff at the idea of people being too lazy to plug in a phone or computer, but think about today having to find one of half a dozen Ethernet cables every time you wanted to connect to the internet at the local Starbucks.

“It’s about adding that magic factor.”

Tylt isn’t a well-known accessory brand in Canada, but is set to become one. Instead of making me-too smartphone cases, the Los Angeles-based company is focusing on charging — wireless charging in particular — as a way to differentiate itself.

The design-focused arm of long-time accessory maker Technocell, Tylt was founded in 2011 after its co-founders saw an increasing number of smartphone users heading to carrier stores to buy cases, chargers, cables and other accessories. But after its Vü wireless charger made a huge splash at CES, the company began refocusing its efforts on that space, hoping to differentiate itself with high design that fit a certain premium price tier. 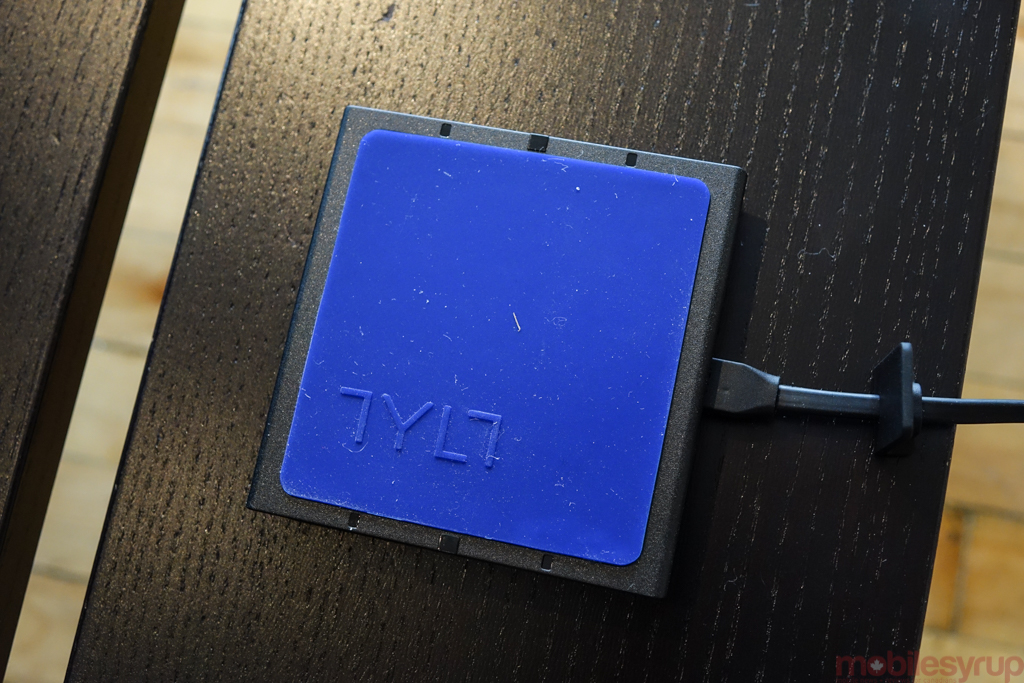 Tylt’s focus on design was at first a hindrance: carrier partners told them that no one wanted a short, coloured car charger. That product, a variant of the coming-soon Ribbn, went on to be one of the company’s most popular items. “Asking consumers what they want is the wrong way to do things. People don’t know what they want,” says Kannyn MacRae, Tylt’s VP of Product Development and Marketing. He is also one of the company’s co-founders.

“Apple’s ability to design products with confidence, without focus groups, has been key to its success over the years.” MacRae believes that such focused, collaborative design with small teams yields better products, and allows fewer me-too scenarios where a number of design firms crank out identical-looking accessories.

MacRae first saw the potential for wireless charging back in 2011, when he attended the Wireless Power Summit. A heterogeneous grouping of people from disparate industries, the WPS proved fascinating to him. “I was intrigued with the potential of the technology,” he says, but was ready to leave, unconvinced of the market potential, when a Verizon executive told him about its new Droid series of smartphones. Intent on differentiating itself from the rest of the burgeoning Android space, and AT&T’s iPhone dominance, Verizon was working with Motorola on bringing wireless charging to its product lineup.

At the time, the Qi standard had just been solidified, and its implementation was rather inconsistent. “Most companies had one-coil [mat] designs, which meant having to place the phone precisely to begin charging.” Tylt designed a three-coil product that held the phone upright while charging, allowing its users to see notifications and incoming calls. 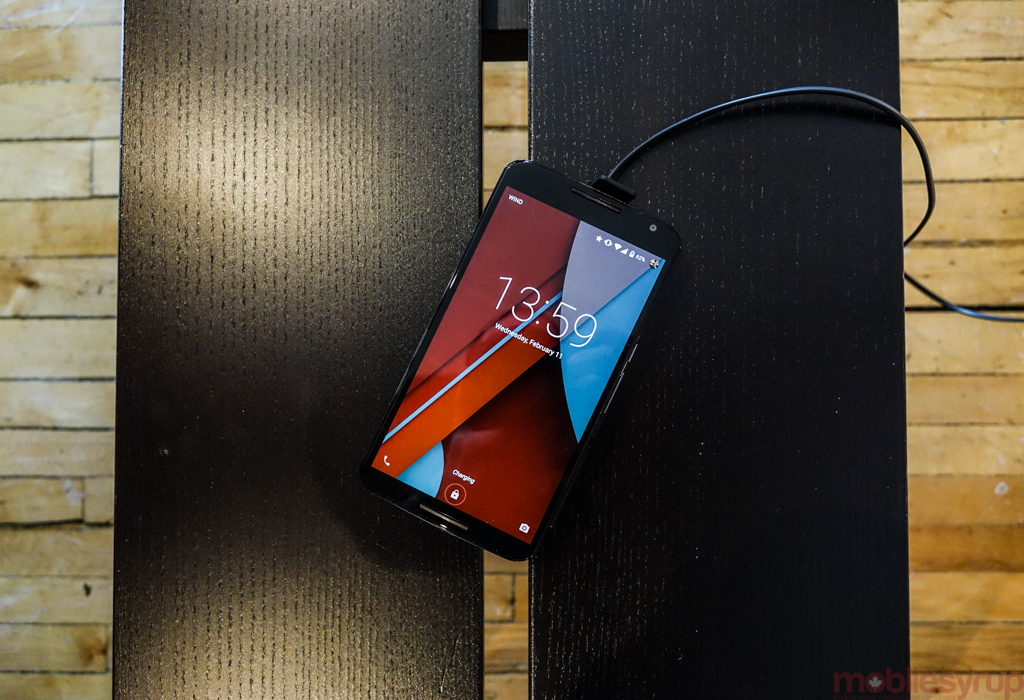 “We’re going all-in on wireless charging,” MacRae tells me. Like Goh, he believes that the Samsung Galaxy S6 will have Qi wireless support built in, the most high-profile smartphone release to date. And while Apple is not a member of the WPC or PMA, it’s impossible to count the company out at this point.

Solutions to the “Apple problem” continue to represent both struggle and opportunity for the players in the wireless power game. ChargeSpot, as part of its commercial contracts, offers a simple add-on that plugs into the Lightning port of any modern iPhone, giving it wireless charging capabilities. Goh says that the pilot project at Toronto’s newly-renovated Second Cup location on King St. West has resulted in just two stolen adapters. “Canadians are generally very honest people,” he says.

Just last month, the WPC solidified Qi 1.2, a new set of standards that promise to bring faster charging, easier implementation for manufacturers and, perhaps most importantly, less precision. Remember when Goh said that he foresees a time when wireless charging is built into the furniture at all cafes, all boardrooms? What if, thanks to the expanding standards and lower costs, merely resting your phone anywhere on any table facilitates its charging?

It’s a future that isn’t too far out.