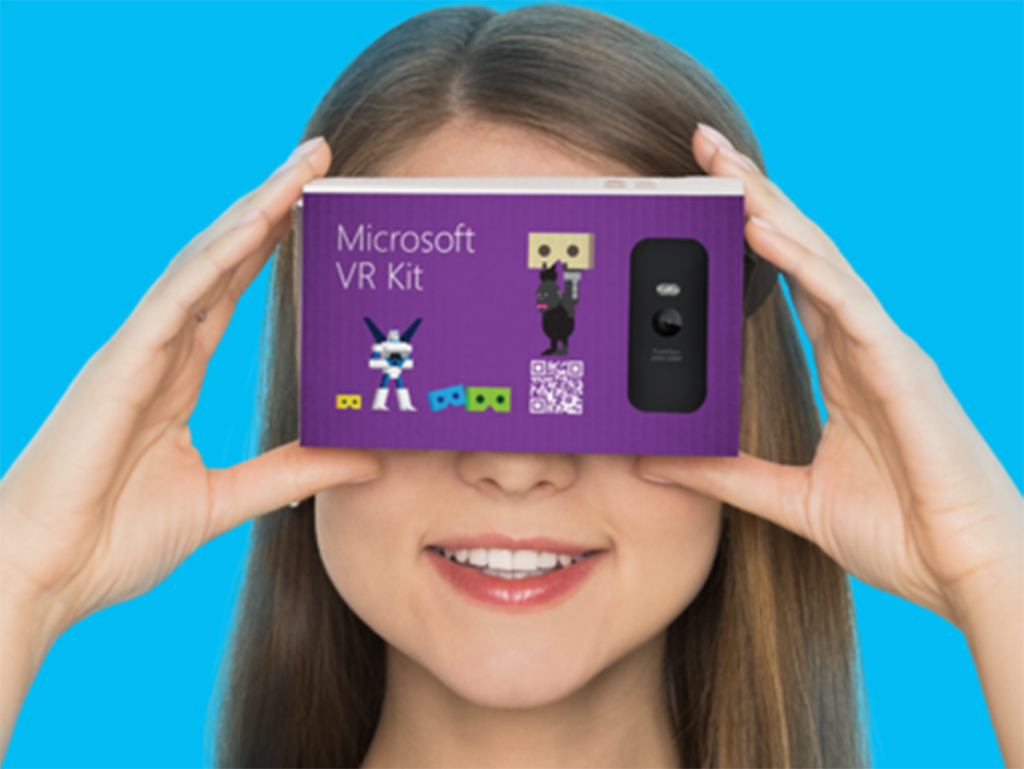 Microsoft is prepping to release its own Windows 10-based take on a low-cost VR device, following in the footsteps of Google Cardboard.

While we don’t have a lot information on the cardboard headset, the company is offering the device to developers going to an upcoming hackathon in Russia scheduled for October 17, stating that attendees with “successful” app suggestions will get their hands on the company’s headset, reportedly dubbed Microsoft VR Kit.

Low-cost VR headsets such as Google Cardboard, and now Microsoft’s new cardboard VR solution, are often seen as virtual reality gateway devices. Their relative low cost means they’re affordable, allowing almost anyone to give VR a try, which is great since the inherent concept of virtual reality is often difficult for many people to understand without first-hand experience. All users need to own is a mobile phone to act as the headset’s display.

Microsoft is continuing to work on HoloLens, an augmented reality headset that’s been featured at a variety of gaming events over the last few months, although the company’s CEO Satya Nadella says a retail version of the headset is likely still at least five years away from release.

In other virtual reality related news, Samsung announced it plans to release a cheaper US$99 version of its VR headset, GearVR.

Update: Google has pulled the ad featuring Microsoft VR Kit from the internet.