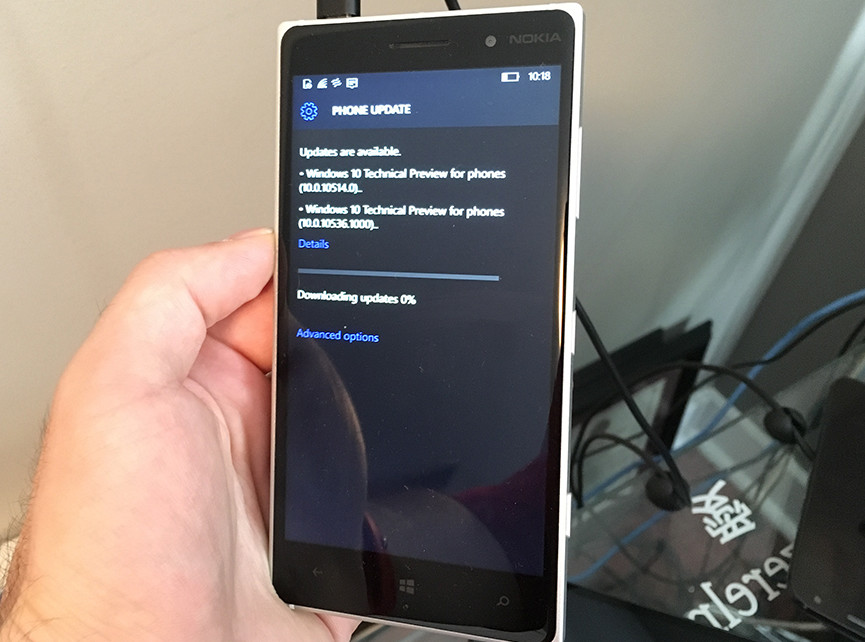 The build is currently only being pushed out to Windows Insider users “on the fast ring” and Microsoft says that it’s taking it longer than expected to deliver this particular preview build to all of its members.

In order for build 10512 users to access this update, they’ll need to actually update their device twice. Once these two updates are installed, build 10536.1004 will reportedly appear on most devices, though Microsoft warns people should expect a lengthly download period.

The list of improvements in Windows 10 Mobile Insider Build 10536:

Windows 10 Mobile’s photo app has also been updated to include a new folder view option, as well as the ability to view photos saved in OneDrive and images saved onto an SD card.