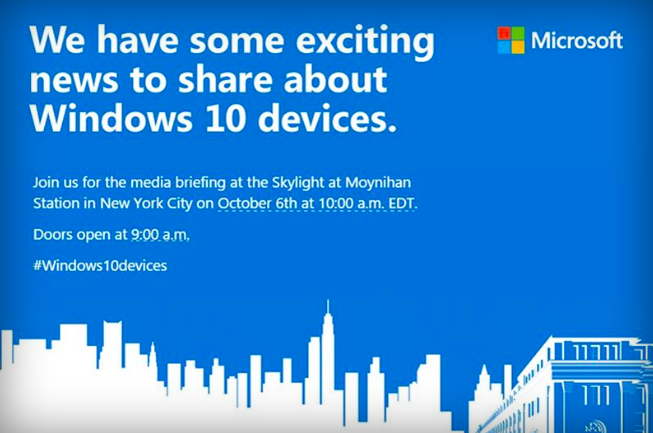 Microsoft has started inviting media outlets to an event it is holding in New York City on October 6.

The invite is sparse on details, but does mention that new Windows 10 devices will be announced. Based on a previous set of rumours, it’s expected the company will announce a new Surface Pro tablet, two new Lumia handsets and a new iteration of the Microsoft Band.

Microsoft has also announced that it will stream the event online and to its family of Xbox consoles. The livestream starts at 10 a.m. EST.

The two new handsets Microsoft is expected to announce are the Lumia 950 and Lumia 950 XL. Well-known device leaker Evan Blass was able to get a hold of what he claimed were press renders of the two devices. 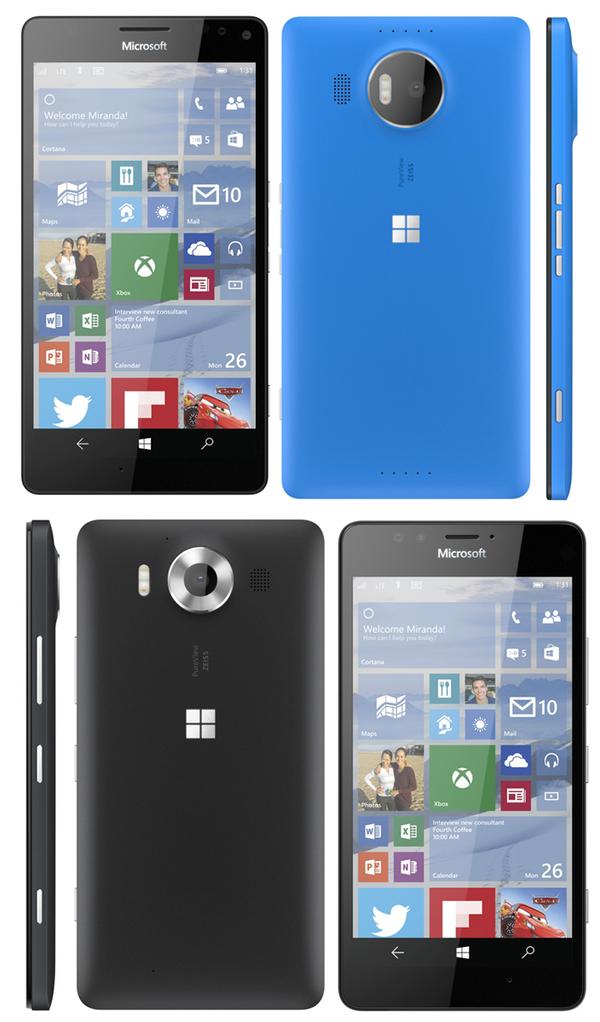 The 950 XL, which was initially leaked back in May, is said to feature a 5.7-inch QHD display, a Snapdragon 810 processor, 3GB of RAM, 32GB of internal storage and a 20 megapixel rear-facing PureView camera. In addition, it’s expected to ship with an impressive 3,300 mAh battery.

Details on the other Lumia handset, as well as the new Band and Surface tablet are sparse at this time.

Be sure to visit MobileSyrup on October 6 to follow the latest news from the keynote.