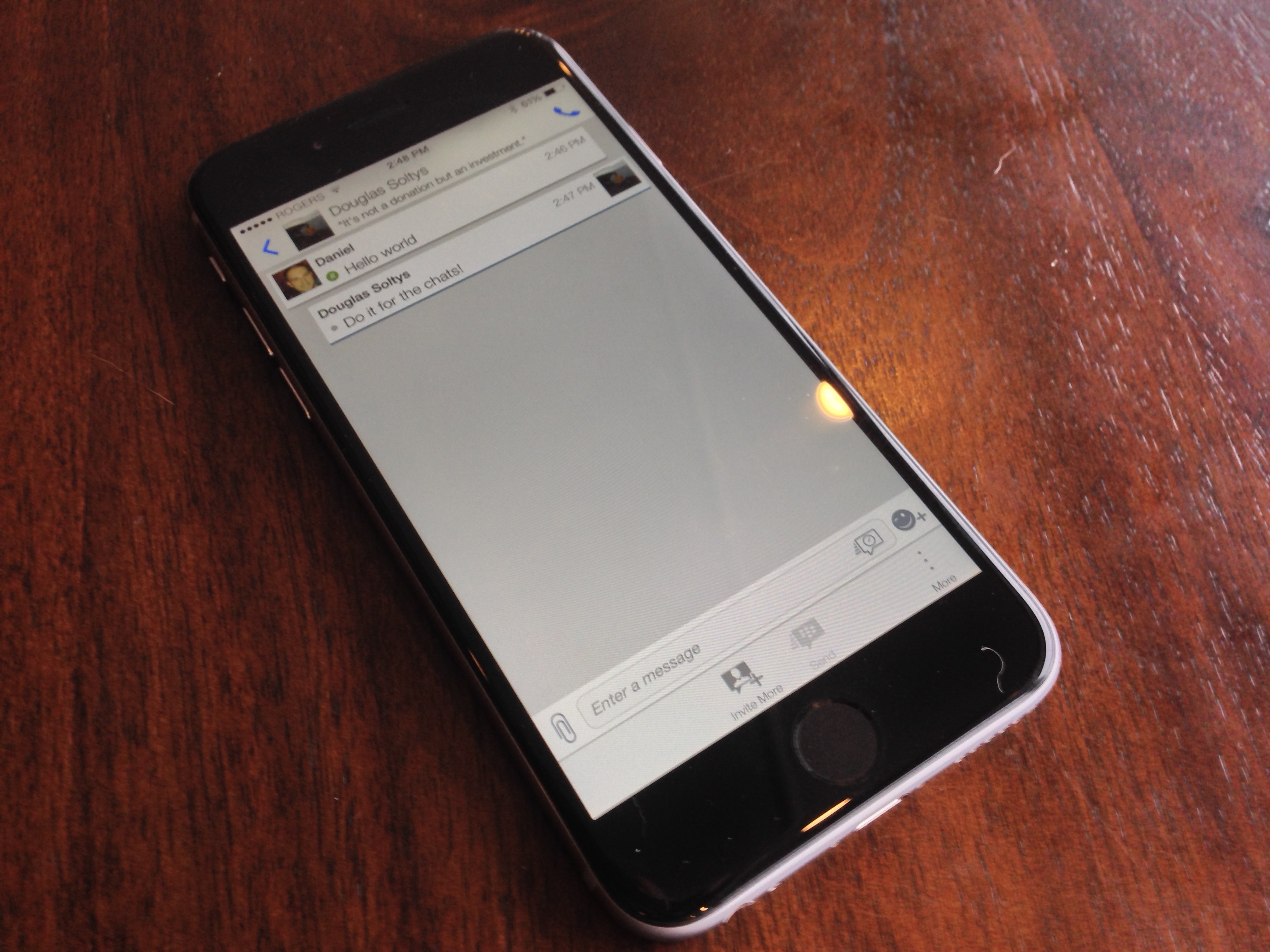 With seemingly every smartphone manufacturer making inroads into the financial tech space, it was only a matter of time before Canada’s own BlackBerry threw its own hat into the ring in its home country.

While the company already allows BBM users in Indonesia to send one another money using the BBM Money platform, North Americans are now able to the same using PayPal. 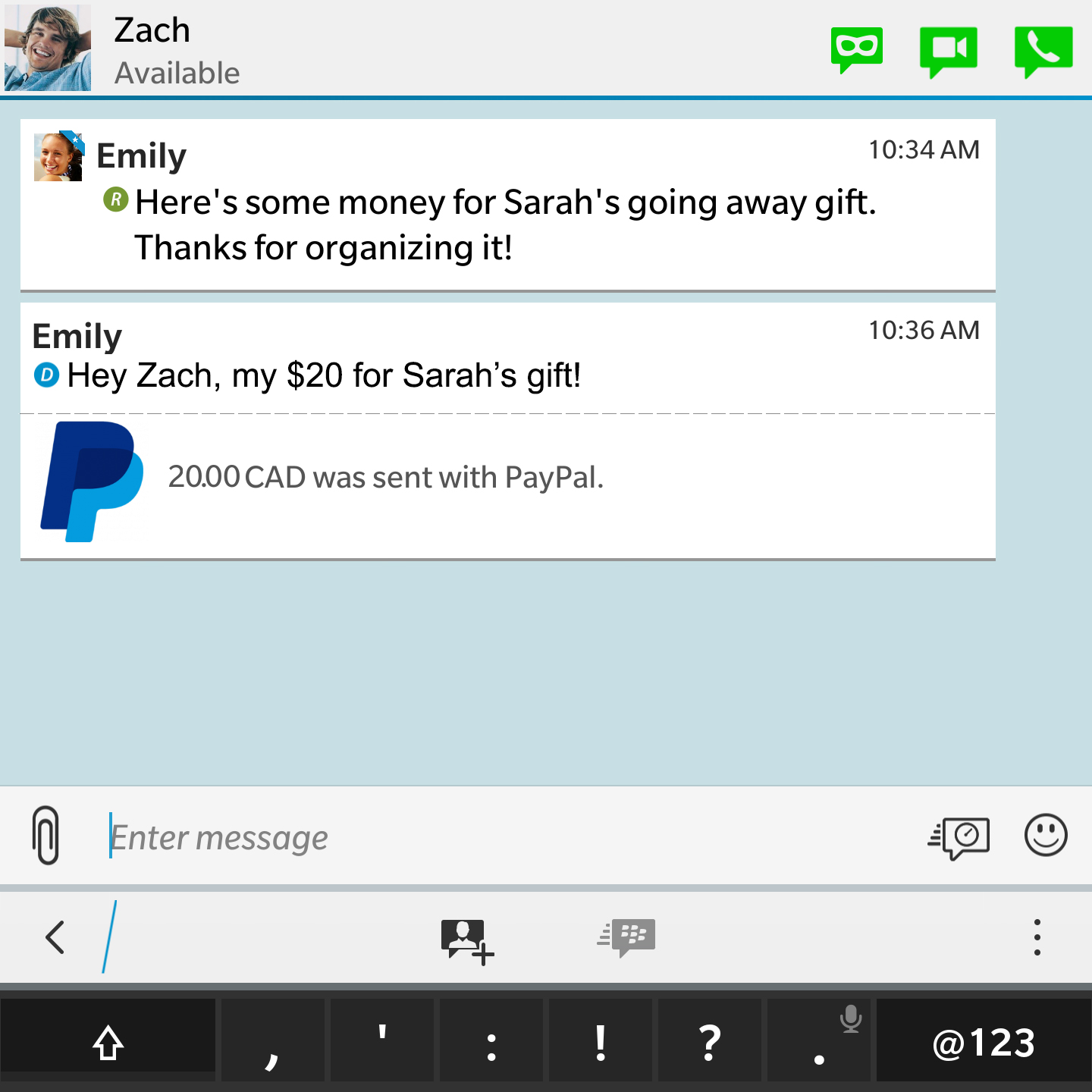 Starting today, Canadian BBM users on Android, BlackBerry 10 and iOS can help beta test the service once they’re running the latest version of the popular messaging app. To take advantage of this feature, both the sender and receiver need to link their BBM and PayPal accounts. Once that’s done, using PayPal to transfer funds is straightforward.

BlackBerry says the feature will become available in other countries in the coming weeks.

BlackBerry Messenger can be dowloaded from the Google Play Store, BlackBerry App World or the iTunes App Store. While it appears that the beta program is closed to new testers, BlackBerry will likely roll out the update to regular BBM users in the coming weeks.