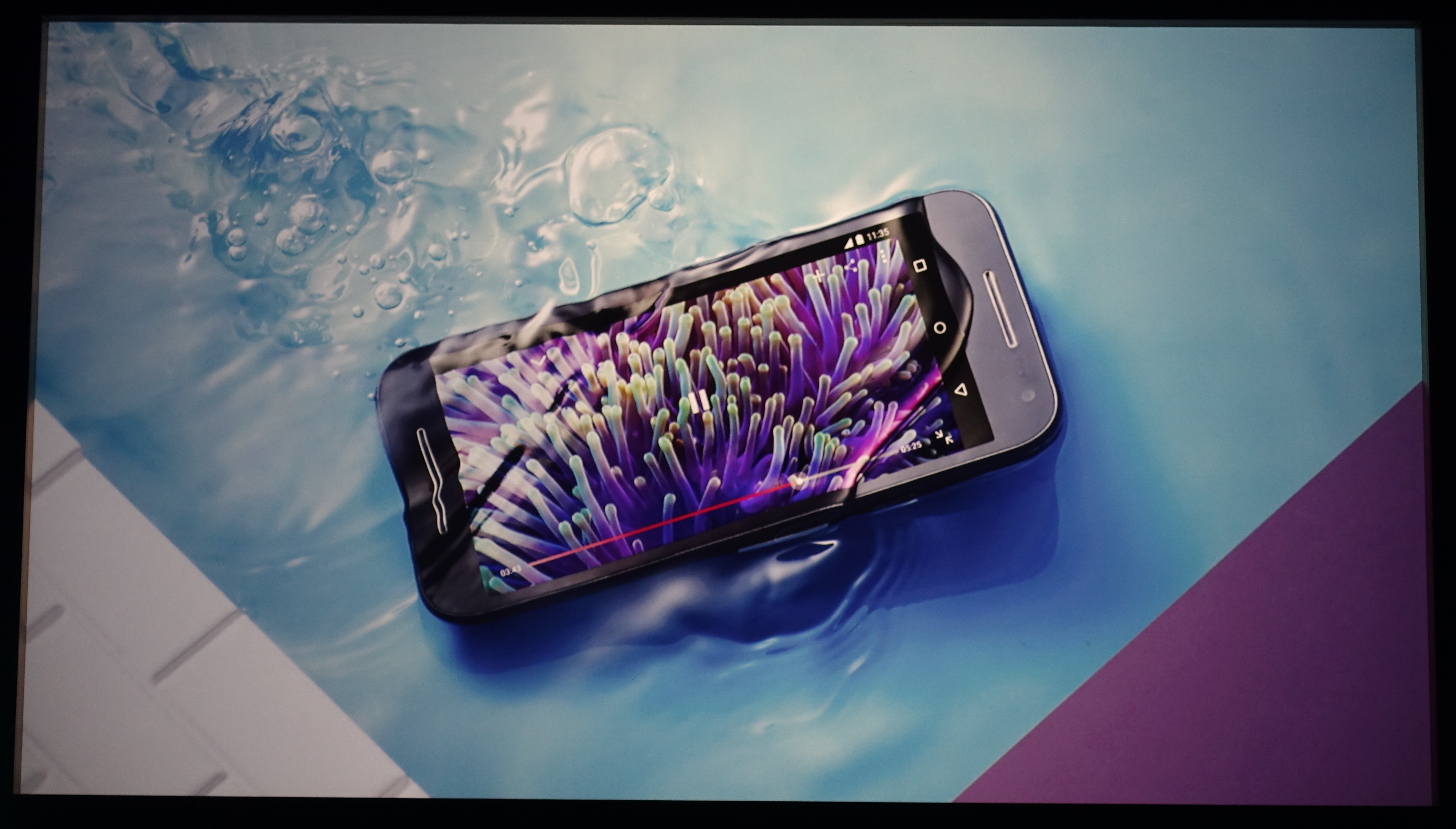 Motorola has announced its third-generation Moto G today, doubling down on the model’s emphasis on photo quality, battery life, and durability.

One of the most-leaked devices in recent memory, the Moto G 2015 comes with a 5-inch 1280 x 720 pixel LCD display, a quad-core 64-bit Qualcomm Snapdragon 410 chip, a 13MP rear camera with an f2.0 lens, a 5MP front-facing camera, North American LTE support, and a 2,470mAh battery. Motorola says this rear camera sensor is the same one found in the Nexus 6 released last year.

Like the last-generation model, the Moto G 2015 will be highly customizable, with replaceable coloured backs that snap on and off depending on one’s mood. But this year’s model has a few more tricks up its sleeve. It is IPX7 certified, allowing it to be submerged in up to three feet of  water for up to 30 minutes. And Motorola is finally giving users the choice to buy a Moto G variant with more RAM, offering a 2GB model that pairs with 16GB of storage; the base model will still feature the 1GB/8GB combo we’ve come to expect from the company. And, of course, this year’s model will have a microSD slot for expandable storage, which works particularly well with Android 5.1.1.

An emphasis on features that people really care about continues with the software, which remains a close kin to stock Android with a few new Motorola tweaks. Moto Display, Quick Capture and Quick Flash are all present, but the emphasis is on speed, stability and quality. And as with last year’s model, the Moto G 2015 should last all day with its battery.

While it lacks the flashiness of the high-end Moto X, the Moto G, along with the less expensive Moto E, continues to be Motorola’s breadwinner. It sells incredibly well because it combs the fine line between inexpensive smartphone and essential productivity tool, forcing other manufacturers to up their game and lower their prices.

Moto G is coming to Canada on Friday, July 31st for “about $199 CAD” outright, and likely $0 on a 2-year contract. It will be available on Friday at Bell, Koodo, Telus, Virgin Mobile, with Wind Mobile launching in the coming weeks. The Canadian model will feature 1GB of RAM and 8GB of internal storage.