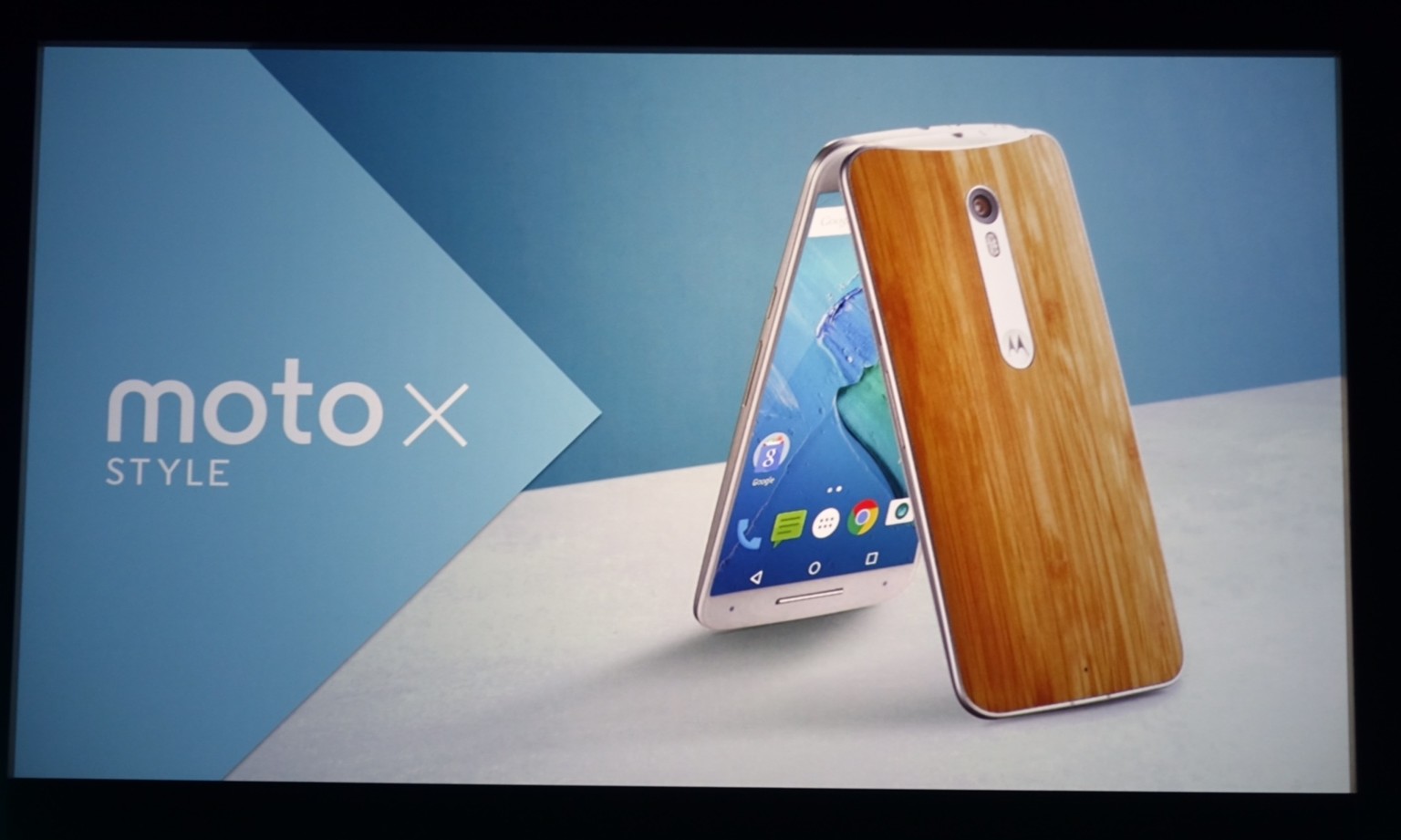 Motorola has announced its latest flagship, the Moto X Style, today at a simulcast event in London, New York, Sao Paolo and Mexico City, markets where the Moto products have traditionally excelled.

Motorola sales grew 118% last year, despite tumult at the corporate level, according to Rick Osterloh, the company’s President. But since Motorola is now owned by Lenovo, not Google, it can concentrate on what it’s always been good at: hardware.

This brings us to 2015, and the third-generation of the Moto X, led by the Moto X Style. The phone still looks like its predecessor, with curved sides and the choice of leather or wooden backs, but it features a larger 5.7-inch display with a QHD display and a 21MP camera. Its LTE band is universal, which means that it will work on all bands across North America.

Running a Snapdragon 808 processor and 3GB of RAM, the base version of the product has 16GB of internal storage, with Moto Maker increasing that option to 32GB and 64GB. It does have a microSD slot, thankfully. It also has a 3,000mAh battery, and a water resistant nano-coating.

Running stock Android 5.1.1, the Moto X Style is Motorola’s flagship for the year, despite the presence of the Moto X Play, which is coming to Canada in August. Motorola is not promising to bring the Moto X Style to Canada anytime soon, but it will be hitting other markets in September.