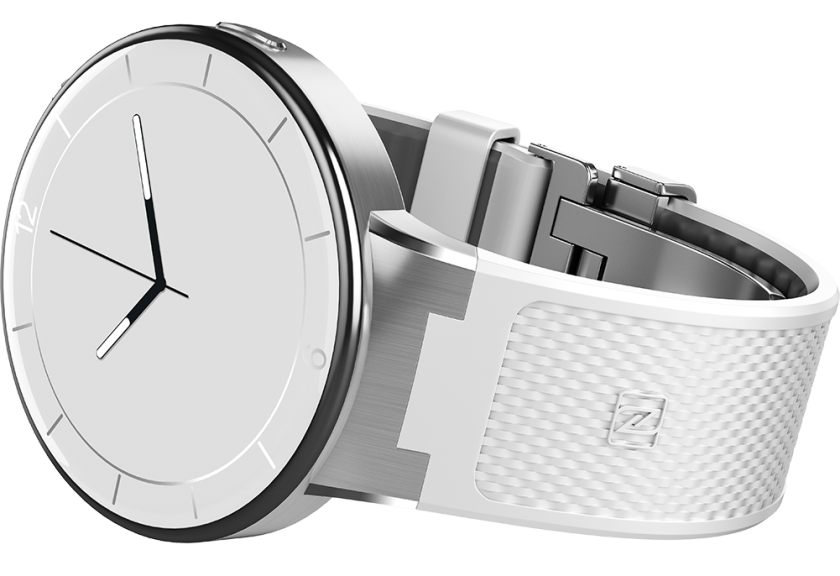 Alcatel OneTouch’s first smartwatch was released quietly this past April, lost in the fanfare of that other smartwatch.

The device, which features iOS and Android support, doesn’t have the same feature set as a wearable from Apple or Google, but performs well as a notification triage, fitness tracker, and music controller. And at $149.99 USD, it is significantly cheaper than most other touchscreen smartwatches out there. 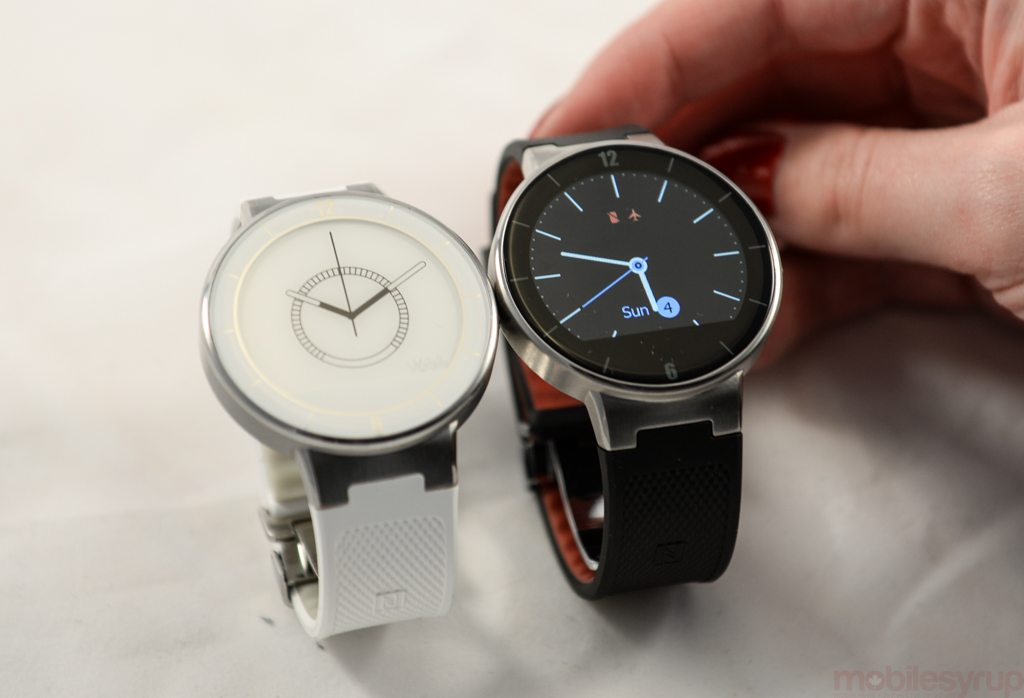 Previously only available in black and red, the Alcatel OneTouch Watch is now available in white, on both the face and the strap. Aimed at those with smaller wrists, it is limited to Small/Medium sizes, but that’s the demographic AOT is going for, according to a company representative.

Recalling our hands-on, the Watch is not without its issues, but overall left a good impression.

The diminutive round smartwatch features a 1.22-inch 240×204 pixel LCD panel, a low-powered STM429 SoC, a 210mAh battery with two to five days of battery depending on usage, a heart rate sensor, water and dust resistance and full notification support on both iOS and Android.

Users can also control music apps and take remote camera shots using the Watch. AOT built a USB charger into the strap itself, eliminating the need for proprietary docks or cables, and charging takes around one hour.