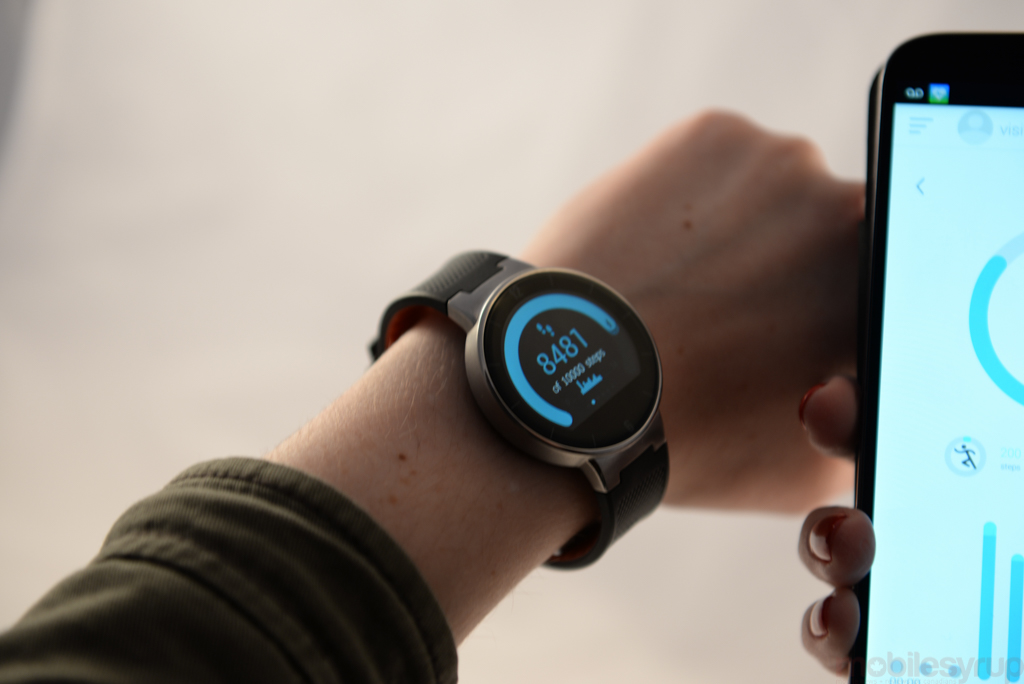 The Alcatel OneTouch Watch, announced at CES, is now available for Canadians to pre-order beginning at $149.99 USD ($191 CAD) through the company’s online store.

The Chinese OEM’s first wearable device steers clear of Android Wear in favour of its own RTOS (real-time OS) in order to ensure iOS compatibility out of the box. Like cross-platform wearables like Pebble, AOT’s Watch treats each OS differently depending on its own capabilities.

Alcatel OneTouch is using the Watch launch to inaugurate its e-commerce store, where users will be able to purchase unlocked phones and accessories directly from the company. “This new direct to consumer channel unlocks an opportunity for Alcatel OneTouch to offer our North American customers the freedom of choice in smart mobile technology in their lives,” said Steve Cistulli, AOT’s Senior Vice President of North America.

The diminutive round smartwatch features a 1.22-inch 240×204 pixel LCD panel, a low-powered STM429 SoC, a 210mAh battery with two to five days of battery depending on usage, a heart rate sensor, water and dust resistance and full notification support on both iOS and Android.

Users can also control music apps and take remote camera shots using the Watch. AOT built a USB charger into the strap itself, eliminating the need for proprietary docks or cables, and charging takes around one hour.

When we tried the Watch at CES it had a few touch responsiveness issues, but overall it seemed like a very capable smartwatch for the price. We should know soon enough.