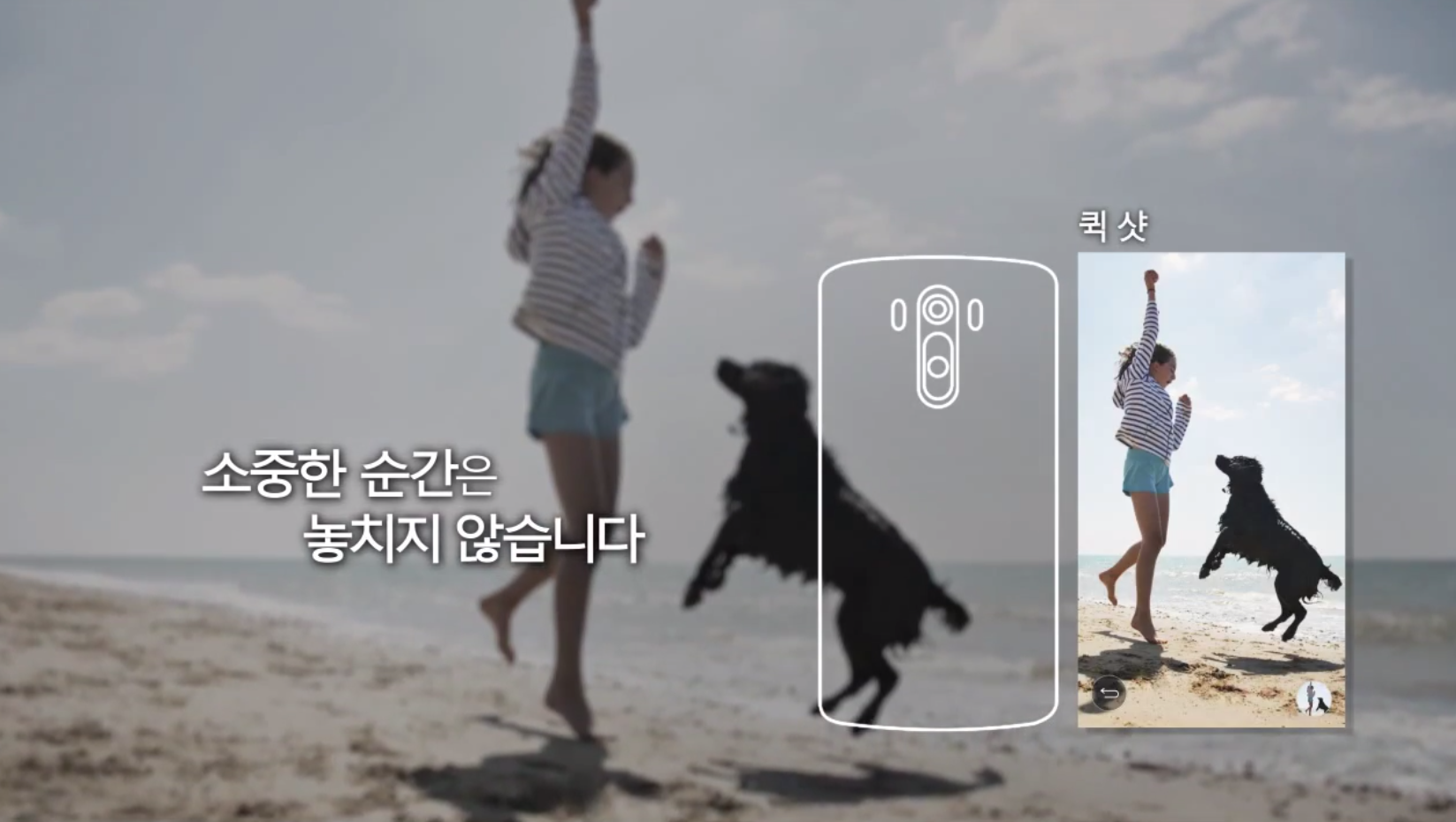 While most Canadians were enjoying the waning hours of their long weekend, LG was busy releasing a teaser video of its coming smartphone user experience refresh.

LG UX 4.0, which is coming with the new LG G4, a phone we’ve seen in the past few weeks thanks to several leaks, was showcased in the video.

Unfortunately, the text explaining the update’s new features is in Korean.

Now, despite having spent years waking up at all sorts of ungodly hours to watch Korean players play Starcraft, I actually don’t know a single word of Korean.

However, with the help of several websites, and multiple passes through the video, it’s possible to get a pretty good sense of the features LG is set to add.

For instance, one new feature, called Quick Shot, allows the user to snap a photo by quickly double clicking the volume down button on the back of the phone. This can be done even when the phone is locked. As Android Central points out, the Galaxy S6, which is being officially released in Canada this Friday, has a similar feature, so LG may have been inspired by its South Korean competitor here.

Another new camera feature, which should make all the budding photographers out there happy, allows the included camera app to switch between different usage modes. One such mode is Expert Mode, which allows the user to manually set parameters like aperture, shutter speed and ISO.

Of course, LG hasn’t focused all its attention on just its camera software; there are other user experience changes here, as well.

The one feature that it seems most people will get use out of is called Smart Board. This Google Now-like widget collects informations from various sources—the calendar, music app and health app, as well as other sources— and displays it all in one place.

Also on the so-called smart front are Smart Alerts. This feature allows the new UX to suggest relevant activities based on information it knows about its user, the time of day and the weather outside. So, as someone who like to ride their bike, the phone may suggest that I take a bike ride later in the day if it’s sunny.

Those are only some of the features showcased in the company’s teaser video; there are sure to be more features the company hasn’t revealed yet. In any case, we’ll have to wait until April 28, when LG officially unveils the G4, to see what else LG has in store for its new user experience.