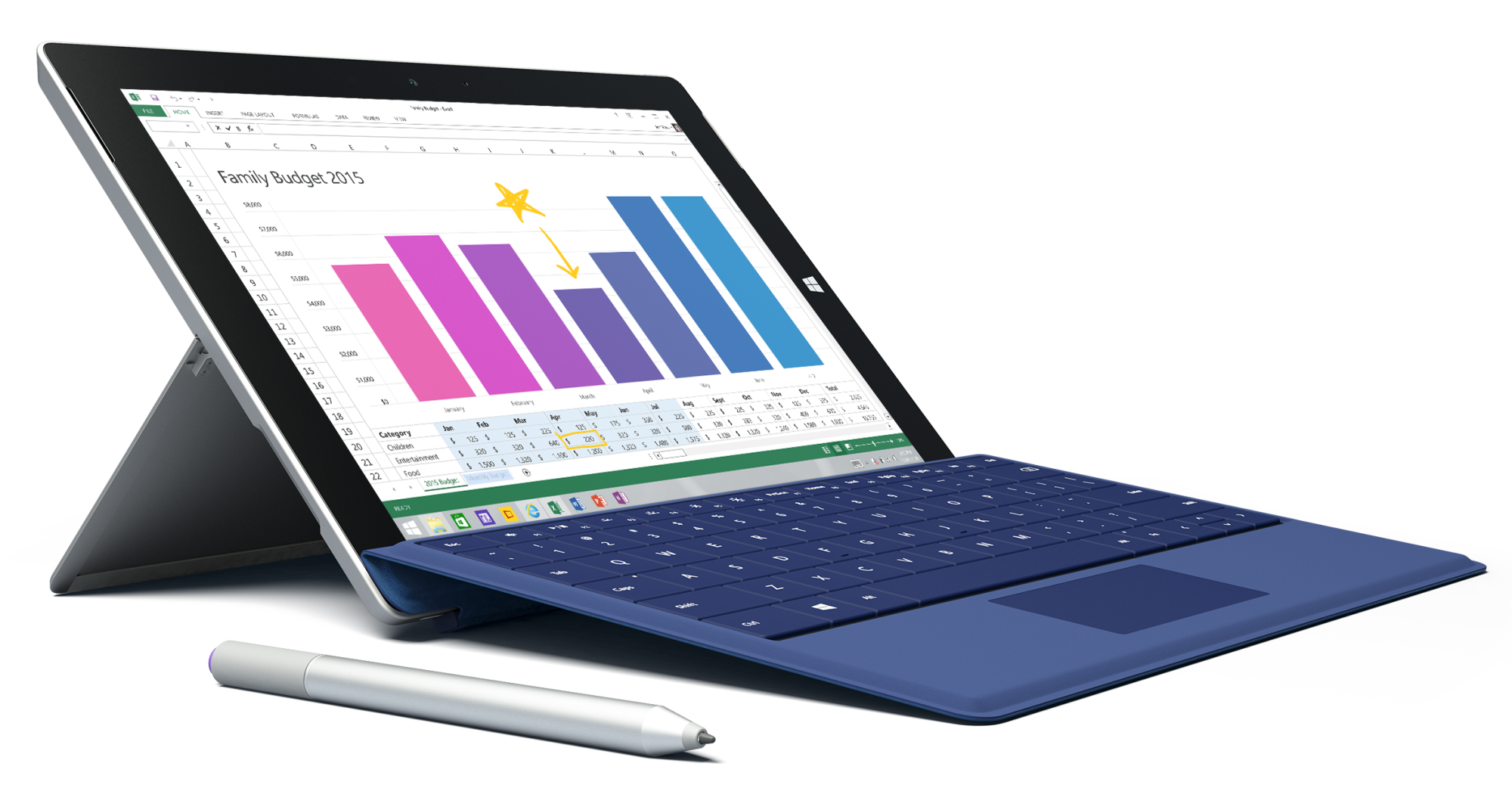 The original Surface RT never quite found its place in the world of tablets. It was, compared to the iPad, large and heavy, and not quite powerful enough to perform the tasks users required of it. Its ARM-based Tegra chip meant the device, even when paired with a beautiful keyboard cover, couldn’t run the legacy apps needed to get things done, and it lacked the app ecosystem to fill in the gaps.

The Surface 2, while still ARM-based, had fewer issues. It was lighter, higher-resolution, and considerably more capable, with nearly a year between it and the introduction of the Windows Store. But when Microsoft announced that the consumer version of Windows 10 would remain x86 only, the future of Microsoft’s smaller, cheaper tablet/laptop hybrid remained unsure.

Today, the company announced the third generation of the Surface tablet, and the Surface 3 improves on its predecessors in every way. It is also Intel-based, allowing it to run a full version of Windows 8.1, with a free upgrade to Windows 10 in the coming months.

With a 10.8-inch1920x1280 pixel HD display, the Surface 3 maintains the 3:2 aspect ratio of its larger Surface Pro 3 counterpart, but replaces the Intel Core CPU in favour of one of its new Atom chips. The quad-core 1.6Ghz Atom x7-Z8700 SoC is a huge step up in CPU and graphics performance from the Tegra 4 from the last-generation Surface. Featuring four Airmont cores, the new x7 SoC, which was announced back at Mobile World Congress, is built on Intel’s new 14nm manufacturing process. The CPU design is almost identical to Bay Trail, the Atom SoC powering many of the latest tablets from Asus to Samsung, but it is slightly faster and runs much cooler. It also sports 10-hour battery life.

The biggest improvement over Bay Trail SoCs is the upgrade to the graphics: Cherry Trail features Intel’s Gen 8 GPU, a major step up in speed and standards support. We’ll dive into the speeds and feeds in the coming weeks, but suffice it to say this is one of the faster low-wattage SoCs on the market today.

While the Surface 3 resembles its Pro sibling in many ways, Microsoft has pared back the capabilities of the kickstand to three positions; on the Pro, it is more precisely adjustable. The magnesium body has three inputs: a micro-USB port for charging (finally!), a full-sized USB 3.0 port, and a Mini DisplayPort for plugging in an external monitor.

This is also Microsoft’s first low-cost tablet to support the company’s N-Trig pen input, the likes of which will be sold separately for $49.99 CAD. And of course, the Type Cover keyboard/cover will retail separately for $159.99 CAD, so add that to the total cost if you want to do more longform typing. There will also be an optional $249.99 CAD docking station, which adds more ports and access to all of Microsoft’s Surface Pro 3 accessories.

The company will also offer an LTE model, which tacks on $100 to the cost of either variant, and all units come with a microSD slot for external storage.

The company is putting up pre-orders today, and the device will begin shipping to Canadians on May 5th, with wider retail availability on May 7th. Buyers get one year of Office 365 for free as well.