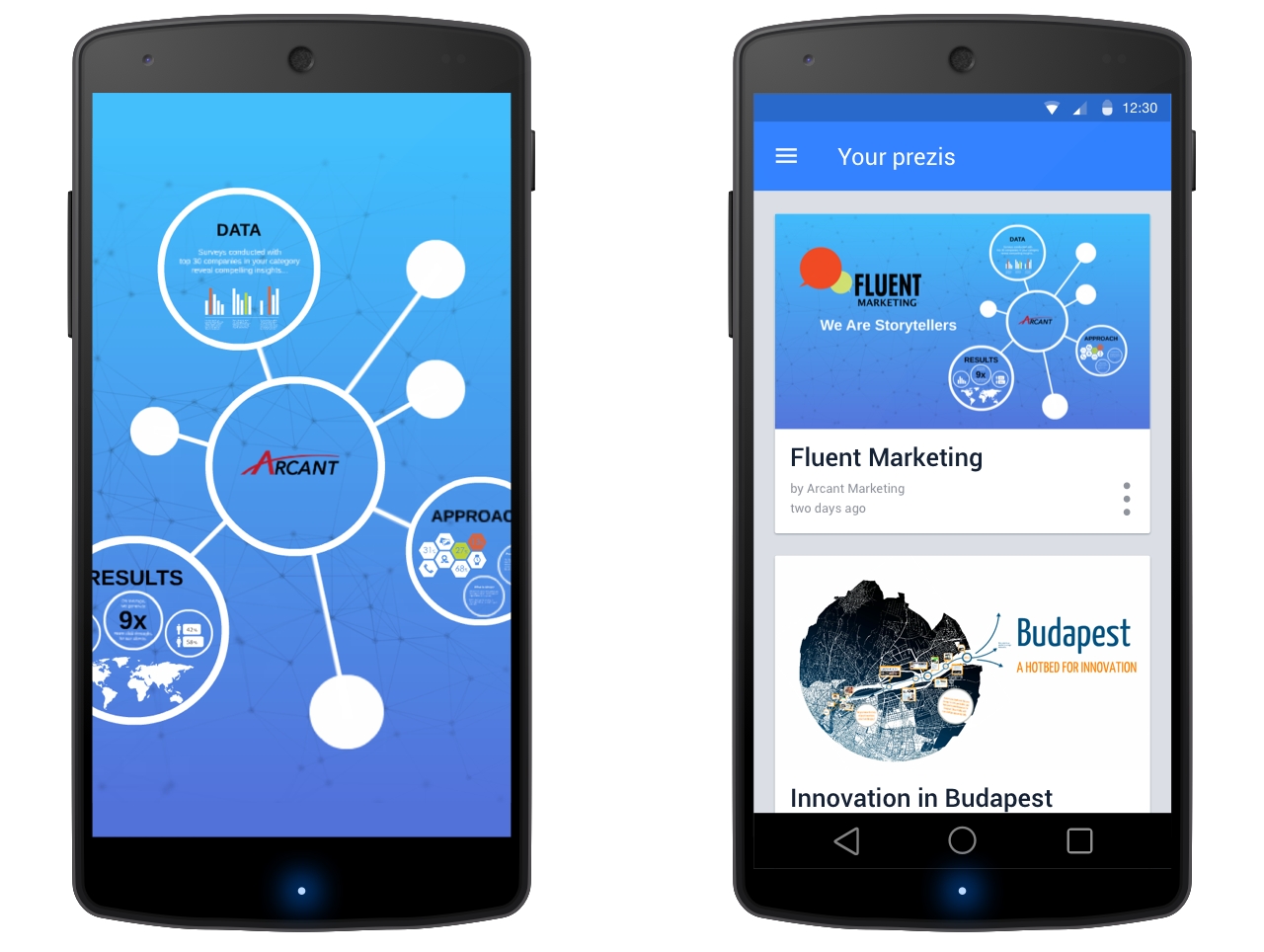 Prezi is one of the best ways to create beautiful presentations that don’t cause people to fall asleep. Seriously, if you haven’t checked it out, head over there. We’ll wait.

OK, back? The company announced today that it has launched an Android version of its Prezi Viewer, a read-only mobile application that allows users to fill the screen with those smooth transitions and bouncy effects wherever and whenever.

Prezi already had an iPhone version of its Viewer app, and an iPad app that allows for creation and editing of new and existing presentations. Despite having tablet compatibility, the Android version is more like the Viewer than a full-fledged productivity app.

The good news is that Prezi has included Chromecast support for beaming presentations to a television.

Prezi made the news a few weeks ago when it launched a consumer-focused iOS app, Nutshell.