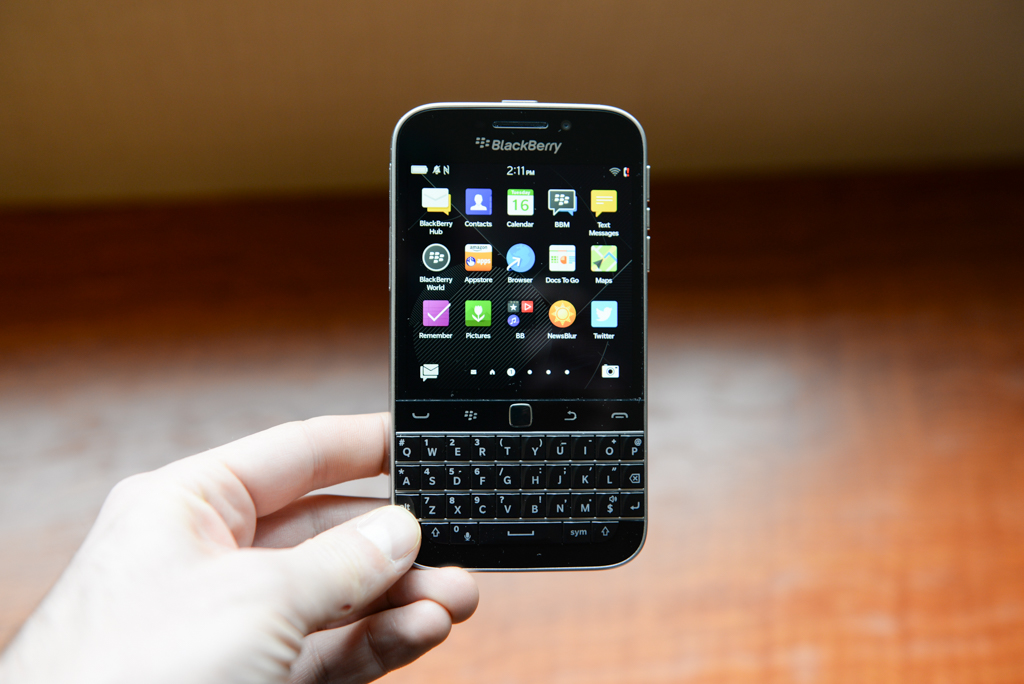 You’ve seen them on the streetcar and at the airport, the baseball game and the carnival: a person typing something on one smartphone, putting it back in his or her pocket only to remove another moments later.

This person is the dual-wielder, someone who carries around a personal smartphone for pleasure and a second one for work. In years past, the contrast would often be absolute: a brand new iPhone or Android device coupled with an aging, button-peeling BlackBerry Curve or, at most, a Bold.

With the bring-your-own-device movement in full swing, we’re seeing less and less of these types of people, many of them either upgrading to a single high-end phone, usually an iPhone or Galaxy, but sometimes a BlackBerry 10 device.

In my review of the Classic, I argued that the device is good for many things, but it is not a comprehensive smartphone solution for people that want access to the latest apps, games and services. It’s very much a productivity device, the hardware keyboard taunting its peers with unmatched speed and accuracy, but it lacks in many tangible areas. Its 1:1 aspect ratio screen provides a pretty poor experience for longform reading or video watching.

But as a second smartphone, relegated specifically to tasks where the Classic excels, it’s an excellent product. It’s difficult to find a true rival to BlackBerry’s robust email and calendar apps, and the Classic’s trackpad makes typing quick notes, or select-copy-pasting large swaths of texts, faster and more reliable than pecking-and-holding on a touchscreen.

There are certain cases for buying a BlackBerry as a primary device, one that could be augmented by an Android or iOS-based tablet. Of course, not everyone will want, or need, a second phone, but the case can be made for the Classic, or any BlackBerry phone, to find success in that niche category.

But why would one need two smartphones? Think about the way people use tablets today, and apply that thinking to owning a second smartphone. The cost of a $399 Huawei Ascend Mate 2 and a $499 BlackBerry Classic comes to just the same as an iPhone 6 Plus, and while neither device can solve every platform problem, the former could be used for media and app consumption and the latter for communication.