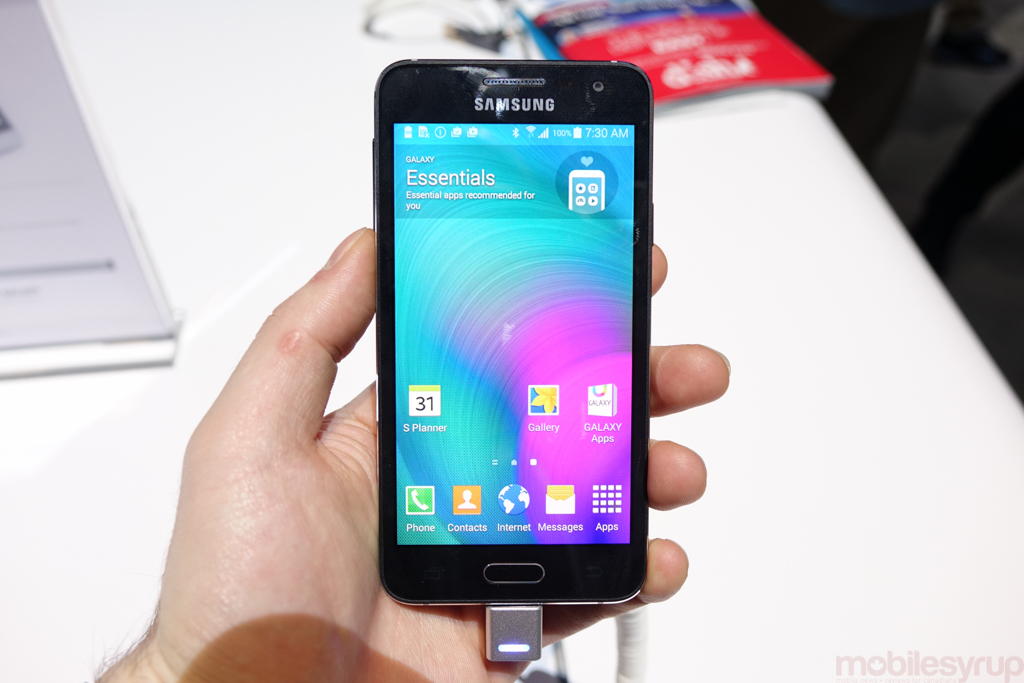 Samsung has not been shy about unveiling new smartphones, despite its promise to cut a significant share of its lineup in 2015.

We had a chance to play with two of the three new A-series at CES last week, and came away impressed with these thin mid-range, all-metal devices. 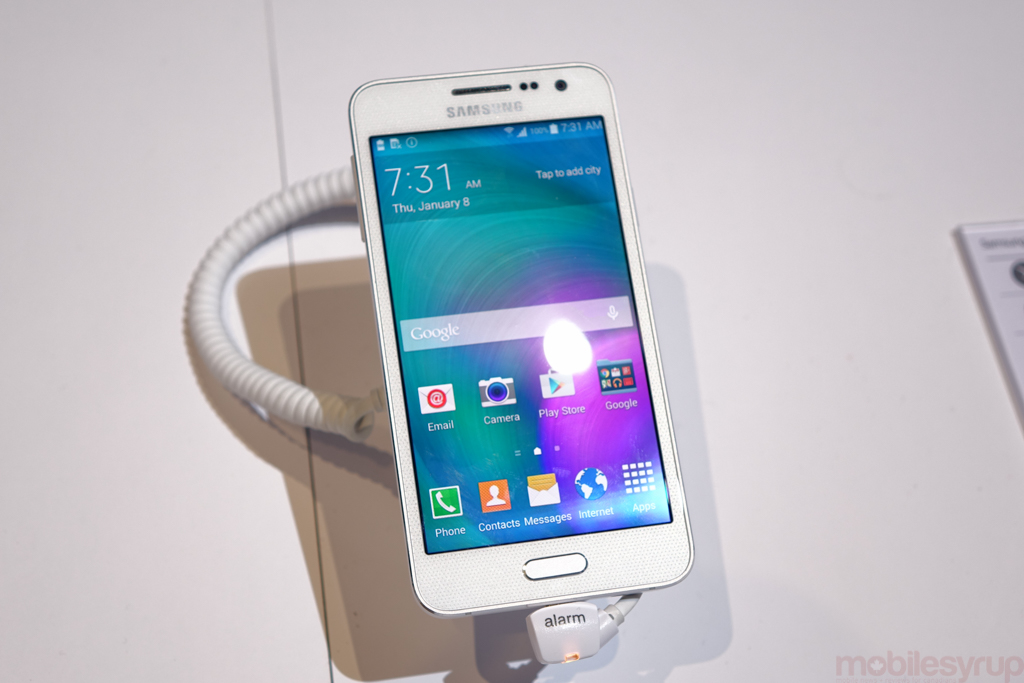 The A3 is, of course, the cheaper of the two, with a 4.5-inch 960 x 540 pixel qHD display, a 1.2Ghz Snapdragon 410 SoC, 1.5GB of RAM, 16GB of storage and an 8MP camera, but the device feels incredibly solid and performs well. Samsung has also done a great job keeping the fundamentals of its new Android 4.4.4-based TouchWIZ interface intact on the lower-resolution screen, and users will likely be quite happy with the experience. 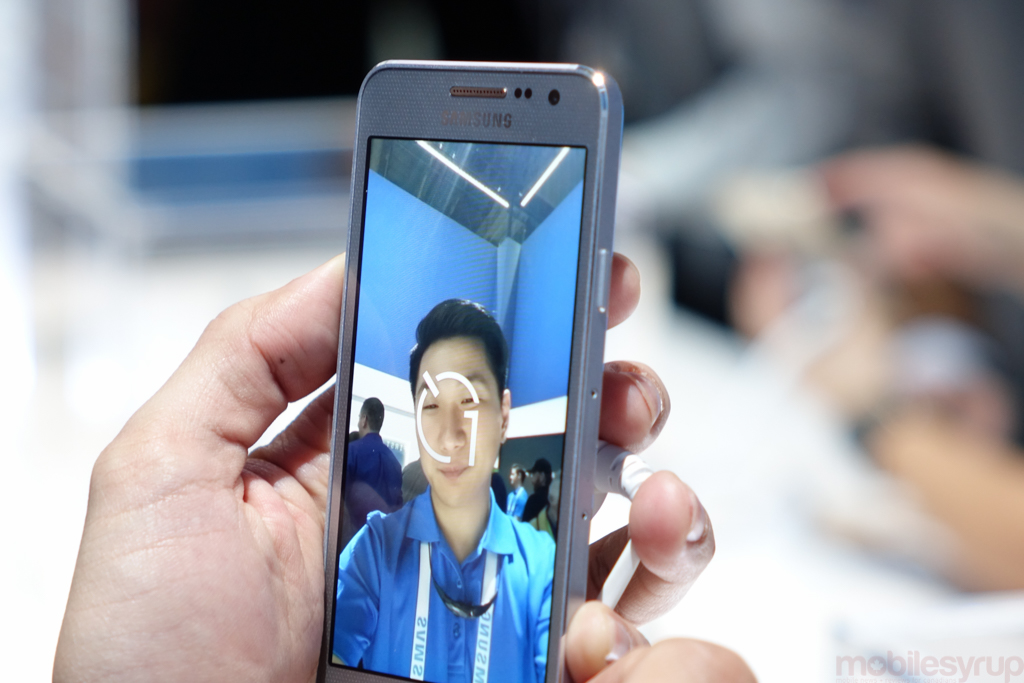 The 5MP front-facing camera has been tuned for selfie heaven, with a number of features like auto capture and real-time touchups that should appeal to the targeted demographic. Its 1,900mAh battery is removable, too, and while that number may seem low, the 6.9mm device should last more than a day on a charge thanks to its low-power 64-bit chip and moderate-resolution display. 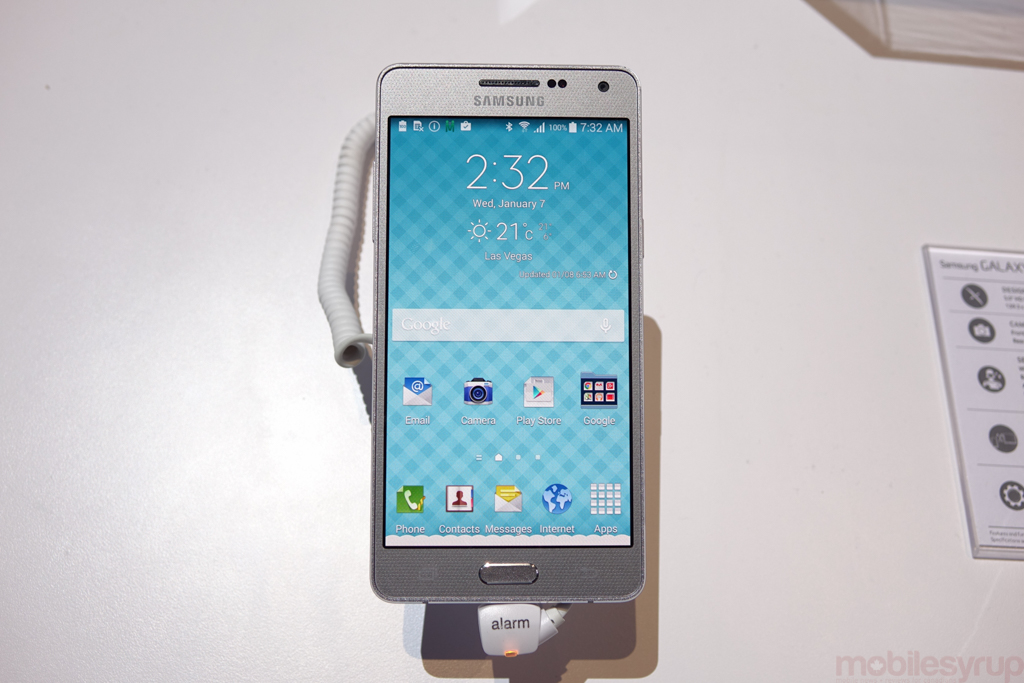 The A5 is a slightly more powerful version of the A3, with a larger 5-inch 720p display and a full 2GB of RAM, but is otherwise almost identical to the A3. It features a 13MP rear camera with ISOCELL technology, which should help it in low-light situations, and the 2,300mAh battery promises to keep it alive all day. (We saw the dual-SIM versions but Samsung is also making single-SIM variants.) 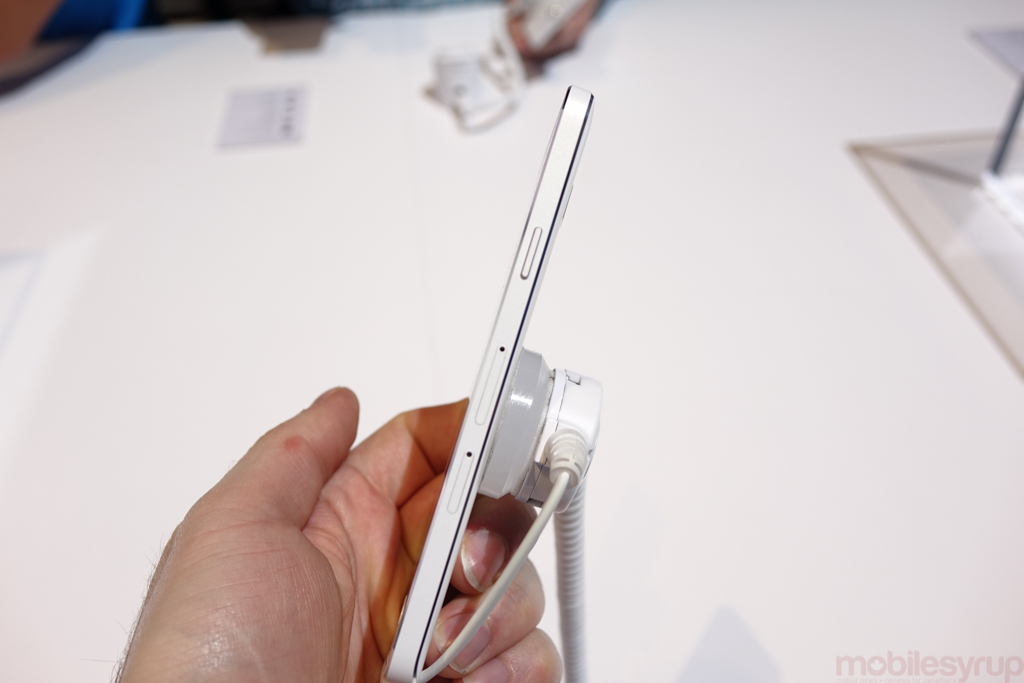 It doesn’t offer any of the premium features found in the Galaxy S line — no fingerprint scanner, no heart rate monitor — but the A5 should succeed the Alpha in most markets. The lower price comes with a much slower SoC — the same 1.2Ghz Snapdragon 410 — so no one should consider this an upgrade, but the A5 should hold its own against many other midrange devices. At 6.7mm thick, the metal housing feels both solid and robust, and the entire outfit puts it squarely in the sights of the second-generation Moto G. 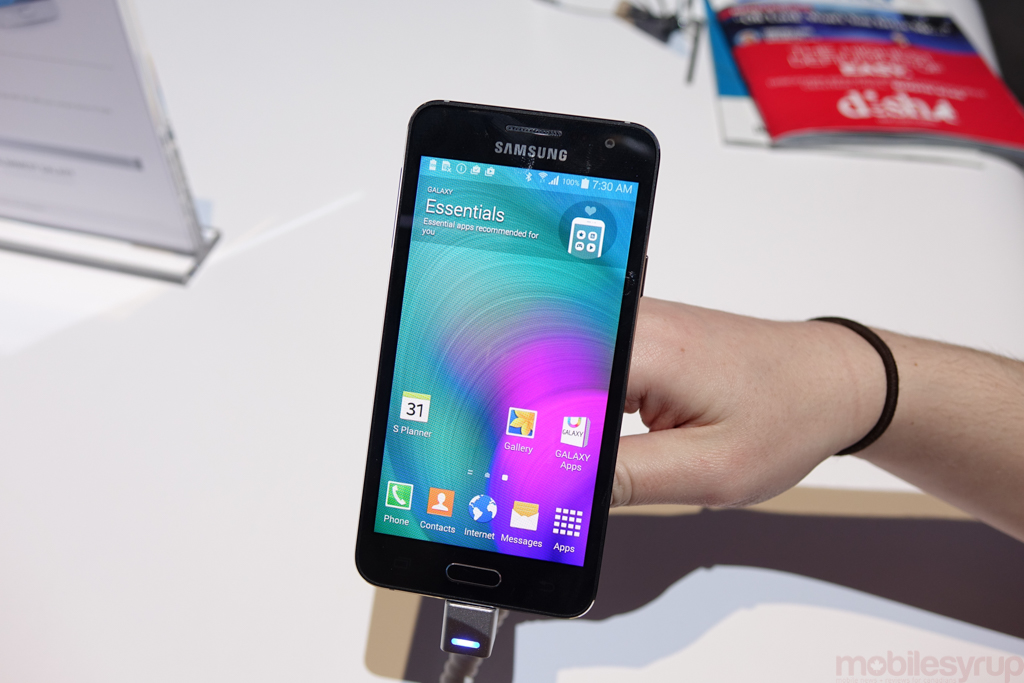 With the A7 just recently announced featuring a larger 5.5-inch display and an octa-core chip, the A3 and A5 look to service a demographic that wants smaller devices at a low price point. In our brief time with the phones, it’s clear that Samsung is on to something with its new thin-and-metal design language, and we’d definitely like to see them arrive in Canada.

The biggest takeaway here is, like in previous years, Samsung is bringing over its flat new user interface to cheaper models. Unlike Apple, which updates the look and feel of all of its devices until it chooses to no longer support them, newer software on legacy Samsung devices — say, a KitKat upgrade for the Galaxy S3 — retains the look of the original shipping software. There is no question Samsung’s made marked improvements to TouchWIZ over the past year, and will likely continue to do so, and with these newer products those niceties can funnel down to a sub-$300 price point.

Selfie-obsessed: CES indulges our preoccupation with ourselves