Rogers launching project ‘Stripes’ in the coming weeks, will ‘provide the best value for money for our customers’

When Guy Laurence took over leadership of Rogers he ushered in a new era with a goal to bring the company and all its assets under “One Rogers.” Laurence outlined the Rogers 3.0 plan with seven core areas of focus that ranged from becoming “a strong Canadian growth company,” to “deliver compelling content anywhere,” and “overhaul the Customer Experience.” 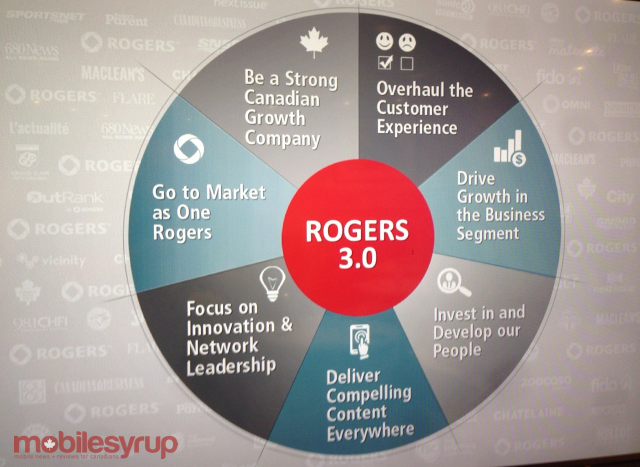 According to sources, Rogers will soon be taking a step forward to focus on the customer. An internal doc reveals that “Rogers is launching a highly competitive and confidential project (code name: Stripes) in the coming weeks which will demonstrate exactly how serious we are about overhauling the customer experience – in a big way! Stripes will differentiate Rogers in the market and combined with Share Everything plans will provide the best value for money for our customers.”

There is no indication of exactly what Stripes is, or how much it costs, but we’ve been informed that it combines “Share Everything + Stripes,” which would mean there is some sort of add-on, possibly targeted to those roaming to the United States. “Stripes” is expected to be available mid-November.

During an interview in May, Laurence stated to us that they are not “a company that intends to go backwards. This is a pioneering company, we believe in innovation.”