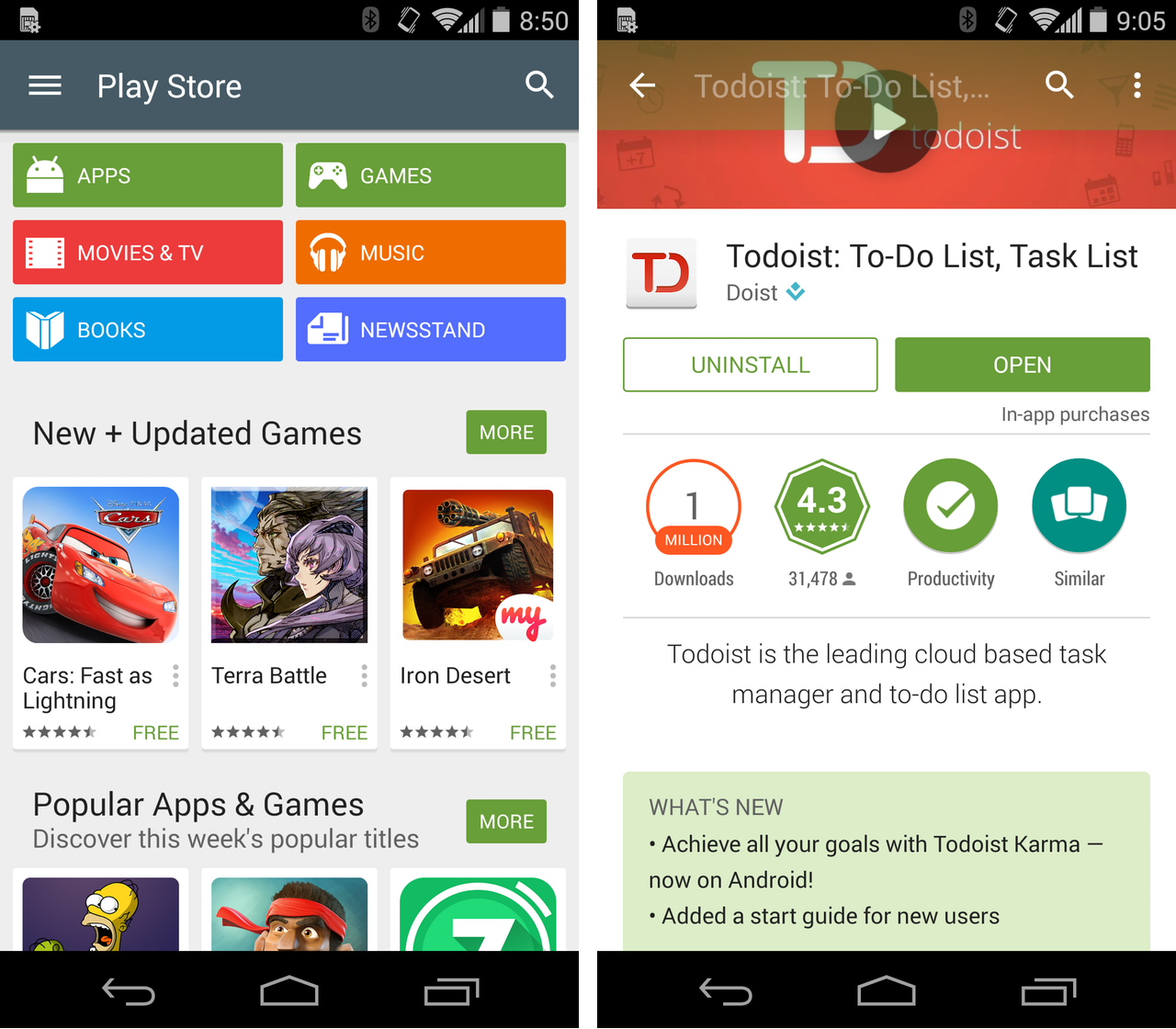 Google has begun rolling out a new update to the Play Store that adds another layer of Material Design goodness to the version that rolled out in July.

Not only does the app sport a new icon (seen on the far right, above) but it has elements of Material Design’s new animation framework.

The app itself functions identically to the previous one, but Google righted its wrong and moved the “What’s New” section back to the top of the app’s profile, so users no longer have to dig into the Description to see more than a few lines of an update.

Smaller touches, like a new “Updated App” icon for the notification shade, are also included, but otherwise this is merely an aesthetic improvement, with new darker shades for the Play Store’s various sections, and some nice new animations that are sure to look great on the Nexus 6.