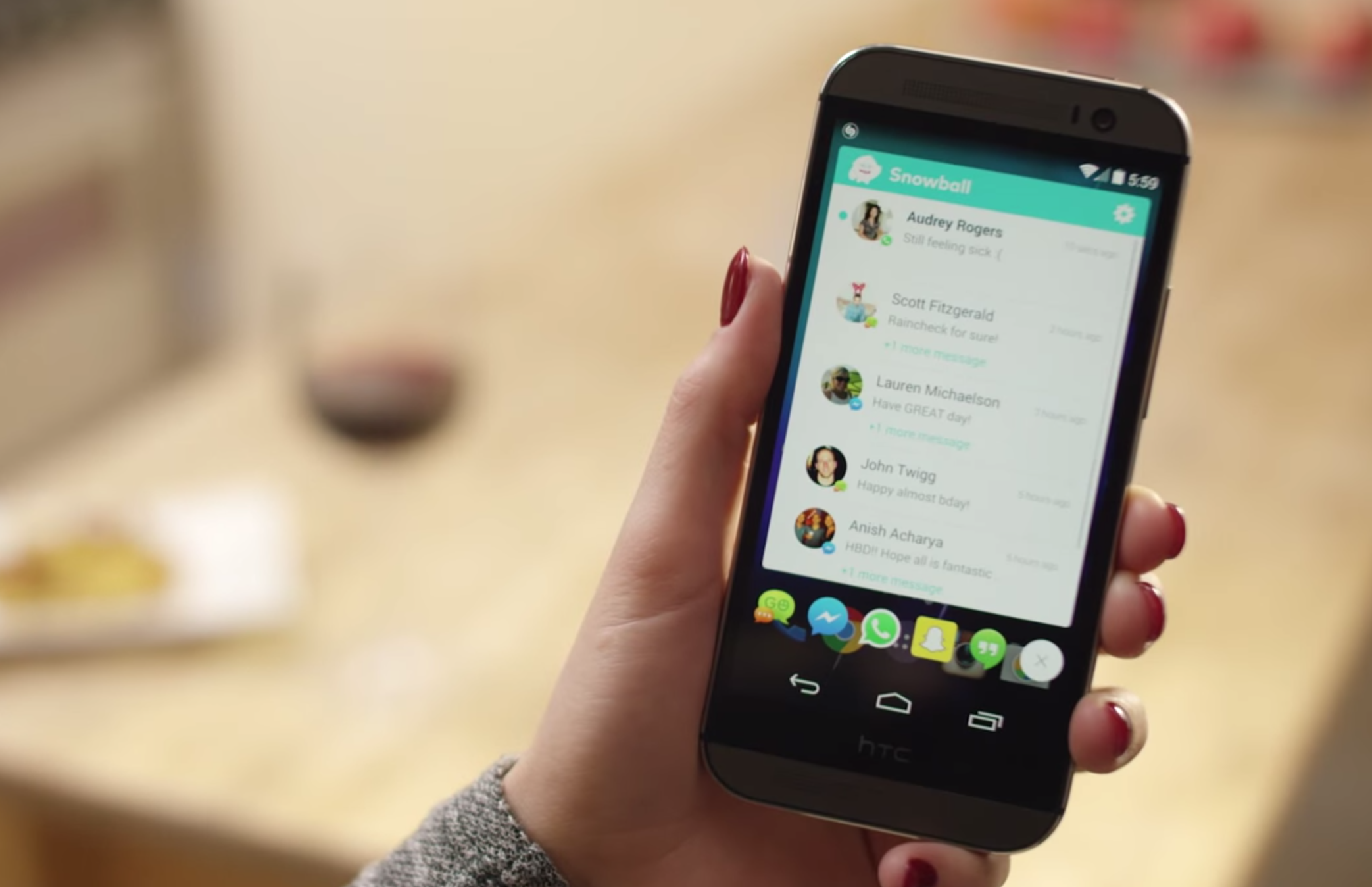 Former Google engineers building an Android-only message triage app as part of Google Ventures doesn’t seem like an unlikely scenario, but the result, Snowball, promises to do great things for people who use lots of disparate messaging services.

During the day, I use WhatsApp, Google Hangouts, Facebook Messenger, Kik, Slack and Twitter to send and receive messages. While I’d love to get all my friends onto one service (Hangouts FTW!), that’s not going to happen anytime soon. 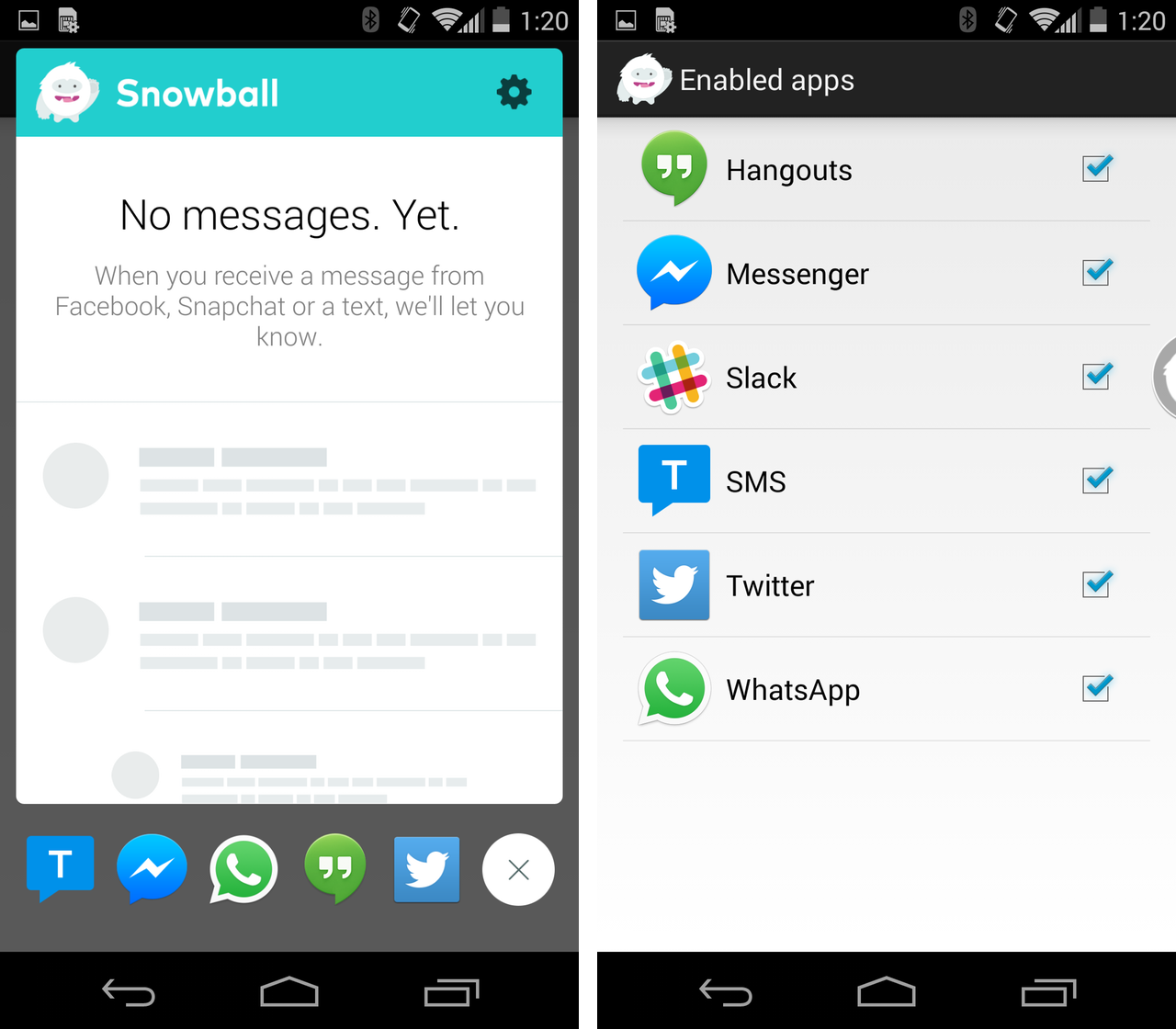 Snowball tries to consolidate all of that incoming “traffic” into a single place, tapping into Android’s Notification Listener service (introduced in Jelly Bean) to funnel various instant messaging services like the ones listed above into a Chat Heads-like experience.

Snowball creates a round, moveable window that disappears into the contours of one’s screen when there are no messages. If one comes in, the circle appears with a number denoting the tally and tapping on it reveals the floating window above. Tapping on a message itself will open that app.

The only app it doesn’t work well with is Facebook Messenger, since that one already creates its own floating window (by default — it’s possible to turn it off), but otherwise everything else seems to work quite well. It’s not a fulsome solution, since one needs the apps themselves — Snowball doesn’t (yet) tap into the services’ APIs, it just acts as a front layer.

Snowball is in a free beta at the moment, and support for more messaging apps will be added soon. The app also supports quick launching up to five messaging apps, so even if you don’t have a message to respond to it’s easy to open the app to begin a conversation.

Snowball is interesting largely because it tries to build on top of Android’s extensibility functions, and because of that it wouldn’t work with iOS. Apps like IM Pro+ and Adium have tried for years to tap into social networks’ APIs, but increasingly access to them is being lessened or restricted completely. Snowball, at the moment, is the next best thing.