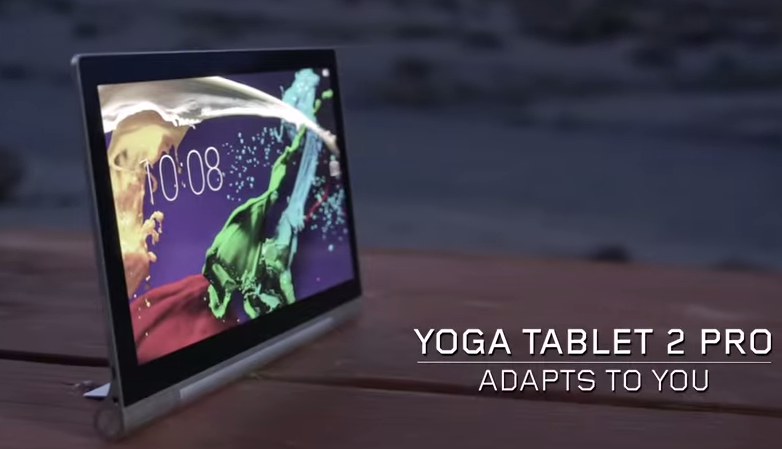 It’s been a year since Ashton Kutcher was revealed as Lenovo’s newest employee, and now the company is keen to show off what he’s been up to for the last 12 months.

Dubbed the the Yoga Tablet 2 Pro, this is a tablet like no other, because it actually contains an integrated pico projector. This allows users to project a 16:9 image from their tablet onto any surface without having to fiddle around with a separate device. Lenovo claims the Yoga Tablet 2 Pro boasts a three-hour playback time so you should be able to get two full movies in before you have to plug in. Outside of projection, battery life is supposedly 15 hours. 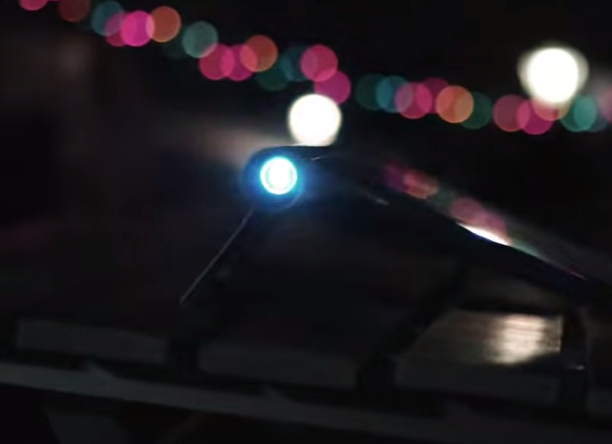 At 13 inches in size, this isn’t the most portable tablet, but (like previous generations of Yoga) it does have a stand, so you don’t have to hold it in your hands if you don’t want to. Lenovo is highlighting four separate modes (Hold, Tilt, Stand, and Hang), but none of them involve a keyboard dock. Despite its ‘pro’ branding, Lenovo is really pushing this device as a tablet for “entertainment buffs” as opposed to productivity fiends (which sort of makes sense, given the Yoga Tablet 2 Pro runs Android as opposed to a full desktop OS).

Powering the 13-inch QHD 2560 x 1440 display is a 4th generation Atom processor from Intel, 32GB of storage (with expansion up to 64GB via MicroSD), as well as an 8MP camera, and optional 4G LTE. Pricing is going to be €499 when the Yoga Tablet 2 Pro launches in Europe later this month. We’re still waiting to hear about Canadian availability and pricing. We do know that U.S. pricing is set at $499.99, though, so we expect Lenovo will be charging at least $499.99 if and when this device arrives here.

Update: Lenovo Canada has confirmed that the Yoga Tablet 2 Pro will be priced at $549.99 when it launches closer to the end of this month.

Check out all the things Lenovo expects you to do with this massive tablet in the video below:

And here’s a not-so-horrible clip of Ashton Kutcher integrating the tablet into his life.